You Should Read This: Karen Swallow Prior on Hannah More–Poet, Reformer, Abolitionist 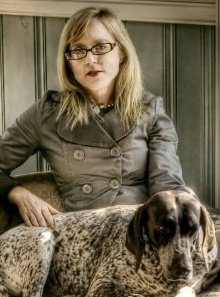 The Humane Society of the United States knows that protection for animals will not come to our country without the support of the Christian churches. Toward that end, they have launched a video series on Faith and Animal Protection. It is a great series for a number of reasons, including the fact many more will come to know how famous people like William Wilberforce and C.S. Lewis had not-so-famous (but very significant) concern for animals.

But it is also great because it brings important Christian voices to the fore who are less well-known. The series, for instance, features Prof. Karen Swallow Prior speaking about the subject of her forthcoming and important book Fierce Convictions: The Extraordinary Life of Hannah More. Prior spends most of the time in the videos speaking about More’s concern for animals–which manifested itself in, well, absolutely fierce opposition to bull-baiting, cockfighting and other animal abuse of her day.

But much like her contemporary and friend, William Wilberforce, she was an Evangelical with consistent and wide-ranging convictions about protecting the most vulnerable. Her best-selling poetry and books (one of which went through an astonishing nineteen editions!) were instrumental, not only in ending the English slave trade, but in helping reform the educational system–especially in ways that benefited the poor and marginalized. Prior shows that is only a slight exaggeration to claim that she “taught a nation how to read.”

And these are just a few of things she accomplished in a truly extraordinary life–I’d recommend reading the book to learn more. Prior’s voice is absolutely unique and becoming increasingly important as a public intellectual. Indeed, I see lots of the extraordinary biographer in this biography. Look for its release in early November, or use the link above to pre-order.

Let me conclude by connecting Prior’s project to another point I wanted to make down the road, but one that probably doesn’t deserve its own blog post. For some time now, we have had growing and indeed overwhelming evidence that arguments alone convince only a tiny minority of people to take or change a position on a particular ethical issue. A position without any supportive arguments, of course, is empty, dangerous, and…well…false. But in order to have broad and lasting impact, ideas must be embodied. My experience is limited, of course–I don’t know what all of us are doing in our classrooms–but I suspect moral theology could benefit from more biography. After all, the Word did not come to us as an abstract idea–but the Word was made flesh as an embodied person with a story. If our students (or our academic interlocutors) are going to be moved, it is unlikely to happen without more attention to the stories of real people. I know that I, at least, need to read and teach more books like Fierce Convictions.