At the recent Catholic Conversation Project meeting in Helena, Montana, sponsored by Carroll College, one of the main topics on the agenda was an extended discussion of the relationship of theology to experience. This topic was discerned at the end of last year’s meeting. However, it has renewed relevance in light of discussions over Paul Griffith’s CTSA plenary address. In a sense, the concern many express when they indicate theology is “messier” than Griffith’s account of it is really built on claims about experience informing the ways we do theology.

During the day-long discussion, one key element which came up was the relationship between “experience” and “institutionalization” – in other words, how do we understand the claim made on the Church as a whole by individual or small group experience? There is a difference between recognizing experience and institutionalizing it. An example might be the differing ways in which the tradition has “authorize” instances of private revelation or the process by which certain individuals are recognized as “saints.” In both cases, the institutionalization relates to experience, but the sphere of experience remains much larger than the portion which is institutionalized. That is one distinction.

Q. What kind of relationship is there between you and Benedict XVI? Do you have a regular exchange of opinions? Is there a common project after the encyclical (“Light of Faith”)?

A. We see each other. Before I departed [for Korea] I went to visit him. Two weeks earlier he sent me an interesting written text and he asked my opinion on it. We have a normal relationship.

I return to this idea, which may not be liked by some theologian. I am not a theologian, but I think that the emeritus-pope is not an exception. But after many centuries he is the first emeritus. Let us think about what he said, I have got old, I do not have the strength. It was a beautiful gesture of nobility, of humility and courage.

I think that the emeritus pope is already an institution because our life gets longer and at a certain age there isn’t the capacity to govern well because the body gets tired, and maybe one’s health is good but there isn’t the capacity to carry forward all the problems of  a government like that of the church. I think that Pope Benedict made this gesture of emeritus popes. May, as I said before, some theologian may say this is not right, but I think this way. The centuries will tell us if this so or not. Let’s see.

Our relationship is truly that of brothers. But I also said that I felt as if I have a grandfather at home because of his wisdom. He is a man of wisdom, of nuance that is good for me to hear him. And he encourages me sufficiently too. That’s the relationship I have with him.

“Maybe some theologians may say this is not right… but I think this way. The centuries will tell us if this is so or not. Let’s see.” This is an interesting, fair, and substantial approach to what it means to institutionalize experience. At the end of the day, Pope Benedict XVI discerned in his experience that he was not call to continue in the papal office. Is he setting a precedent? Was it an exceptional situation, combining an elderly pope facing problems at the Vatican that were a bad match for his skill set, with his own vivid memories of Pope John Paul II’s slow decline? Or will this become a typical expectation for popes, because of the contextual changes Pope Francis cites? Francis is saying, well, we don’t know. Let’s see. The theologians don’t all need to agree. But we also don’t need to charge ahead – after all, Francis is the pope, and (at least for some), his words in an interview could be taken as “authoritative teaching.” He says, well, this is what I think, but we’ll see. Maybe all theologians could have that approach to experience!

Our First Anniversary: A Series on Theology in the Blogosphere 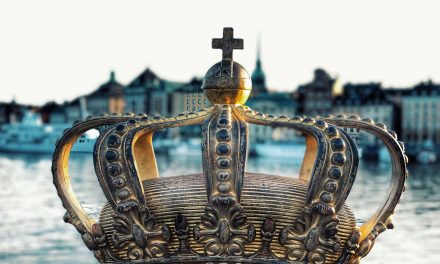