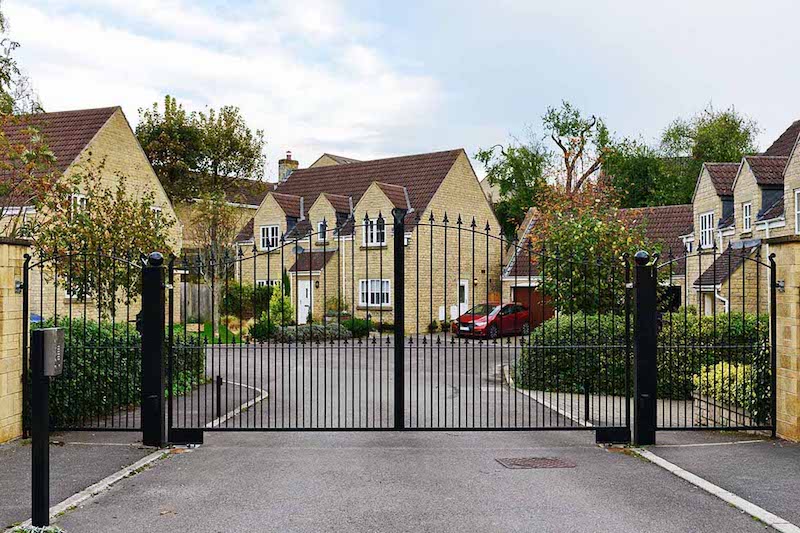 In “Exclusion, Fragmentation, and Theft: A Survey and Synthesis of Moral Approaches to Economic Inequality,” David Cloutier provides a thorough and enlightening overview of economic inequality in the United States. Demonstrating an admirable grasp of the economic literature, Cloutier explains the different facets of the problem, including surprising findings such as a growing inequality among those living in poverty. He also surveys Christian ethical responses to the issue, weaving them together into a comprehensive moral framework.

Before doing so, let me summarize some key points from Cloutier’s essay. He classifies three distinct ways of defining and describing economic inequality: exclusion, fragmentation, and theft.

Exclusion: This approach to economic inequality focuses in particular on those at the lower end of the economic spectrum. It highlights how the poor are excluded from the material resources needed for a decent standard of living. Material deprivation can also be linked to exclusion or marginalization from community life and political participation.

Fragmentation: While not ignoring how economic inequality leads to exclusion, this approach focuses on how it can contribute to a breakdown in trust and solidarity in society. This breakdown in solidarity hinders society’s ability to tackle broad social problems such as climate change or health care reform.

Theft: This approach focuses on how those at the higher end of the economic spectrum game the system in order to maximize their wealth. As an example, Cloutier mentions the institutional factors that allow corporate CEOs to jack up their compensation, but one could also mention the gaming of the housing market by investment banks leading up to the financial crisis in 2007 and asset stripping by private equity firms.

Cloutier argues that each of these approaches to economic inequality contains elements of truth and that all three are needed for a comprehensive response to the problem. The complexity of the problem, however, also illustrates how difficult it will be to address. The ability of those at the top to game the system, the fragmentation and loss of solidarity resulting from inequality, and the marginalization of those at the bottom from equal participation all militate against successfully responding to economic inequality. So what can be done?

There are three types of action in which Christians can engage to help address economic inequality: personal transformation, social activism, and political reform. Each has roots in the Catholic social tradition and each attempts to address distinct aspects of the problem of economic inequality laid out in detail by Cloutier.

By personal transformation I mean adopting lifestyle choices and spending habits that can help combat some of the corrosive aspects of economic inequality, even in a small way. As Cloutier explains, a significant driver of economic inequality in the United States today is the growing market for “positional goods” among the middle and upper middle classes. Positional goods are those goods or services aimed at giving one an advantage over others or setting oneself apart from others. Paradoxically, however, as these goods and services have become increasingly available to the upper middle class, they lose their value (since their value as positional goods arises from others not having them), creating endless demand for more expensive or exclusive positional goods inaccessible to others.

As Cloutier explains, this pursuit of positional goods erodes solidarity since resources that could be used to improve the lives of the less well off are used instead for luxury items. The increasing demand for more and more leads even members of the upper middle class to feel stretched thin financially, making them less willing to support higher taxes or charitable giving. In his book The Vice of Luxury: Economic Excess in a Consumer Age, Cloutier explores some of the personal choices Christians can make to resist these competitive pressures. He recovers the concept of “luxury” used by the Church Fathers and progressive economists alike to offer a moral framework for consumer choices based on solidarity rather than acquisitiveness.

For example, Christians who live in cities may opt to use public transportation more often or live closer to the city center to reduce auto traffic. Others may choose to live in smaller towns to avoid some of the consumer pressures built into urban life. Cloutier also advocates cutting spending on luxury items that contribute little to real human flourishing, instead using the money to cover the costs of more expensive but more ethical consumer choices or to contribute to those in need. Although better consumer choices alone will not solve the problem of economic inequality, greater attentiveness to how we are being formed by the consumer culture and making consumer choices consistent with the virtues is something most Christians can do.

The second type of action for addressing economic inequality is social activism. By this I mean people working together to advocate for economic justice or greater solidarity. One important and relevant form of social activism comes through labor unions. Catholics have played an important role in the growth of labor unions since the nineteenth century. Labor unions were crucial to establishing the social conditions that contributed to what Cloutier, following the economists Peter Lindert and Jeffrey Williamson, calls the “Great Levelling,” the period in the middle of the twentieth century when economic inequality was significantly reduced and social solidarity was strong (although it should  not be overlooked how this period overlapped with racial segregation in the United States, in which labor unions sometimes participated). Strong labor unions increased the ratio of returns that went to workers, raising wages and giving workers some power over their workplace. Labor unions held political power, whether formally as in countries like France or informally like in the United States, that enabled them to influence policies that balanced the interests of the classes and mitigated economic inequality.

Beginning in the 1970s, a combination of a changing economy, anti-labor policies, and other factors led to a decline in labor union membership and power, arguably contributing to increasing economic inequality in subsequent decades. Labor organizers today are attempting to re-invent the labor movement in a different economic environment, with more workers laboring in the service and retail sectors rather than in manufacturing. Likewise, as Cloutier points out, the “Great Levelling” in the United States took place during a period of restricted immigration; today, labor organizers are working with immigration activists to promote the rights of both immigrant and native-born workers.

Community organizing is another form of social activism that can contribute to combatting economic inequality. Community organizers help communities advocate on issues such as affordable housing, immigrants’ rights, and gentrification. By working together, residents can have a more powerful voice and get the attention of political leaders. Catholic and interfaith coalitions have become involved in community organizing in urban areas and other parts of the United States such as the border region in Texas. Labor unions, community organizations, and other forms of social activism provide avenues of participation for the excluded and help address some of the structural causes of economic inequality.

The third way of addressing economic inequality is through political reform. Political reforms to address economic inequality in the United States have come in waves, particularly the Progressive Era in the 1910s, the New Deal in the 1930s, and the Great Society of the 1960s. In the aftermath of the Great Recession and the more recent coronavirus outbreak and resulting economic depression, we may be on the cusp of another period of reform. Cloutier mentions some areas where political reforms could prove potent in reversing economic inequality: regulating the financial sector; placing restrictions on CEO compensation; and strengthening the social safety net. Progressive reforms could also help redistribute wealth by making it easier to establish worker cooperatives or requiring corporations to include workers in the management of the company.

As I already noted, however, political reform is difficult because in the United States economic wealth translates into political power. There is entrenched resistance to any reform to combat economic inequality. At the same time, the Catholic leadership is not united behind a reform agenda (as it arguably was with its 1919 Program of Social Reconstruction, for example) and has squandered its moral authority through the sexual abuse crisis. Even Catholics committed to a reform agenda have other policy priorities, as well, and only so much political capital to go around. There are hardly any Catholic politicians who can speak sincerely and intelligently in the language of Catholic social teaching. But as I mentioned, we are ripe for a period of reform, so hope is warranted.

For nearly a century, Catholic social activists have been guided by the see-judge-act method developed by the Belgian Cardinal Joseph Cardijn to help the workers of his own time organize and address structural injustices. In his essay, Cloutier has helped us to better see the reality of economic inequality in a more comprehensive and multi-faceted way and to judge its moral deficiencies. This process, however, makes clear that the problem is immense and cannot be easily addressed. I have tried to explore some ways Christians can work toward combatting economic inequality, through personal transformation, social activism, and political reform. It is perhaps sobering to remember that the policies that helped make the Great Levelling possible were the fruit of decades of struggle and sacrifice by labor unions and other activists. We often fall into the temptation of thinking society’s problems have quick fixes or technocratic solutions. Creating a more economically equitable society in our own time may take decades of work, as well. But that should not blind us to the ways we can make a difference right now.

Technology is the Future! Oh, wait…

Doctrinal Assessment of the Leadership Conference of Women Religious: Initial Ramblings by a Feminist Catholic Reader