I find Chef Gordon Ramsay’s culinary boot-camp shtick as mesmerizing as my children do. But I’m also a little queasy about the fact that our 9- and 13-year-old kids are die-hard fans of this particular form of entertainment at a time when 1 in 4 American kids and nearly 50 million Americans of all ages live in what the government calls “food insecure households.”

The rise of our cultural obsession with the behind-the-scenes intricacies of glamorized food preparation, and the ubiquity of perfectly plated dishes on television, seems to have coincided rather neatly with the national dive into economic disaster and mass hunger. Food pantries can barely keep up with demand, and hungry, down-on-their-luck families wait in dingy public service agency offices across America, filling out forms for unemployment, WIC and welfare, while the screen on the wall is more likely than not instructing them about drizzling virgin olive oil on julienned peppers.

The Feeding Americawebsite supports Burleigh’s stated concerns. Proper nutrition is vital to a child’s healthy growth and development. Childhood hunger hampers a child’s ability to learn because hungry children have difficulty concentrating in school. Without proper nutrition, a child’s immune system is weakened, which means the child is more vulnerable to sickness and infections. Experts also warn that food insecurity threatens mental health because children and adults who lack proper nutrition are more prone to anxiety, depression, and aggression. The term “food insecurity” means that a person does not know where they will find their next meal. These statistics are particularly troubling:

Burleigh’s analysis hits home for me. While I have never watched a Gordon Ramsey show, my family enjoys watching Iron Chef and have bought a few cookbooks by Iron Chef Bobby Flay. In fact, we’ve been using Bobby Flay’s Grill It! cookbook a lot lately. Who knew that chipotle chiles in adobo could be so easy to puree and so fun to add to a range of sauces for grilled veggies and meats? But of course, I too have a heavy heart when I consider the millions of children who go to bed with an empty stomach as my 2-year old tells me she doesn’t want her noodles and asks for more applesauce instead. She’s too young to hear me lecture about wasting food and certainly too young to understand what solidarity with hungry children would mean. But I’m not. And while many celebrity chefs do try to raise awareness about food insecurity on their shows (at least occasionally), this of course is not enough. The problems that lead to food insecurity for millions of Americans are complex, and related to the hot-button political issues my colleagues have been focusing on for weeks. The government has a role to play, as do charitable organizations and individual Christians. But next time I feel sucked into watching a riveting program on the Food Network, I’ll think of the term “food porn” and wonder if there isn’t a better way to spend my time.

The Role of Government and the Liturgies of the Nation-State 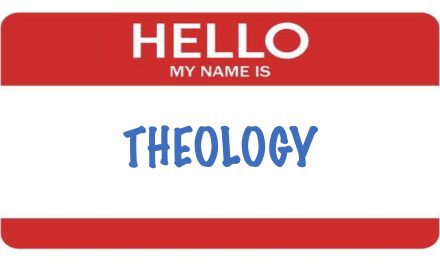 Thoughts on the Joys and Challenges of Introducing Theology