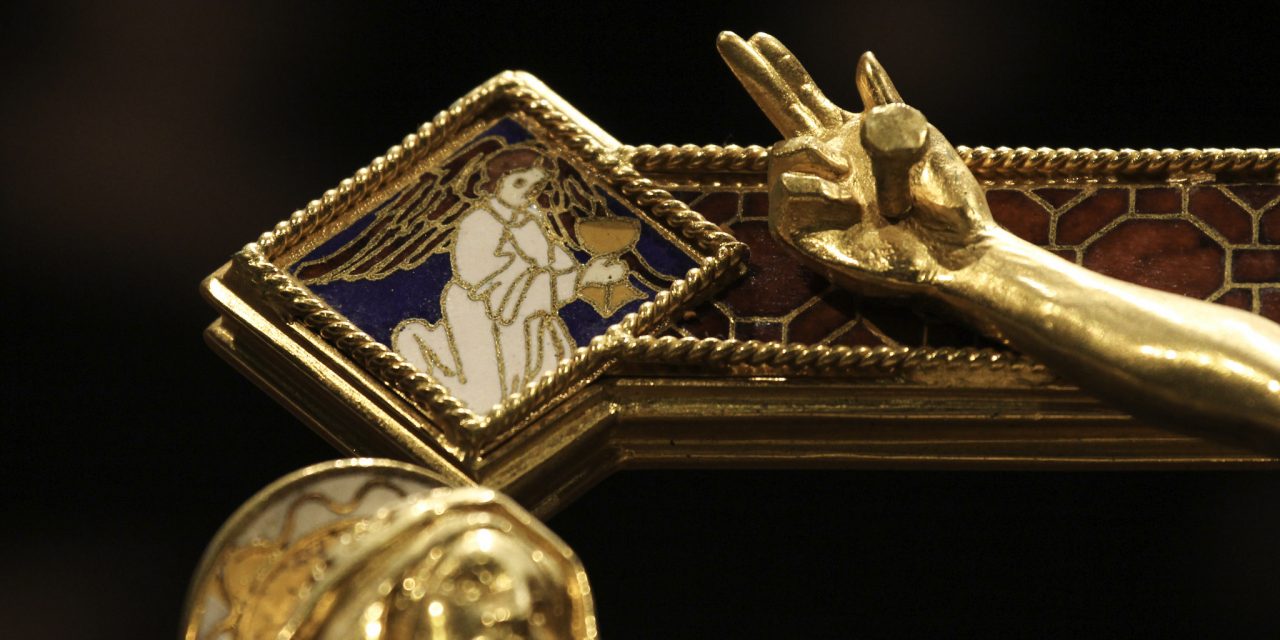 In an October address to commemorate the twenty-fifth anniversary of the publication of the Catechism of Catholic Church, Pope Francis raised the possibility that the Catechism be revised to provide a more absolute prohibition against the death penalty. Francis argues that the death penalty is “deeply injurious of human dignity.” He goes so far as to say that it “is per se contrary to the Gospel, because it entails the willful suppression of a human life that never ceases to be sacred in the eyes of its Creator and of which – ultimately – only God is the true judge and guarantor.” This is quite the claim, since for centuries the Catholic Church has recognized the state’s authority to use the death penalty in at least some cases.

Pope Francis, of course, recognizes that this would be a development in the church’s doctrine. It is also true that the church’s teaching on the death penalty has already undergone significant development in just the past few decades. In his 1995 encyclical Evangelium Vitae, Pope John Paul II stated that the death penalty could be justified “when it would not be possible otherwise to defend society” from the offender, but added, “Today however, as a result of steady improvements in the organization of the penal system, such cases are very rare, if not practically non-existent” (#56). This language was subsequently added to a revised edition of the Catechism, the original version of which (published in 1992) presented the more traditional teaching permitting the use of the death penalty. Pope John Paul II’s statement remains consistent with the older teaching by recognizing that in theory the state has the right to exercise the death penalty, but departs from it by declaring that in practice the instances in which this authority ought to be exercised are “very rare, if not practically non-existent.” Because John Paul’s teaching involved a practical judgment about the necessity of the death penalty, in 2004 then-Cardinal Joseph Ratzinger insisted that “There may be a legitimate diversity of opinion even among Catholics about . . . applying the death penalty,” but nevertheless both John Paul II and Pope Benedict XVI called for the worldwide abolition of the death penalty, demonstrating that the thrust of recent developments in church teaching is toward opposition to the death penalty.

The revision proposed by Pope Francis, however, goes even further than John Paul II’s teaching. The former, by suggesting that the death penalty is “per se contrary to the Gospel,” seems to challenge the traditional teaching that the state has the authority to carry out the death penalty. Although it is not entirely clear, Francis appears to be suggesting that the death penalty ought to be considered “intrinsically evil,” that is, wrong under every circumstance. Precisely because Francis’s proposal seems to run completely counter to the church’s traditional teaching, a number of scholars and other commentators, most notably Edward Feser (here and here), have warned that the pope’s comments need to be clarified and risk creating confusion about the church’s teaching authority.

The church’s teaching on a number of moral issues (such as slavery, usury, war, religious freedom, and marriage, among others) has developed over the years, and in at least some of these cases people argued that these teachings could not change right up until the moment that they did. A discussion of what is authentically part of the church’s tradition and how that tradition can authentically develop requires great care and humility. Of course, the same goes for those advocating for a more absolute condemnation of the death penalty, since the church’s previous teaching cannot simply be dismissed.

In this post and in a second post tomorrow, I want to explore four of the possible arguments for how church teaching on the death penalty might develop in the direction proposed by Pope Francis, despite earlier teaching on the death penalty’s legitimacy. These reflections are merely speculative and should not be taken to be my definitive positions. I will consider the first two arguments in this post, and the second two in tomorrow’s post.

One possible argument is to more clearly differentiate the current practice of the death penalty from the sort of act legitimized in church teaching. Of all the arguments considered here, this one remains closest to the position laid out by Pope John Paul II but departs from it in a significant way. John Paul’s teaching seems to consider the death penalty the sort of act whose moral rightness depends on the circumstances, concluding (as already noted) that the circumstances under which it would be justified today are “very rare, if not practically non-existent.” But is this the best way to think of it?

In his treatment of self-defense, St. Thomas Aquinas argues that a person is morally justified in killing another person if doing so is necessary for self-defense. If killing the other person is not necessary for self-defense, however, then it becomes a sin because the intention now is no longer to defend oneself, but rather to kill the attacker. And crucially, as Aquinas notes, “moral acts take their species according to what is intended,” which means that, depending on whether or not killing was necessary for self-defense, one is talking about two different species, or kinds, of acts: self-defense or murder. There is no reason why the same logic could not be applied to the death penalty, especially since John Paul insists that its sole justification is “to defend society.” If we take seriously John Paul’s argument that under modern conditions the death penalty is no longer necessary to defend society, then executions carried out today are not the sort of act authorized by the church’s traditional teaching, but rather an entirely different sort of act, a form of state-sanctioned murder, despite the material similarities between the two acts and despite both types of act going under the name “death penalty.” If this argument holds, then the church might teach that the death penalty, as currently practiced and therefore as the term is today understood, is intrinsically evil, without contradicting earlier teaching, which described a different kind of act, putting an offender to death when it is truly necessary for the defense of society.

The development in the church’s teaching on slavery can serve as an analogy. In past centuries the church had taught that certain forms of slavery could be morally justified, while also condemned other forms as unjust. More recently, however, the church has more clearly condemned slavery. In Gaudium et Spes, the Second Vatican Council declares that slavery “insults human dignity” and is an “infamy” and “supreme dishonor to the Creator” (#27). The Catechism simply states that “The seventh commandment forbids acts or enterprises that for any reason . . . lead to the enslavement of human beings, to their being bought, sold and exchanged like merchandise, in disregard for their personal dignity” (#2414), and in his 1993 encyclical Veritatis Splendor, John Paul II lists slavery as an intrinsic evil (#80). Theologians such as Avery Dulles, S.J. have argued that these more recent teachings ought to be read in a way that is consistent with earlier teaching, claiming that by the twentieth century the term “slavery” had come to be associated with those forms of servitude which the church had always condemned as unjust. Even so, it is noteworthy that none of the documents cited above offers any nuance or qualification in their condemnation of slavery, leaving open the possibility that even the historical forms of servitude that church teaching had been use to justify were in fact contrary to justice. It is entirely possible that a revised Catechism could adopt similar language about the death penalty, leaving it to theologians to work out the ensuing questions concerning doctrinal development.

This second argument is similar to the first and takes it a step further. One potential problem with the first argument is that what it gains in conceptual precision, it loses in linguistic clarity. The fact that both the sorts of acts church teaching has traditionally permitted and those that could be classified as state-sanctioned murder are referred to as the “death penalty” obfuscates the argument that they are two distinct species of act.

Here the Catechism’s treatment of war could offer an instructive example. The Catechism outlines the traditional criteria of the just-war doctrine, outlining when states might be morally authorized to use military force (##2307-17). The authors, however, put the term “just war” in scare quotes, suggesting that the term is problematic, and when describing the cases in which military force might be morally permitted, consistently use terms such as “lawful self-defense” or “legitimate defense by military force” rather than “war.” The wording of the Catechism seems to reflect two developments in the church’s teaching on war. The first is the conclusion, first found in the teachings of Pope Pius XII, that in modern times war can only be justified in cases of national self-defense or when coming to the defense of an ally or people under attack, thus excluding causes for war traditionally permitted in the just-war tradition, such as punishment for violations of justice. The second is the increasing insistence by the church that, in the words of Pope John XXIII in Pacem in Terris, “it no longer makes sense to maintain that war is a fit instrument with which to repair the violation of justice” (#127). The Catechism’s treatment of war reflects a tendency in the church’s teaching to gradually move away from the language of a “just war” while continuing to use the traditional just-war criteria to maintain a right to legitimate defense, therefore distinguishing what the church now sees as two distinct types of acts on the part of states. Could a revised Catechism make a similar distinction between the death penalty, in which death is intentionally and needlessly imposed as a punishment, and the “legitimate defense of the public against an offender” or some similar term, in which the intent is not death, but rather the defense of the public when other means of doing so are unavailable?