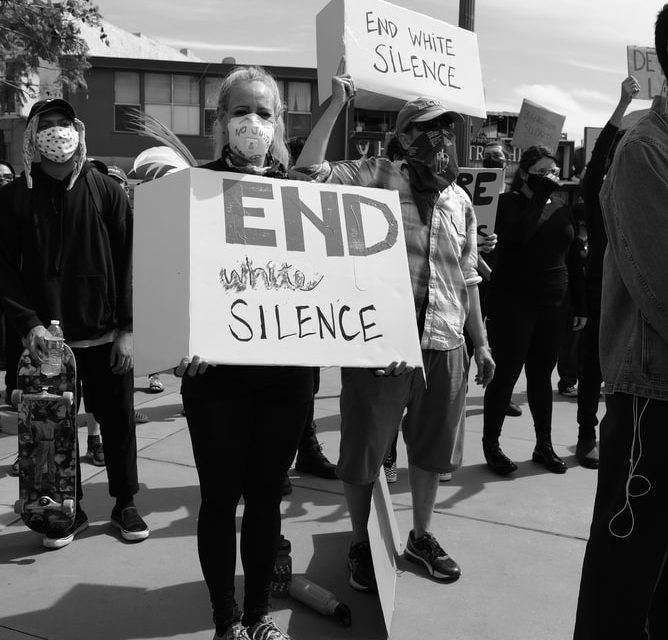 Two of the clearest aftereffects of the murder of George Floyd have been the growing awareness of police brutality and increased public support for the Black Lives Matter movement. This is not just an anecdotal observation, but a significant shift in public opinion about the realities of racial discrimination, most acutely among white people.

While the fact that nearly three quarters of people in the United States now identify racism as a real obstacle to success for people of color is a remarkable development, these numbers are not indicative of a genuine convergence around a collective diagnosis. On the contrary, significant differences of opinion about the extent of racism and its impacts remain.

The biggest divergence, driven in part by partisan ideologies, revolves around the degree to which people think racism is a systemic, or structural, problem.

In some ways, this question has become the defining debate as we work our way as a nation toward a meaningful response to the abhorrent tragedy of yet another black man killed by a police officer. After all, the extent to which someone believes policing reform (to say nothing of abolition) is necessary hinges on whether they locate the root causes of George Floyd’s death in the isolated actions of a few “bad cops” or the structural features of policing in the United States itself.

Given the politicization of this question, it may be difficult to increase awareness of structural racism, but I still think that Catholic moral theology can speak to this issue because one of the challenges in this discussion seems to be confusion about what it means to call a structure racist.

For Catholics in the United States, the prevalence of structural forms of racism need not be controversial. The USCCB’s 2018 Pastoral Letter against Racism spoke directly about this challenge, noting, “The cumulative effects of personal sins of racism have led to social structures of injustice and violence that makes us all accomplices in racism” (Open Wide Our Hearts, 5).

Furthermore, in outlining the failures of US society to address racism, the US bishops insisted

As a nation, we have never sufficiently contended with the impact of overt racism. Nor have we spent the time necessary to examine where the racist attitudes of yesterday have become a permanent part of our perceptions, practices, and policies of today, or how they have been enshrined in our social, political, and economic structures.

One way to begin this long-overdue examination in the wake of George Floyd’s death is to pinpoint structural racism more directly, something that the Catholic moral tradition can help us do by analyzing systemic racism as a structural sin.

Following the work of Margaret Archer, a past president of the Pontifical Council of Social Sciences, Finn argues that structures of sin are problematic instances of the “systems of relations among social positions” that create “restrictions, enablements, and incentives” that shape human action (p. 151). By this he means that different social positions (one can think of roles in society, although that is not the perfect terminology) carry expectations about how people occupying those positions are supposed to interact with people in the positions related to them. These expectations are reinforced by either negative consequences (restrictions) or positive benefits (enablements, incentives).

In his article, Finn gives the example of the relation between university professors and college students. University professors generally provide meaningful feedback to their students and students generally respect their professors in the classroom because there are restrictions (lack of merit increases or termination for the faculty member and grade reductions for the students) and incentives (promotion, higher grades) that influence the actions within this relationship of social positions.

As one considers the question of systemic racism in policing in the United States, it is helpful to think of the structural features of the relation between the social position of police officer and those who are policed. This is an interaction fraught with restrictions, enablements, and incentives, some of which facilitate or even encourage racist interactions.

For example, all police operate under the clear knowledge that there will be little accountability for excessive use of force. This is not to say that every police officer tries to use excessive force, only to acknowledge that the lack of accountability serves as an enablement in the relation between police and the policed, facilitating excessive force for the officers who choose to use it.

Worse, many of the structures preventing this accountability easily build on racial animus. For instance, in Minneapolis, fired police officers can appeal their termination to a civil service review board, which relies on precedent. Since the Minneapolis Police Department has a history of not firing officers for misconduct—and a history of disproportionate use of force against black individuals—this structure basically analyzes a contested termination and asks whether it was consistent with the very previous history that people are now trying to change. This enablement is at its core a racist structure.

Another structure is the legal protections afforded police officers. According to standards set by the United States Supreme Court, police officers are justified in using deadly force if they have an “objectively reasonable” fear of grave injury or death for themselves or someone else. While this standard is designed to acknowledge the difficult decisions officers have to make under stressful situations, the question of what makes a fear reasonable is colored by larger social factors, including the way that society primes people—both black and white—to unconsciously register greater fear when they see black faces than when they see white ones. When this is the background, many of the review boards evaluating police use of force unsurprisingly find ways to identify reasonable fear in many of the interactions between blue and black.

Strikingly, these enablements also translate into the absence of restrictions, further reinforcing the problematic practices we are now trying to challenge as a society. Thus, much has been made of the fact that the officer who killed George Floyd already had 18 previous complaints against him with no real repercussions.

These kinds of structural enablements help to explain why the expansion of body cameras and other forms of police surveillance have not led to a transformation in police behavior. Because, without accountability, there is no power to enforce the expectations that body cameras are designed to convey.

Nevertheless, one must note that structural restrictions, enablements, and incentives do not lead to specific outcomes on their own. The Catholic account of structural sin is one that emphatically preserves human freedom (see, for instance, Compendium of the Social Doctrine of the Church, no. 119). It therefore rejects determinism, as Finn outlines so persuasively in his article.

This nuance is important, because it combats the temptation to paint all cops with a broad brush. According to the Catholic notion of structural sin, one can identify sinfully racist structures while still acknowledging that good people can and do exist within them. The challenge, however, is that the structures make the good choices of good people more difficult to make and to sustain while simultaneously encouraging the bad choices of both good and bad people.

In order to save lives—black, brown, blue, and white—in the interactions between police officers and those whom they police, we therefore need to challenge the structures enabling racially biased assumptions to turn into harmful actions that unfold with impunity.

Ultimately, this is a task that will require dramatic reforms across our society, and not just our policing. The restrictions, enablements, and incentives that generate and sustain racial inequalities are not unique to policing, and even the ones that are particular to police departments are themselves only enabled by larger social assumptions.

As the mayor of Newark, New Jersey, recently remarked in his defense of both the police and the need for police reform, “all of America’s institutions have the same problems the police department has. The police just have guns.”

If the path to change starts with admitting that you have a problem, then a frank discussion and diagnosis of the ways social structures can and do have a causal power to promote racist actions is a vital place to start.

We, as Catholic moral theologians, ought to use the tools of our tradition to pinpoint structural racism so that honest engagement can begin. 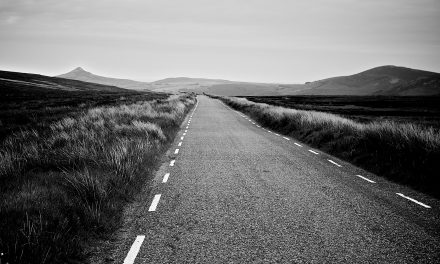 Responding to the Vatican’s Survey on the Family