Mercy And This Present Darkness 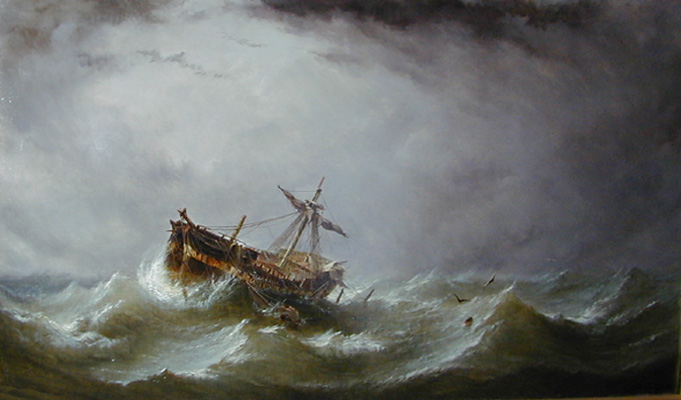 Is it important for Catholic moral theologians to comment on the most recent headlines?

It seems improper to write and post a public comment on the CMT Blog that does not directly engage one of the dramatic headlines from the past few months, or weeks, or days. I have in mind headlines describing any of the various humanitarian, moral, intellectual, environmental, economic, and political catastrophes currently unfolding in the United States of America and globally. To do otherwise, it seems, would be like whistling while your neighbor’s house burns…or while your own house burns. Is there not a plain and urgent need for practical remarks on current events, a need that trumps time wasted on theological hair-splitting, wrangling over principles, or quietistic meditations on our ultimate good?

I want to think about whether or not that two-fold seeming is indeed the case (i.e., the “seeming” about an obligation to engage recent headlines and that to do otherwise is irresponsible). Because I am a Christian, I believe that even if the circumstances are new and unprecedented, the basic moral considerations, for creatures such as us, remain the same. And if that is true, as I discuss below, for Christians the most interesting thing about our contemporary moral struggles and the unfolding catastrophes is not that they are new and unprecedented, but that it all still boils down to Christ’s call to discipleship, extended to particular persons, living during the time of the world.

In the Psalms we find examples of worship and adoration of the LORD that unfolds during the time of the world: public lament and public proclamations of joy; desperate appeals for justice or mercy; thanks for justice or mercy received; hidden mournings and intimate whispers of praise. Joy and mourning, contentment and anger, confidence and fear, expressions of isolation and expressions of rapturous encounter—the stuff of life, all woven and knit together as the sinewy threads from which and through which the People of God articulate their adoration of the LORD and their trust in the goodness of the LORD.

In his exposition of the fifth verse of Psalm 99 (NRSVCE), Augustine comments on the propriety of falling down and worshiping before the footstool of the LORD. Noting that Isaiah 66 tells us that the earth is the LORD’s footstool, Augustine asks “Does he bid us to worship the earth?” Does God call us to orient our devotion, love, and ardent passions toward something worldly, creaturely, and finite? In his hesitation, and from his doubt, Augustine turns to Christ and Augustine finds his answer in Christ:

“[Christ] took upon Him earth from earth; because flesh is from earth, and He received flesh from the flesh of Mary. And because He walked here in very flesh, and gave that very flesh to us to eat for our salvation; and no one eats that flesh, unless he has first worshipped: we have found out in what sense such a footstool of our Lord’s may be worshipped, and not only that we sin not in worshipping it, but that we sin in not worshipping.”

The Word became flesh and dwelt among us—the incarnation of God in Christ is a visible mystery that must be spiritually understood. Caught and directed by that mystery, our devotion, love, and ardent passions are freed for participation in an order that exceeds the world, but that can be known and extended, as foretaste, during the time of the world. The true order of the cosmos is revealed in Jesus Christ and the emptiness of the idols of our hearts is exposed. As Augustine explains, the kingdoms, the nations, and those who love the idols of this world refuse to recognize the truth of their sin and the gift of God’s merciful love.

The revelatory and idol-toppling reign of Christ remains, as foretaste, sacramentally present to the Church amid all the various humanitarian, moral, intellectual, environmental, economic, and political catastrophes of this present darkness. The sinewy threads of life, woven, knit together, and illuminated by the light of Christ, are the stuff from which and through which the People of God articulate their adoration of the LORD and their trust in the goodness of the LORD.

Perhaps, then, for the Christian moral theologian who has a vocation to teach, it is improper to write and post a public comment on the catastrophe of this moment, or the next moment, which does not begin with a reminder or end with a challenge to remember that the true order of the cosmos has been revealed in and through Jesus Christ. What does that look like? Well, among other things, it certainly involves the fine-grained distinction and totalizing outlook we find in Paul’s Letter to the Ephesians:

The struggle of Christians in America, ultimately, is not against the Democrats, or the Republicans, or Trump, or Pelosi…or Fox News, Fake News, migrant caravans, xenophobic bigots, ignorant anti-vaxers, the Russians, the American plutocracy, the NRA, the EPA, or the PTA. Our struggle is against the disordered and idolatrous loves we all carry this side of the resurrection and that have yet to be conformed to the love of God in Christ. Sin sick, mortally wounded, and burdened by idols so dear that we cater to them as favored friends, amid the catastrophes of this moment and the next moment, the unchanging call of Christ to each of us, in relation to each other, is toward lamentation, repentance, and to works of mercy. In the ordinary way, our common call, amid the endlessly imaginative ways we invent to persecute, exploit, and alienate one another, is to lament, repent, and be merciful as our Heavenly Father is merciful.

We only know God’s love through God’s mercy and mercy is our most perfect imitation of the God who is rich in mercy. As St Thomas reminds us, the greatest of all the virtues, pertaining to our neighbor, is mercy. So, recalling the order of the cosmos revealed in Christ, what does mercy look like in response to the vicious and sinful behavior of flesh and blood Christians? In particular, what does mercy look like in response to Christians who seem to have willfully allied themselves with the spiritual powers, principalities, and authorities of this present darkness? And, after your own prayerful and sober examination of conscience, how should you respond when there are Christians who accuse you of diabolical allegiances that ignore the Goodness, Truth, and Beauty of God revealed in and through Jesus Christ?

Postscript: A few hours before I wrote this post, Lorraine Cuddeback-Gedeon posted a wonderful reflection entitled “Questions For Those Who Wore MAGA Hats At The March For Life.” Engaging a recent headline, Lorraine’s remarks end with the challenge to remember the warnings in Scripture, from the Catholic moral tradition, and from the US Catholic Bishops “about making a county, a flag, an ideology our ultimate concern instead of God.” It is a challenge, presented as a series of pointed questions, to remember that the true order of the cosmos has been revealed in Christ and that the emptiness of our idols has been exposed. I did not see Lorraine’s post until after I published my own—if I had seen it earlier, I would have highlighted her essay as gracefully exemplifying in practice the principles that I was interested to think about in my own essay.

Fake News in the NY Times?  On the Catholic Church?