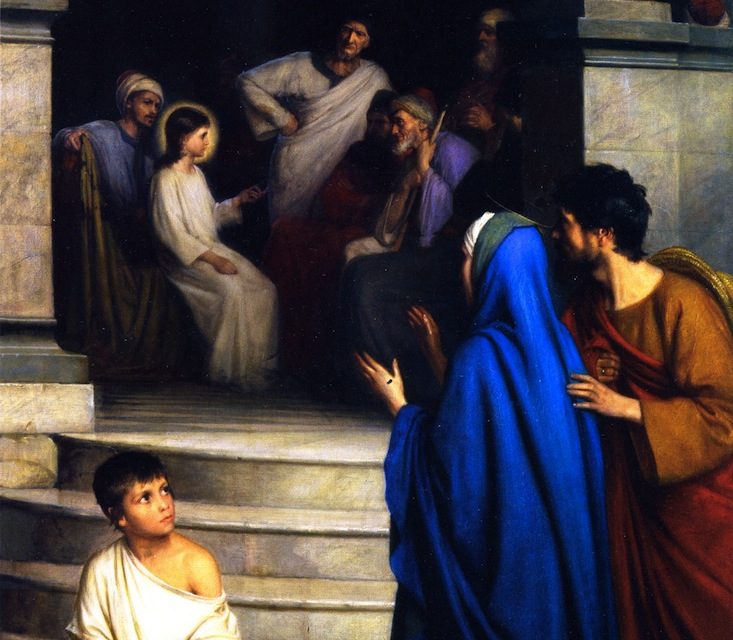 This is a guest post by Jacob M. Kohlhaas, Assistant Professor of Theology at Loras College in Dubuque Iowa.

“Let us cross the threshold of this tranquil home, with its family sitting around the festive table. At the centre we see the father and mother, a couple with their personal story of love.”
Pope Francis, Amoris Laetitia

While its opening lines invoke the image of a blissful traditional family, Amoris Laetitia is largely concerned with encouraging families who, for various reasons, fall short of this ideal. To address families in ‘irregular situations,’ as the document terms them, Pope Francis rightly directs attention to scripture. Oddly enough, however, the happy nuclear family called to mind at the outset of Amoris Laetitia seems absent in subsequent engagement with scripture itself. Pope Francis points to Adam and Eve as the model for marriage, he explains the significance of family throughout the Bible, and he recounts in some detail the positive aspirations for family life found scattered throughout scripture. Yet tellingly, it is only when the tragic dimensions of family life are admitted that Francis is again able to name specific biblical families. It would seem that scripture supplies greater resources for engaging the messiness of family life than support for a specific model of family life. Perhaps, in spite of our ideals, we ought to be more attentive to scripture’s lead.

Although Adam and Eve are commonly used to demonstrate God’s design for marriage, their family’s ‘festive table’ was soon destroyed by jealousy and fratricide (Gn 4:8). Five chapters later, some illicit act involving Noah’s son and his own drunken nudity leads Noah to curse his grandson, condemning him to slavery (Gn 9:25). The families of Abraham, Isaac, and Jacob are likewise riddled with intrigue and folly, as is David’s. Throughout the Old Testament, theft, incest, rape, murder, and adultery scandalize families. Into the New Testament, intrigue remains. To name a few examples, John the Baptist becomes the victim of Herod’s foolish promise to his step-daughter, who also happens to be his biological niece (Mt 14), Jesus meets a woman married five times (Jn 4), and Paul rebukes a man for living with his father’s wife (1 Co 5).

It seems biblical families are shaped as much by intrigue, scandal, and drama as by the ideals of unity, goodness, and contentment. Catholic teaching generally avoids the more troubling aspects of biblical families by giving preference to the higher ideals towards which families aspire. But this can create a gap between ideals and experience. Moreover, many of our present ideals of family life are products of the Industrial Revolution and post Victorian age. The private, biological nuclear family, so often presented as the ideal form of family, does not describe any of the biblical families noted above save for Adam and Eve, who, for the record, had no other options.

Within the US, the biological nuclear family only described the majority of households for a few short years in the mid-1960s. Despite the term ‘nuclear family’ originating in the 1940s, most popular graphs of family demographics prefer to begin from the nuclear family’s peak in 1965. This presentation masks the fact that the mid-twentieth century, with its post-war baby boom and economic strength, was anomalous in many respects and instead gives the impression of continuous decline. From a broader historical perspective, even Amoris Laetitia’s image of the festive table appears time bound, as dining rooms and dinner tables did not gain popularity in the US until the close of the eighteenth century.

Perhaps scripture’s paucity in idyllic families is what allows cultural norms to be so readily adapted into Christian ideals. Rather than being startled by the lack of biblical families that measure up to our culture-bound ideals, we may choose instead to find the lacuna comforting. Ideals provide us with visions of possibilities, but they are dangerous when used as measuring rods for failure, sources of misplaced envy, or – as Pope Francis likes to remind – tools to condemn rather than inspire. The chaotic families recorded in scripture do not speak to the sort of families we dream of having, but to the struggles we actually have. Despite their evident and occasionally obscene failings, God’s grace works through them anyhow.

Perhaps the most notorious traditional receptacle for Christian ideals of marriage and family is the Holy Family. Here the precious little information scripture actually provides has tended to elicit free reign for the imagination rather than due restraint. In attempting to make the Holy Family the exemplar of our ideals for family life, widespread perceptions about the Holy Family have developed which are only marginally connected to the biblical testimony. Scripture neither confirms nor denies the traditional portrayal of Mary and Joseph as the patient, meek, and mild mother and her quiet, strong, and hardworking spouse. Concerning their son, Amoris Laetitia relates that the young Jesus was a “model of obedience to his earthly parents” (AL #18). The assertion is based on Luke 3:51 which attests to Jesus’s obedience as a means of concluding the story of the boy Jesus being found in the temple at Jerusalem. It is difficult not to notice that this affirmation comes only after the twelve-year-old boy’s profound disobedience. Perhaps he was innocently separated, but Luke’s claim may as well read, “After terrifying his parents, Jesus had a relatively calm adolescence.”

As much as it may offend pious sensibilities, this rebellious or indiscrete episode makes Jesus’ adolescence far more normal. Adolescents are not models of obedience nor are they supposed to be; their cognitive and social development depend on some indiscretion. Presuming Jesus’ perfect obedience obscures an honest assessment of what ‘truly human’ ought to imply. Moreover, this reading permits entertaining the wildly unfounded idea that perfectly obedient children are both possible and desirable.

Likewise, Jesus himself is often presumed to be a model for family values as we know them. The New Testament provides conflicting evidence. Jesus listens to his mother’s instructions at Cana (Jn 2:1 – 12), welcomes children (Mt 19:13 – 15, et al.), and strongly opposes divorce (Mt 19:1 – 12, et al.). Additionally, Jesus’ ministry was reliant on the hospitality of households. Yet on various occasions Jesus also clearly rejects familial obligations (Mt 8:22, Mk 3: 31 – 35, et al.). At times, true discipleship and family allegiances are played against one another as conflicting and incompatible alternatives (Lk 14:26). Jesus’ preaching and ministry intersect with concerns related to the family in numerous and sometimes surprising ways. Reading the gospels with a presumption that Jesus supports all things family invites misunderstanding of the challenges that the New Testament actually presents.

While ideals are important, they are often shaped by our own place in history and should not govern our encounters with scripture. Certainly there are some parental experiences and anxieties that are nearly universal. Family members are generally marked by affection for one another, caregivers are often deeply anxious about their duty to protect and guide children, and parents share wisdom and look for external support. Given basic commonalities in human experiences, we should have confidence that scripture will resonate with our own concerns. Yet our ideals of the family are often easily offended by what is human. Encountering the biblical testimony without filtering, twisting, or ignoring its challenges creates an opportunity for resonance with our own experience as it is through the disorderliness of actual human experience that God has deemed it fitting to encounter us in grace.

Are you Happy? (And What Exactly Does that Mean?) 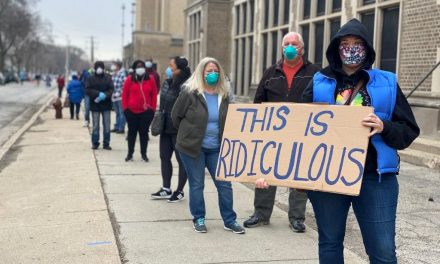