“I desire not the death of the sinner…

At a recent debate between potential presidential candidates, when Brian Williams asked Texas Governor Rick Perry about his record overseeing 234 executions during his tenure as governor, the crowd erupted in applause before he could even answer.

What kind of fear resides underneath such joyous support for the “death of the sinner” (to say nothing of the possibility that a death-row inmate might be innocent)?  When part of Governor Perry’s appeal is his self-avowed Christian identity, and when many of his supporters back him precisely because of his faith, what is driving this intense desire to secure what Perry has called “ultimate Justice”?

If Jesus’ parable of the workers in the vineyard in this past Sunday’s Gospel is correct (and I believe that it is), the Christian view of “Ultimate Justice” is one tempered by God’s overflowing mercy.  This kind of divided psyche in our country certainly provides challenging food for thought.  I hope that Christians will find ways, however small or large, to counter-act the kind of witness to Christian faith in public life that is offered by applause over the greatest number of executions under one Governor in the history of the United States.  We have so much more to offer… 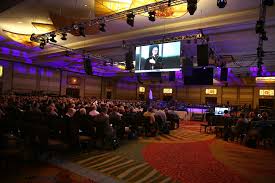