Dang, I’m tired of being from Ohio – not least of which is because despite Ohio’s apparent importance when it comes to national elections, no one’s willing to pay as close attention once the voting is done. That’s a problem for nation and church both. And it’s not just voices in Ohio I’m concerned about, but all the local places that once again getting largely ignored now that a national election is done with.

One of the difficulties with the American presidential political structure – which has filled airways for both Left and Right – is its electoral college system. We have a representative democracy rather than a democracy in which the popular vote decides a national election for president. Despite knowing that we have an electoral college process, it is a national election – so national politics get treated in a big picture kind of way. Lots of people – especially from large news organizations in large urban global cities, have provided a steady stream of commentary.

The result is that post-election, I’ve felt quite a bit lectured at, and not at all heard – especially in my context here in Dayton, Ohio. The frenzy of “listening” to people from a few select states prior to the election has ended. I don’t think that’s a good practice – but I DO think we ought to keep listening… and add in other states as well.

I’m not a white rural uneducated voter (and I didn’t vote for Trump – I don’t see him at all as a pro-life candidate, to say nothing of many other concerns with his conflict of interest in corporations, his treating all criticism as a whiny eight year old would, and his refusal to give many press conferences in a country that stands for freedom of the press and speech – but I digress….)

I’m tired of people in the global cities of New York, DC, LA and other places making declarations (often in nasty tones) about what The One Problem is, especially for all of us out here in the Rust Belt, who are often comprised of the people At Fault for the election going the way it did – which really just serves to compound our collective difficulty in hearing and relating to people who are not just like ourselves.

Over the past few weeks, commenters, mostly for large publications in large national cities that have a loud voice on the global stage (say, New York, or DC), have written articles naming The One Shining issue with the country, based on the past election:

Of course, the reality is that it’s going to be all of these in some way or other, for many people. Most readers will feel some affinity to one or more of these. But it’s not simply going to be all of these. Part of the work we need to do is discernment about any of these, and more that haven’t even been raised. We all in our own local communities (yes, even despite social media as a gargantuan global reality) need to be the ones thinking through what’s applicable where.

This is where the importance of subsidiarity comes in. As the Compendium of the Social Doctrine suggests:

Subsidiarity is among the most constant and characteristic directives of the Church’s social doctrine and has been present since the first great social encyclical. It is impossible to promote the dignity of the person without showing concern for the family, groups, associations, local territorial realities; in short, for that aggregate of economic, social, cultural, sports-oriented, recreational, professional and political expressions to which people spontaneously give life and which make it possible for them to achieve effective social growth. This is the realm of civil society, understood as the sum of the relationships between individuals and intermediate social groupings, which are the first relationships to arise and which come about thanks to “the creative subjectivity of the citizen”. This network of relationships strengthens the social fabric and constitutes the basis of a true community of persons, making possible the recognition of higher forms of social activity.

I can see, quite readily, some of the effects, impact, and necessities related to the national election. I have some particular ideas about how I can work on this in my local context.

Of course it’s about race and nativism, from my local perspective. In the days after the election, no less than four friends who also happen to be immigrants received threats or had real physical violence(Dayton welcomes immigrants – see the Welcome Dayton program). That was quite a shift from before the election – where maybe we knew some people were upset about immigration, but didn’t show it in that way.  Same thing with race: racism has existed before this election, yes – but now it’s got more teeth in this region.

Of course it’s about education. I work for a very expensive college that people in my own city often can’t afford (there’s a lot of discussion about how to change that by the way) – and there’s something wrong with that – especially given our roots as a school for Catholic immigrants who could get an education here. There’s also something wrong with the fact that there are a number of jobs open in this area – but the jobs on offer require more education than applicants often have – and college and corporate job training programs seem unable to mitigate that.

Of course it’s about geography – but in this largish small city, where urban sprawl now spreads almost to Cincinnati (a bona fide large city) I don’t know how much the urban/rural distinction makes sense anymore. Sprawl is everywhere. Maybe the bigger issue is in not over-emphasizing global cities over against the much more mixed kinds of geographical realities people experience.

These are just a few examples about my local situation that give more texture to the questions – and raise a whole host of other questions a person from DC can’t address – specific problems needing very specific solutions. Broad demographic data are helpful to a point, but can’t do the work that subsidiarity does.

This brings me to a closing word on solidarity. Many commenters in recent weeks have urged all of us to listen to those who have other viewpoints. I think that’s important.

Solidarity highlights in a particular way the intrinsic social nature of the human person, the equality of all in dignity and rights and the common path of individuals and peoples towards an ever more committed unity. 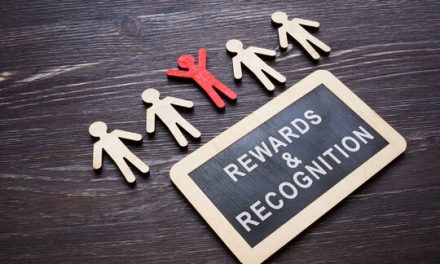