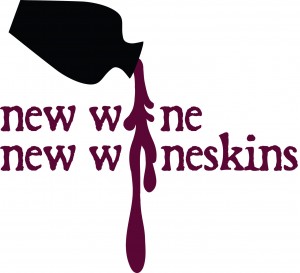 This is a guest post by Kent Lasnoski.  It discusses the June 2017 issue of The Journal of Moral Theology which focuses on the voices of “young” (i.e., in their career not their age) Catholic moral theologians.  Most of the papers come out of the annual New Wine, New Wineskins Symposium.

“Neither is new wine put into old wineskins; if it is, the skins burst, and the wine is spilled, and the skins are destroyed; but new wine is put into fresh wineskins, and so both are preserved.” (Matthew 9:17)

Fifteen years ago, a group of young Catholic moral theologians just at the end of their studies or just having graduated got together at Moreau Seminary in Notre Dame, calling their symposium New Wine New Wineskins. As Bill Mattison himself tells the story of its founding, NWNW started, at least in part, as a response to the predicament of Catholic moral theology in the U.S. academy. At that time, there were plenty of conferences where Catholic moral theologians gathered, but none were devoted to serious and sustained reflection upon how Catholicism matters for the work of moral theology and all the attendant vocational questions for the moral theologian that this entails.  As William Portier wrote in the forward to New Wine New Wineskins: A Next Generation Reflects on Key Issues in Catholic Moral Theology, “Two issues that are at the center of New Wine, New Wineskins [are]: the spiritual formation of theologians and their day-to-day rootedness in the life of the local church.”

Moreover, according to the “founding generation” of NWNW, among the defining features of Catholic moral theology in the U.S. at that time was its polarization—especially in the decades following the promulgation of Pope Paul VI’s 1968 Humanae Vitae. In response, NWNW self-consciously sought to be a gathering, not where differences were denied or minimized, but where they could be dealt with constructively through amicable relationships. The founding generation of New Wineskins has moved into the realm of being well-known and influential scholars. Those who were New Wine when the founders left are themselves aging out of the group as they receive tenure, becoming “fine wine” themselves. A new set of membership, and board members who have only known the founders as established scholars on hiring committees and as editors of journals, are now taking the reins. The question thus arises: is New Wineskins still new? What is the newest new wine like?

A fuller picture can be found in the review article that opens the June issue of the Journal of Moral Theology. This issue contains a number of articles originally presented at the New Wineskins Symposia in recent years. For now, however, I will paint a simpler portrait of the newest, the millennial New Wine.

The first generation of New Wine saw the need for a recovery of tradition but also knew that there were no “good ol’ days” to return to. A natural fruit of their effort has been to set a foundation for a new generation of theological builders who are creatively integrating the task of “doing theology” with their vocations of daily life, teaching, and apostolate. This action of building is spurred on, too, by changes in the context. The post-Christian context, what some people consider the death of the “Americanist” Catholic project, has shown this newest New Wine that there may no longer be a natural place for the Catholic to “fit in.” Aspects of the world, which the pre-Vatican II theologians theologized apart from, the transitional Catholics welcomed, and the post-subculture Catholics grew up in, are becoming increasingly inhospitable to Catholicism. The newest generation of New Wine is not running from this world in fear but is rather building alternative, equally real worlds within it, through intentional communities, schools, and parish programs. Others of the newest New Wine, however, might challenge the very notion that there ever was a “natural place” for the Catholic, arguing instead that the world has always been inhospitable—now in this way, now in that way. Both of these positions equally demonstrate a stance toward the world dramatically differing from that of previous generations.

A second distinction of the newest New Wine is a change in where theologizing happens. The introduction of blogs, the explosion of Facebook, and myriad social media means that, more often than not, an idea has been the subject of countless debates before it is ever published in a printed, peer-reviewed journal. This increased rate of conversation is not everywhere a boon. There is more redundancy, less care to detail, and often more vitriol than one finds in academic journals.

A third distinction is the employment picture. The newest generation of New Wine finds itself in a situation where more than three quarters of current teachers are contingent faculty. Those with tenure-track positions often attained them after years of contingent employment or after years of work in allied professions such as diocesan ministry or secondary education.

Finally, the project of integrating the vocation of the theologian (as a Catholic living fully in the Church) with the task of contributing to the academy is coming full circle. Those in higher education teach increasingly at mission-driven niche schools, such as those combining theological education, spiritual formation, social-justice, and professional preparation for Church-based work. New Wineskins members also share increasingly in the explosion of classical liberal arts programs at both the college and high school levels. Responding to both necessity and desire, there is a way in which NWNW members are increasingly accepting their lifestyle as the nexus of their moral vocation more so than their work at any one institution. Some of the New Wineskins generation have chosen, for example, to make the domestic sphere their primary space of working out their vocation.

The emerging issues in moral theology for the newest generation of New Wine track well onto the shape of the cultural context, their employment, and lifestyle situations. Articles on social media abound. Studies in marriage and sexuality continue to be undertaken but with attention to the relevant concerns of the day to day. Much work centers around the study of Catholicism in the post-Christian (let-alone post sub-culture) setting. The questions of moral theology are no longer simply how can Catholics in polarized camps come together, but how can Catholics live authentically in the world at all?

The unavoidable questions of refugees and reproductive technology are being taken up by New Wineskins theologians, but the pontificate of Pope Francis has largely determined the questions at stake for New Wineskins scholars. Pope Francis’ call for “a new morality” arising from Christ’s merciful embrace, as well as Amoris Laetitia and Laudato Si’, have eclipsed many other important questions in the field.

The best answer, though, to the question of what’s new in the moral theology of the Newest New Wine can be answered by a summary of the articles in July’s special edition of JMT. Articles here respond to “current questions” raised by Pope Francis, articles consider the perennial questions of virtue, and essays treat the contextual question of how to live and do theology in a post-Christian world.

The Unity of the Catholic Moral Vision