The past year has seen a lot of attention paid toward labor issues in the mainstream press.  This time last year, we saw showdowns in Wisconsin and Ohio over labor unions.  More recently, there has been some intense scrutiny of Apple, Inc. regarding labor practices at Foxconn (the Taiwanese subcontractor that manufactures iPads and iPhones) over a series of issues ranging from low pay and long hours to hazardous working conditions and worker suicides.

In all, I think this attention is a good thing. The debates about labor unions—no matter how painful—are important for us to have as a nation, lest unions continue their trend of receding in the American workplace.  Press coverage has led Apple to invite a Fair Labor Association audit and to put more pressure on Foxconn to improve conditions, which seems to be having some positive effects.  Long term, it is unclear what the effects in either case will be.  Optimists and pessimists among us abound.

Good as these stories were, though, when I think about compelling reporting on labor issues from the past year, my mind goes to a couple of stories about what goes on behind the scenes when you order something online.  It is, in my view, investigative reporting done well, shedding light in the corners that are usually pretty dark.

If you haven’t run across Mac McClelland’s “I Was A Warehouse Wage Slave”, I would recommend it.  It makes for a great, but terrible read.  McClelland is a reporter for Mother Jones, and the story is an account of her experience working in a shipping warehouse that fulfilled orders for a variety of online retailers.  Following up on an article on she did in late 2011, McClelland decided to follow in the tradition of Barbara Ehrenreich and Morgan Spurlock and see what it is like to work on the backend of our on-line economy.

The short answer is probably what you’d expect: it’s not pretty.  Essentially, her job in the warehouse is to run up and down aisles of merchandise bins and pick out items that her handheld computer tells her to get.  The items get put in a bin and sent down the line to someone who packs them into boxes.  (Fair warning: the story does mention fulfilling orders for sex toys, but in a tasteful manner.)

The item quotas for pickers are set so high that essentially no one can meet them and errors are not tolerated.  As McClelland notes:

The days blend into each other. But it’s near the end of my third day that I get written up. I sent two of some product down the conveyor line when my scanner was only asking for one; the product was boxed in twos, so I should’ve opened the box and separated them, but I didn’t notice because I was in a hurry. With an hour left in the day, I’ve already picked 800 items. Despite moving fast enough to get sloppy, my scanner tells me that means I’m fulfilling only 52 percent of my goal.

Pickers spend their days running up stairs and bending down to reach items, traversing an average of 12 miles per day.  Within days, McClelland has “screaming pain running across the back of [her] shoulders,” in her lower back, knees, and legs—pain her coworkers essentially have to live with as a condition of employment.

McClelland was lucky, though.  The Lehigh Valley’s Morning Call ran a detailed expose in September entitled “Inside Amazon’s Warehouse” where they noted:

During summer heat waves, Amazon arranged to have paramedics parked in ambulances outside, ready to treat any workers who dehydrated or suffered other forms of heat stress. Those who couldn’t quickly cool off and return to work were sent home or taken out in stretchers and wheelchairs and transported to area hospitals. And new applicants were ready to begin work at any time.

In McClelland’s experience, if you have to miss work, say for a doctor’s appointment or to vote, you lose your job.

So, let’s see: poor salary, painful working conditions, long hours, and no job security.  But perhaps the environment is uplifting?  Consider the supportive words of her manager:

“How’s the job market?” a supervisor says, laughing, as several of us newbies run by. “Just kidding!” Ha ha! “I know why you guys are here. That’s why I’m here, too!”

Workers are boxed in a corner by high unemployment and little savings, meager education and few marketable skills.  It’s not something I expect in pristine warehouses in rural Ohio and Pennsylvania.  It’s not something I expect in an industry that is, by all accounts, growing by leaps and bounds both in terms of revenue and profits—one of the few bright spots in the American economy.

Online shopping is a sort of “Easter experience”.  It is designed to communicate an infinite horizon of satisfaction, an unmerited bounty that is accessible to all.  It is a brightly lit space that frees you from searching the world endlessly for satisfaction that is so hard to attain.  We even get to crack open little packages and retrieve the treats inside.

Once Easter has come, though, we tend to forget the Good Friday that is its inevitable precursor.  These days, we think a lot about where our food and coffee come.  But as bibliophiles all, perhaps we need to begin considering who pays the cost when we click that “buy” button. 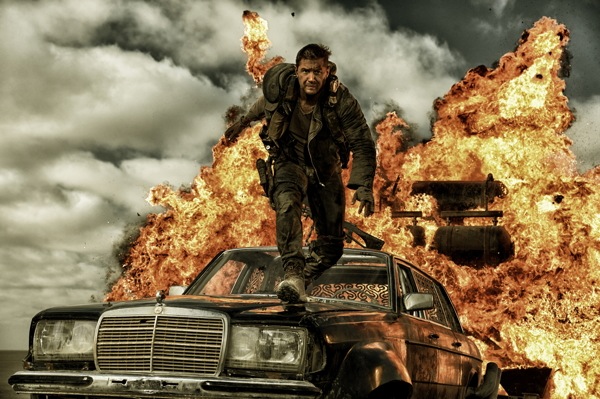