This Friday marks the fourth installment of the “Faithful Citizenship Friday” series focusing on the 2007 USCCB document Forming Consciences for Faithful Citizenship (FC). Jana kicked off the series with a very clear summary of the goals and parameters of the discussion, and then David followed up with an extremely important survey of some of the key demographic statistics and underlying questions surrounding “the Catholic vote.” Meghan’s post last Friday provided a great overview of the document’s treatment of the meaning and necessity of political participation in our present context.  This Friday, I’d like to examine one particularly important yet puzzling paragraph in FC, and try to unpack it in hopes of shedding some light on its connection to the broader framework of Catholic Social Teaching.

In the introductory paragraphs of the section entitled “What Does the Church Say about Catholic Social Teaching in the Public Square? —Seven Key Themes,” FC urges Catholic voters “‘to see beyond party politics, to analyze campaign rhetoric critically, and to choose their political leaders according to principle, not party affiliation or mere self-interest (§41).’” Ideally, Catholics should perform this analysis in explicit reference to principles of Catholic Social Teaching. As David described earlier, these principles do not inevitably or reliably point in any particular ideological or partisan direction. They often cut across party platforms, in their concern for both the sanctity of life and family as well as the sanctity of work and the environment. So far so good.  Those ideas then serve as the backdrop for the next paragraph, which is the one I want to examine in detail:

The paragraph is important because it is often the subject of heated debate, both within the Catholic community and between Catholics and non-Catholics in the public square. “Single-issue voting” is a term of derogation in political discourse, carrying with it the implication of reactionism, obscurantism or philistinism. To be a single-issue voter means being an unthinking and irresponsible sheep, all too easily manipulated by the demagogues at the pulpit or on the radio. Resisting this simplistic approach, the document urges voters to carefully weigh the various positions of a candidate and take into account the degree to which they conform to the principles of Catholic morality and social teaching. Presumably, then, one will decide to vote for the candidate that best conforms to these principles, the candidate that “checks the most boxes” in relation to the seven themes provided by bishops’ document. Most Catholics, I think (or at least most Catholics who read this blog) would have little trouble with that proposed method. I mean, nobody wants to be called a “single-issue voter,” right?

But then comes the “yet.”  “Yet a candidate’s position on a single issue… may legitimately lead a voter to disqualify a candidate from receiving support.” So what I’m hearing here is that while a position on a single issue is never sufficient to guarantee one’s vote,  it could be a necessary requirement. A candidate could conform perfectly to Catholic Social Teaching except for one particular position, and yet if that position “involves an intrinsic evil” then a voter may legitimately disqualify the candidate. Now, it seems as if a great deal rides on the scope of the word may in that sentence, but even if one takes it in the most general sense as allowing for the possibility of such disqualification, how does one square the last sentence of paragraph 42 with the first? If I am considering two candidates, and I judge that one of them holds a position that supports, promotes or even legally accepts intrinsically evil acts, then I can legitimately withdraw my support from them and disqualify them from receiving my vote? How is that not single-issue voting? Catholics are not single-issue voters, and yet they may legitimately rule out candidates based on a single issue. How do we make sense of this seemingly contradictory paragraph?

The difficulty becomes even more acute when one places this paragraph alongside the strong claims in the rest of the document about citizens’ obligation to participate in the political process, which Meghan summarized very aptly last week. It would be one thing if the bishops were saying that Catholics should be very cautious and have a very high standard for casting a vote, lest they support political figures who give support to issues that involve intrinsic evil. Such a standard would certainly rule out a good number of candidates in any given election, and may even suggest an endorsement of a “presumption of abstention” among the Catholic faithful. Yet the rest of document presumes and encourages Catholics to vote at every opportunity. In public debate, we most often associate the general condemnation of “single-issue” voting with the idea that “the perfect should not be the enemy of the good,” and that our obligation to vote is great enough to justify supporting a candidate whose positions may not entirely conform to Catholic social principles.

In my view, the examples of “intrinsic evil” help to clarify somewhat the position which the bishops are taking, although many will doubtless find the pairing of them extremely controversial and offensive. What do “support for legal abortion” and “the promotion of racism” have to do with each other, after all? We could all understand how the promotion of racism would immediately disqualify a candidate like Arthur J. Jones, who is currently in contention for the 3rd congressional district of Illinois. Not knowing his positions on the whole gambit of relevant issues, merely hearing him refer to the Holocaust as “the biggest, blackest lie in history” is surely sufficient to disqualify him as a supportable candidate. Yet imagine Catholics responding that while they fervently disagree with Jones’ denial of the Holocaust, they nevertheless support him because his positions on the whole conform more closely to the principles of Catholic Social Teaching. Surely such a response would be worthy of dismissal, and yet a response of the same kind in reference to the support of legal abortion is readily accepted if not openly admired in Catholic circles. Why is that? Either the bishops are wrong-headed in placing these two “intrinsic evils” alongside one other, or else they do in fact speak to a common principle that is inconsistently applied to each case.

The principle to which they both speak, I would submit, is the personalist principle: the notion that the dignity of the human person should be the unwavering aim of every social task and policy. Quoting the Christmas Radio Address which Pius XII delivered at the height of the Second World War, the Compendium of the Church’s Social Doctrine reminds us that “far from being the object or passive element of social life” the human person “is rather, and must always remain, its subject, foundation and goal” (§106). “The whole of the Church’s social doctrine, in fact, develops from the principle that affirms the inviolable dignity of the human person” (§107).

In other words, when it comes to the issue of human dignity, to which the recognition and respect for personhood is central, the normal calculus of “weighing” various political positions may rightly be abandoned, according to Catholic Social Teaching. If a candidate gets the issue of personhood wrong—meaning if there is sufficient evidence that a candidate’s understanding of the conditions, rights and moral duties pertaining to human personhood is fundamentally at odds with Catholic anthropology, then it really does not matter whether or not the rest of the candidate’s positions conform to the more specific criteria and directives of the Church’s social doctrine. After all, what could “solidarity” or “a preferential option for the poor” mean to a candidate who only applies these principles according to a distorted  category or personhood that excludes those of certain races, aptitudes or levels of biological development?

The issue of personhood is the bedrock of Catholic social teaching. All the other principles presume it and build upon it. It is the lens through which they all must be viewed. The dignity of the human person is what anchors the Church’s social doctrine amidst its contingent assessments of the “signs of the times” in each successive generation.  That is the reason, in my view, why the bishops apparently think it is entirely legitimate to disqualify a candidate on account their particular understanding of what makes one a human person or what basic rights attend human personhood. The nature and dignity of the human person are “non-negotiable” aspects of a Catholic’s participation in the political arena. To depart from this most basic foundation of the Church’s social teaching is simply a non-starter; every other political position is bound to be impacted by the anthropology that informs it.

And I just want to say, as a concluding remark, that this issue of personhood is not just about abortion, racism and euthanasia. Many people, myself included, believe that the Supreme Court’s 2010 ruling Citizens United v. FEC confers the status of personhood to corporations. Catholics should equally view that particular misconstrual of personhood (which Mitt Romney appears to share) as grounds for the disqualification of a candidate. When it comes to the issue of recognizing, defending and promoting the dignity of the human person, there is a sense in which Catholics can and should be “single-issue voters.” No one particular position in itself can exhaust what this dignity means and requires, and so one position in itself should not guarantee a voter’s support. However, that being said, one particular position can—even on its own—betray an anthropology that is fundamentally at odds with the Church’s social doctrine, and so reveal a foundational incongruity with which there simply cannot be any compromise.

Abortion: Yet Another Impasse 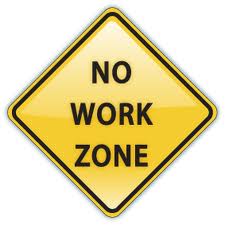