Does Just War Theory Have a Future in Catholic Social Thought?

The following is a guest post by Bernard G. Prusak about the latest special issue of Expositions, which contains essays on “The Future of Just War Theory in Catholic Social Thought” from several Catholic scholars.

Will there be an encyclical or a synod on war and peace? The way that the Trump administration is going, will action from the Vatican come too late, or make a difference anyway?

As readers of this blog will know, the Catholic church’s teachings with respect to war and peace have been subject to renewed scrutiny the last several years, in particular in the aftermath of the April 2016 conference “Nonviolence and Just Peace,” held in Rome and co-sponsored by the Pontifical Council for Justice and Peace and Pax Christi International. A document published by Pax Christi after the conference asserts that “there is no ‘just war,’” calls on the church “no longer [to] use or teach ‘just war theory,’” and advocates for “a new framework that is consistent with Gospel nonviolence”: more precisely, a just peace approach focused on nonviolent practices and strategies. To put the matter in brief: Should the Roman Catholic church reject just war theory, or is there reason instead to reject the rejection?

Answers to that question have not been lacking. By way of example, since 2016, Commonweal has published a handful of relevant articles. The arc of the titles suggests that the debate might be headed to a stalemate, if it isn’t there already. Mark Allman and Tobias Winright began with “Protect Thy Neighbor: Why the Just War Tradition Is Still Indispensable” (June 2, 2016). Lisa Sowle Cahill responded with “A Church for Peace? Why Just War Theory Isn’t Enough” (July 11, 2016). Gerald Schlabach upped the stakes with “Just War? Enough Already” (May 31, 2017). Peter Steinfels countered with “The War against Just War: Enough Already” (June 5, 2017). More recently, the editors retrieved Thomas Merton’s “Nuclear War and Christian Responsibility” from the archives (February 6, 1962), and Michael Desch and Gerard Powers debated nuclear deterrence and disarmament in “No More Nukes? An Exchange” (February 9, 2018). In the meantime, wars rage and boil on, in Syria and Afghanistan among elsewhere. And fears grow of war with North Korea and Iran.

At a conference a year ago at Georgetown University, Cardinal Peter Turkson reported that Pope Francis intends to convene a synod to address the church’s teachings on war and peace, which have been in a state of flux since at least Vatican II. Cynics (or realists) might wonder whether the world’s bishops have the clout to still the drums of war, but here’s hoping that Pope Francis acts soon, whether to convene a synod or to write an encyclical. Here’s also hoping that the church can get beyond the back-and-forth between pacifists and just warriors. A forum I recently edited for the journal Expositions: Interdisciplinary Studies in the Humanities suggested to me that there is an opportunity for a new, creative synthesis of Catholic thought on war and peace, whether it carries on under the venerable title of just war theory or finds a more fitting expression.

The forum is entitled “Just War or Just Peace? The Future of Catholic Teaching on War and Peace.” That title captured the terms of the debate as I understood it before soliciting contributions; now I think it could be better. The forum includes contributions from both advocates for rejecting just war theory and advocates for rejecting the rejection, but there are also contributors who reject the opposition of just war and just peace principles, who claim that the focus of both camps should be on peacebuilding, and who draw attention to the growing edges of just war theory, which as it happens draw the just war tradition closer to its critics. By way of example, Lisa Cahill observes that theories of jus post bellum, just ante bellum, and just policing, together with the reinvigorated nuclear disarmament movement, all make the role of just war thinking “restrictive, stringent, and even prohibitive in relation to the use of armed force. They push its function away from the justification of war and toward alternative methods of avoiding or resolving conflicts, with an emphasis on the moral imperative of protecting or reconstituting just and peaceful social life.” Similarly, though with a different accent, Tobias Winright articulates what he calls “‘integral peace’ as an ethical framework that encompasses not only ‘active nonviolence on the road to just peace’…but also the moral reasoning traditionally referred to as just war theory.” And William O’Neill, S.J., indicates a way beyond the question, “Is pacifism but ‘wishful thinking,’ or just war a Constantinian betrayal?” While holding fast to the distinction between just policing and the waging of war (which seems to become more inhuman by the day), O’Neill suggests that, against the background of a common interest in restorative justice, Christian advocates of pacifism and just war err in arguing over which approach is more consistent with the Gospel. The critical question, instead, is “discernment of what the particular moment calls for.”

The forum includes as well contributions from Roger Bergman, Drew Christiansen, S.J., Robert Latiff, Maryann Cusimano Love, Eli McCarthy, and Gerard Powers. They, too, make innovative proposals, regarding for example selective conscientious objection. Powers even proposes a Latin title for a post-synodal apostolic exhortation: Construo pacem est nostra vocatione. Let there be a synod, or even an encyclical, on Catholic teaching on war and peace, but may it seek a new synthesis of a complex body of thought. The time is ripe, and the need appears increasingly urgent.

Bernard G. Prusak is Associate Professor of Philosophy and Director of the McGowan Center for Ethics and Social Responsibility at King’s College, Pennsylvania.

The Intellectual Tasks of the New Evangelization 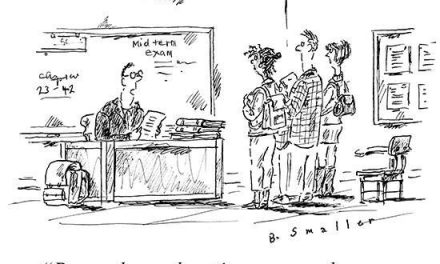