Theology in the Blogosphere: How to be Humbled

I own a lot of books. This is the common student impression when they walk into my office. I’m pretty convinced that books matter for the theological tradition. And here I am, writing a blog post, wondering if I am furthering the demise of the world of the text. After all, I know for sure that my faith (and not just my job) could never be what it is if I had not encountered Thomas Merton in college, or Dorothy Day later in college, or Stanley Hauerwas on a bookstore shelf, or Robert Barron’s The Strangest Way in trying to teach undergraduates. I’m pretty sure nothing I write here can match these texts!

And yet I do remind myself that St. Paul’s letters, St. Augustine’s homilies, Dorothy Day’s extraordinary journals (and Worker articles) – these too have endured. It’s not just von Balthasar’s 15-volume trilogy! And so that’s my apology for theology in the blogosphere. Michael Sean Winters, in his inspiring post (for which we are so grateful!), writes

in today’s twenty-four hour news cycle, with an endless need for editorial content, the blogosphere is often superficial at best, misinformed at worst, and so blogs like CMT fill a vital need if the conversation in the ambient culture is to be grounded in anything resembling sound reasoning rather than soundbites.

He rightly goes on:

The intellectual life is complicated. That is why the Catholic Church’s commitment to its own intellectual life provides her with a moral stature that is somewhat unique. It is in the mind of those who are complicated that the simplistic, but often persuasive, rants of the propagandists hit a bump.

I am sure we should all avoid propaganda masquerading as theology – not an easy task in any age. We are perhaps witnessing precisely such a decline in the debate over the HHS contraception mandate, as shouts of “women’s health” versus “religious freedom” start to drown out the more complex discussion about religion in a pluralistic society and about sexual activity and its social effects. So, how does a blog manage to avoid descending into propaganda? How does it remain faithful to the task of theology, while still being “relevant”? Here’s a part of what I’ve learned in the first year. Some of it is stuff we as a group discerned as we started. But some of it – the “humbling” stuff – has been learned this year, and I think might inform us (and others) trying to doing good quality theology in this new form.

Especially in the initial period surrounding the beginnings of the blog, our group engaged in some weighty (and quick!) conversations about what we did and did not want this endeavor to look like. We knew certain things: we did not want long, hostile, depressing comment threads brimming with misunderstanding and hostility, and we did not simply want short, little posts directing readers to some other post. We did want posts that engaged issues and topics with more subtlety than is often found on the web, but we also did not want to be blathering academics. Most of all, I think we wanted two things.

One, we wanted to talk with each other more often. As Jana notes, we know each other in real life. For many of us, we have been fortunate to have professional venues where we have been able to share in long, really stimulating conversations with one another. Yet these opportunities are few and far between – as academics, we are almost by necessity scattered throughout the country. The blog offered us an opportunity to engage more frequently. It is a great joy and blessing to be gathered for the journey with these peers. I cannot overstate that. Most of us were together for a lengthy (and eventful, at some parts of the table!) dinner this past January at Society of Christian Ethics, and my experience was great joy that I was with such an incredible group of people so committed to doing something for Church and world.

Two, we wanted to model and make available a conversation that was not poisoned by the hostile polarization that has beset the American Catholic Church in recent decades, especially on topics of morality and ethics. Many of us have been participants in the annual New Wineskins gatherings of young moral theologians at Notre Dame, gatherings which were explicitly designed to build community among practicioners in a discipline ravaged by conflict. The blog is not an extension of that project, but it does proceed in the same spirit. One of the unfortunate things I see happening in Catholic theology – and perhaps in the Church as a whole – is a tendency to get into conversational circles where everyone tends to “think alike”… and tends to characterize/stereotype those in other circles in facile ways.

After a year of doing this, I must say my first response to “What has it been like?” would definitely be humbling, in two ways. One, blogging is humbling because, from the outside, especially for those trained to write, it looks easy. No footnotes, no pressure to go through a peer-review process. And short. WRONG, WRONG, WRONG! I would now say it is not easy at all… at least, not easy to do well, consistently. In a sense, we are all creating a new genre of discourse, rather than simply inhabiting an already-existing genre. I have found, for example, that I have “drafted” many more blog entries than I have actually posted, since I am constantly wondering whether I’m saying something that meets the bar… but the bar itself is not fully defined! It is especially humbling to attempt this in a format which, as Michael Sean points out, is biased toward speed, and therefore lends itself to the “controversy of the week” (or minute!) more easily than it does to substantive consideration of underlying issues. If such a format is to be intellectually substantial, how does it maintain the expected speed without succumbing to the shortcomings of responding at that pace? Should we be doing more projects like our Catechism commentary, or more posts that engage long-term issues within the Church?

But the experience is also humbling in the extraordinary moments where you realize “the power of the blog.” We have been fortunate to have far more of these moments in our first year than anyone might have expected. For me as editor, the best moments have been brief but heartfelt emails sent to me simply telling me that a reader (far away) appreciates what he or she is reading here, and hopes we keep it up. In fact, as Michael Sean notes, far more people will read what I am writing right now than what I write when I turn to work on my latest academic piece.

And to me, this latter feel of humility is the one I hope we can carry forward into coming years. In this past year, one controversy has been over Fr. Thomas Weinandy’s address about problems with today’s theologians. I do not want to oversimplify or dismiss Fr. Weinandy’s complex argument there, which has real merit. But when I read his address, I did cringe at this:

Too often, Weinandy said, theology degrades into an “intellectual game,” based on “the fun of being cleverly and sophisticatedly entertaining, or the thrill and buzz that comes with academic sparring.”

My experience of young Catholic moral theologians – especially of the ones gathered here on this blog – is that, whatever their views on a particular issue, they have come to Catholic moral theology because they are passionately committed to the Church and to their faith. That is, none of us went into this line of work to get rich or to gain prestige with our academic peers in other disciplines or to be “cleverly entertaining” at faculty dinner parties (where we are more likely to seem weird to everyone in “normal” disciplines!) – we’re in it because we care about the Church, and the Church’s mission to the world. Today, that mission necessarily includes working on the web, speaking as best we can through this very powerful and still strange tool. Such speaking can feel like the sower in Jesus’ parable, who scatters seed far and wide, on good and bad ground. Do we know which posts will perhaps spark someone in some parish to take action? Do we know which student, directed to John Berkman’s entry on animal cruelty for a class assignment, will change her eating habits for life? Do we know which entry will prompt a call from a local paper looking for further comment on an issue? We don’t. Indeed, we might say that the “instrumentalist tendency” of the web is to figure out ways in which we can manipulate things in order to produce the reactions we want.

Instead, I think we should simply go on in the confidence that ultimately the nourishing and flourishing of the Church depends on something much larger than us. But we still have to sow the seed. And keeping sowing. We can’t control the ground. But we can make sure the seed we sow is good seed. 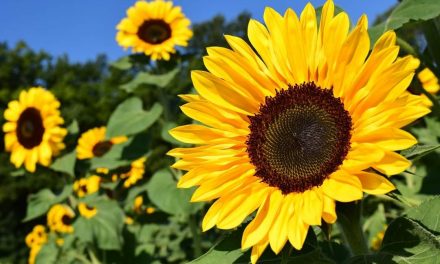 Ethicists Without Borders Statement on Russia’s Aggression against Ukraine