In an obvious take-off of my post last November on what Catholics might learn from the US presidential election season, I offer the following observations on papal elections and the Church for this sede-vacante period:

1. This doesn’t really change much.   I’m not sure, at the end of the day, how much of a Big Deal this is.  Maybe I’m just too nestled in my mid-winter blahs but it’s hard to see this as portending much, especially in a 2000 year old church where popes have left office in all kinds of ways (though yeah, usually through death).   There’s a new pope – but still, the Church stays the Church (in all the various meanings that Church has, theologically).  (So maybe I should say, “this doesn’t change much, ontologically.)

Of course the surprise resignation has raised questions about the distinction between office and office-holder – is there a real change afoot here such that the papacy becomes less about the man himself and more about the office?

It is maybe just the Protestant-to-Catholic convert in me, but I just  don’t see that the papacy has ever truly been a cult of the man in office, so it’s hard for me to see this resignation as a sea-change.  If it were really about the particular man in office, the papacy would have gone the way of so many, many personality cults that surrounds political and other leaders  – it would have died away or led to a revolt of some kind.  Though I know it hasn’t always been peaceful, I’m banking, instead, on another of many peaceful papal successions.

If the papacy has been focused on any particular man, it’s been Peter – and through Peter, Christ.

2. Don’t treat this as just another election.  I worry that in our discourse, we’ve been talking about this in the way we speak about American elections.  We see it as pro/con, liberal/conservative.  But that’s a dangerous way to see the Church – that suggests winners and losers, and that’s not what the Body of Christ is about.

That’s not to say that we can’t talk about hopes and dreams for the Church (and that doesn’t mean there isn’t change – about which see #3).  People across the Church, and many non-Catholics besides, have been talking in grandiose terms about what they’d like to see under the next pope  – everything from changes in the celibacy requirement for priests, to how the New Evangelization might *really* kick off, to perhaps women’s ordination and sanctioning of gay marriage.

The thing is, while a new election is exciting, it’s not at all the kind of “vote the change you’d like to be” opportunity of American politics and that’s what I’ve also been hearing in the discussion so far.  But we all also know: this isn’t a democracy and no amount of talking about what any one of us wants is a deciding factor for the 115 men gathered in conclave.

Included in that realization should be the fact that about 13% of the College of Cardinals are North Americans or from the Caribbean – the rest, of course, representing the global reality of the Church (though the percentage of European cardinals still far outstrips the number of cardinals in other areas of the world) and that there are global issues that have very little to do with a lot of what American Catholics see as The Issues.

I actually think this is a good thing for at least one reason: it means our church life isn’t all about the vote.  American elections seem to make voting seem to portend that the end of the world is near unless the vote goes the right way.  And that leads me to:

3.  Don’t focus too much on “purple ecclesiology”.   I first saw John Allen use that phrase to describe the way Catholics and non-Catholics alike often speak about bishops, cardinals and the pope as almost the sole members of the Church.  After all, priests and bishops make up about .04% of the Catholic population, as he also noted.   He wrote:

The self-parodying nature of purple ecclesiology was once memorably captured by Cardinal John Henry Newman, who, asked for his opinion on the laity, replied, “Well, we’d look awfully silly without them.”

Seeing the church through a purple filter is misleading, even if all we take into view is the visible, institutional dimension of Catholic life. Most Catholic schools, hospitals, social service centers, movements and associations, even chanceries and parish headquarters, are staffed overwhelmingly by laywomen and men. More deeply, however, the church doesn’t exist for itself, but to change the world, which means that if its message is to penetrate the various realms of culture — medicine, law, the academy, politics, the economy and so on — it’s either going to be carried there by laity, or not at all.

Which is to say:  a papal election isn’t the only or even the main way things get done around here.

4. There will be surprises – there will be what I guess I’d call “second-order changes”.     I don’t want to do too much predicting here, but I think I can safely say: papal elections are always surprises, and the new popes who get elected are full of surprises.  Pope Benedict XVI was a much different pope than I thought he’d be – from beginning to resignation.  He was more pastoral than his position as the head of the CDF led me to think he’d be; his encyclicals were richly theological and interesting.  And his resignation – definitely a surprise (though in retrospect, not wholly the surprise it should have been).  He didn’t live the office in the way people expected him to live it, but then, neither have most of the popes of the twentieth and twenty-first centuries.

Whoever gets elected – I expect a fair number of surprises…. We can thank the Holy Spirit for that….

5. The church won’t stop talking about sex, nor should it.   At the least, as my colleague Charlie Camosy mentioned, the sex abuse scandal and crisis should continue to be foremost in our minds.  But I have heard some mention that maybe the pope’s resignation – and a new pope – might mean that the Church could let go of sex and “pelvic issues” and just let people be. Sex ought to be private, they say.

The difficulty is:  I think that the sex abuse crisis is connected (in all kinds of ways that we don’t necessarily see) to how we, societally, understand and navigate sex.  We need to be interrogating ourselves much more – and not just asking whether celibacy leads to sexual abuse (which Fr. James Martin addresses very eloquently here).  I want to see more honest discussion about why teenagers feel its acceptable to refer to a girl they’re raping as “the dead girl” and posting about it on social media.  I want to see more honest discussion about why 25% of college women have been raped.  And I want to know how those terrible understandings of sex feed into (or off of) clergy sexual abuse – but also how we all, as a culture shape those views.

And I don’t think we have those conversations if we just decide that “pelvic issues” are off the table. Disagreements are difficult to have, I know – but shutting up everything except the sex abuse crisis into “my private bedroom” doesn’t help anybody either – in fact I think it encourages more hiddenness and privacy about the sex abuses cases, too!  And it just hides things like sexual assault that need to be more in the open rather than less.  We need to keep talking about sex.  A papal election shouldn’t change that. 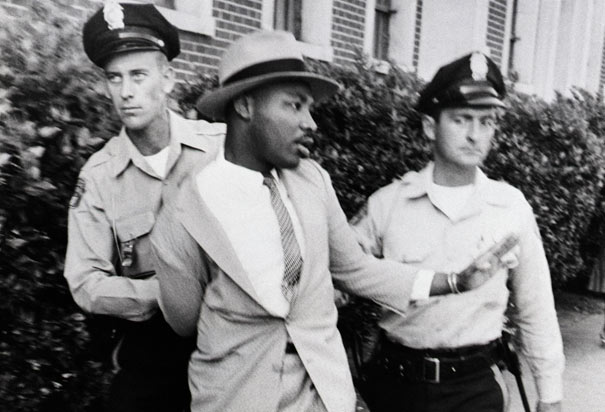