While the Catholic world I live in has been counting down to “sede vacante,” the DC area world I live in has clearly been transfixed by another countdown: to sequester! In case you haven’t heard, and it seems that many Americans had not until very recently, sequester is an across-the-board cut in all federal spending – defense and non-defense. No one really quite knows what that’s supposed to mean. Because the whole point of the sequester, when it passed in 2011, was to impose a scenario so dire for all parties that they would be “forced” to make a deal.

It turns out “everyone loses” is a winning hand in today’s Washington. On the ground here, my home of Frederick County, Maryland, has almost 20% of its workforce directly employed by the federal government. The on-the-ground effects of program reductions and furloughs (but no official pay reductions are allowed) will certainly be felt. But federal spending is spread all over the country.

But commentary here is not about the economic effects of sequester. I think sequester is morally instructive to us – kind of like a fable, but it’s real – in two significant ways.

First, there would seem to be a moral problem when one imposes a penalty on oneself that is supposed to be so drastic that you would never let it happen… and then it happens. It could be, of course, that you misestimated how drastic the penalty actually was; it became too tempting to take the penalty and forego the hated work. But it seems that the government are like students in my course: they see the F coming, they know I will use it, and yet they’d rather take the F than step up and complete the work. This seems to betray a lack of moral character.

But it could be that my assignments are so daunting and impossible that students simply give up rather than fail at them. This exposes a second and probably more significant moral problem: the task of any kind of fiscal solution is politically daunting or even impossible, because politicians are trapped by contradictory desires in the population at large. As this remarkable Pew survey shows, Americans were surveyed about whether they would support cuts in 19 different areas of government… and in NOT A SINGLE AREA did a majority of respondents support cuts. Indeed, the one area that almost got there (sadly) was “aid to needy nations,” at 48% – how kind of us! – but this is vanishingly small in the larger scheme of things, and other areas very quickly descended.

Chris Cilizza of the Washington Post commented that maybe we need the sequester:

Somewhat amazingly, of the 19 areas Pew asked people about cutting, Americans favored increasing spending over decreasing spending in 16 of them. What those numbers make clear is that most people live in a fantasy world where overall federal spending decreases even as spending on virtually every federal program increases. Given that “reality”, it’s uniquely possible that only through crisis — manufactured or not — will people come to grips with the fundamental paradox at the center of their thinking of what the federal government should or shouldn’t do.

The American people turn out to be like that impossible-to-please, over-demanding boss (or teacher). Too many Americans seem to combine zealousness for cutting government (or at least taxes) with a fantasy world where nothing “important to them” gets cut. This is the desire of “something for nothing,” rather than “you get what you pay for.” My own county, now run by an extremely anti-government, anti-tax set of Republicans, is exactly the irony. Apparently, government is bad and gets in the way of our lives, especially the federal government… except for employing 20% of the entire working population!

For some, these two areas are merely technical or factual problems, but I think they are more than that. The second problem comes up on other issues as well. Americans overwhelmingly desire to do something about climate change and the environment, with over two-thirds saying that the United States should lead on this issue, even if other countries do not follow. But only 12% think that such changes “would make their lives worse.” I’d like to believe this – but any credible study notes that significant reductions in emissions are only possible if we take on the big sources: too much driving, too-large vehicles, a carbon-intensive, high-meat diet, and heating and cooling large houses. All told, these four areas account for nearly 60% of American emissions. Like health care and middle-class entitlements in the budget, cars and big houses are where climate change really must be confronted. Further, more than 70 percent oppose any kind of tax on carbon emissions, the most immediate solution to the distorted price incentives currently in place.

How do we name the moral issue here? Perhaps the virtues can help us. They are at least moral issues in terms of prudence – that is, a truthful seeing. Much ink spilled over “prudential judgment” last year should remind us that prudence is a moral virtue, and that it is a moral failure to deliberately distort vision or to deliberately refuse to recognize reality. I actually think this is a problem that is found all over important public issues. But I would suggest these failing involve fundamental problems in making judgments about both temperance and justice. There is a getting/giving imbalance that some people think should be imbalanced – they deserve to get more than they give. And those who are able to give refuse to do so.

Indeed, the pattern here can be seen even on an issue like abortion. Pro-life advocates rightly point out that it requires some kind of willful blindness to suggest that the fetus is not a person, not in fundamental continuity with the infant. This seems most obviously the case insofar as we tend to judge morally pregnant women who make poor choices that may harm their unborn child, indicating that the woman bears some kind of moral responsibility for the child. If this is so, it seems as though they would also have a responsibility not to kill it. Thus, a failure of justice. And both sides shy away from the obvious underlying point that a culture where abortion is rare or nonexistent simply has to be a culture where there is a lot less sexually-promiscuous behavior. Thus, a failure of temperance. The problem is one of prudence insofar as there is an inability to see the logical connections among various choices. And it needs to be clear: these are not simply “policy options.” To use the climate change example, there are various policy options for increasing the price of carbon, and there would be reasonable disagreement about these options. But the need to increase the price of carbon to pay for the externality – that is simply a logical connection that follows directly from the acceptance of global warming as a problem and the market as the place where we buy and sell consumption goods.

The jury is out on the actual effects of sequester. But perhaps it can provide an opportunity for us to think more clearly about the moral responsibility we all bear for this situation, and how we can better name the moral problems that afflict us. 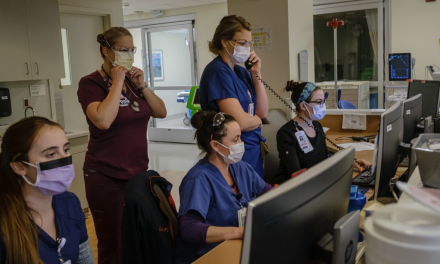 I Want to Be Dependent