This past week, I found myself considering the feasibility of constructing a spider hole as a handy way to avoid hearing or reading or saying anything more about abortion or contraception or religious freedom for a while.   The Obama administration’s recent HHS exemption decision  (you know about this unless you have  been in your own spider hole) had combined with  the announcement that “Susan G. Komen for the Cure” (a leading breast cancer charity) was severing ties with Planned Parenthood to create what has been a perfect storm of political controversy from which angry cries of “To hell with you!” and much worse could be heard.

In the midst of all of this angry debate, I would have thought it would be obvious to everyone that we have a major political controversy on our hands.  And yet, one of the things that keeps coming up in the midst of these debates is the claim to be above politics.  For example, yesterday New York City Mayor Michael Bloomberg announced that he was cutting a $250,000 check to Planned Parenthood.  In a statement, the mayor said that “Politics have no place in health care.”  Of course this is absurd.  The very notion that women should have free and widespread access to cancer screening is itself a political claim.  It’s a claim that we as a society have an obligation to make sure that poor women – indeed all women –have ready access to breast cancer screening and other vital healthcare services.  The mayor is further suggesting through the use of his “non-political” donation to Planned Parenthood that it’s perfectly fine to deliver cancer screening services via an agency whose very name suggests that its primary purpose isn’t really about preventing breast cancer.  The only reason that Bloomberg can trick himself into thinking he’s made a value-free, a-political claim is because he lives in the city of New York where there is extraordinarily widespread acceptance and support for his point of view.    That consensus does not exist nationwide.

Bloomberg is a key political and financial supporter of an organization called “No Labels” that (according to the group’s website) aims to be a “voice for people who want a less partisan, less ideological, more common sense approach to solving the nation’s problems.”  It characterizes itself as a group that wants to “get things done” and “make government work”.  I think that this is what Bloomberg means by going beyond or above politics.  But this can only work where there is a consensus about what government is supposed to “get done”.  Are we supposed to enact the Simpson-Bowles deficit reduction plan or invest more in infrastructure and job creation?  Are we supposed to cut payroll taxes or cut the capital gains tax (or neither one)?  Pretending that a political movement can be about action and not about ends or goals is disingenuous.  No Labels is a political agenda disguising itself as pure pragmatism.

Meanwhile, the New York Times has been turning to the tried and true method of putting forward political or at least value-laden claims as if they were purely objective scientific fact.  A recent piece in the Times included this statement: “The Obama administration relied on the recommendations of the Institute of Medicine, an independent group of doctors and researchers that concluded that birth control is not just a convenience but is medically necessary ‘to ensure women’s health and well-being.’”  Note the strategic use of the words “independent” (i.e., above politics; objective) and medically necessary.   But, this is a statement that cannot be taken at face value.  How is necessity or “health and well-being” being defined here?

About a decade ago, Gilbert Meilaender wrote a piece in which he criticized the NIH  Human Embryo Research Panel for making the following claim: “The Panel weighed arguments for and against Federal funding of [pre-implantation human embryo research] in light of the best available information and scientific knowledge and conducted its deliberations in terms that were independent of a particular religious or philosophical perspective.”  In response, Meilaender wrote that “We are not philosopher-kings who can adjudicate disputes between conflicting views without ourselves being parties to the argument. We are human beings, invited to reflect upon what that humanity means and requires in the field of bioethics.”

Let me conclude by saying that there is some truth in the warnings of Bloomberg and others of the danger of allowing “politics” to overwhelm our careful consideration of these controversies.   For example, I think that some of the overheated rhetoric from Catholics about the “grave evil” of contraception is not helping us to think clearly here.  The fact is that some forms of contraceptive therapy cannot possibly be characterized as “gravely evil” even by someone who sleeps with a copy of Humanae Vitae on his bedside table.  The Times gives us one example:

At some schools, students say the rules are so stringent they have a hard time getting coverage even if they need birth control pills for strictly medical reasons.  One recent Georgetown law graduate, who asked not to be identified for reasons of medical privacy, said she had polycystic ovary syndrome, a condition for which her doctor prescribed birth control pills. She is gay and had no other reason to take the pills. Georgetown does not cover birth control for students, so she made sure her doctor noted the diagnosis on her prescription. Even so, coverage was denied several times. She finally gave up and paid out of pocket, more than $100 a month. After a few months she could no longer afford the pills. Within months she developed a large ovarian cyst that had to be removed surgically — along with her ovary.“If I want children, I’ll need a fertility specialist because I have only one working ovary,” she said

I hope that we can agree that Catholic concerns about the “grave evil” of contraception led to a policy or at least a de-facto situation that had a very adverse impact on this woman’s health and well-being.  It is not right to design a system in which women must jump through hoops to get access to birth control pills for medical (non-contraceptive) reasons because of Catholic concerns about scandal or because of unspoken suspicions that women and doctors are lying or faking medical conditions to get access to the pill.  If this is what Bloomberg meant when he spoke about the need to keep politics out of healthcare, I’d say “point well taken.” 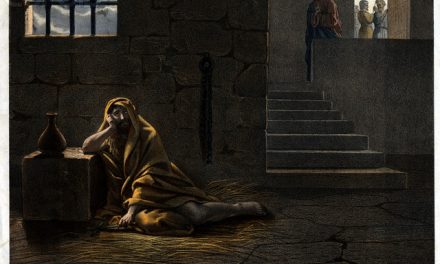