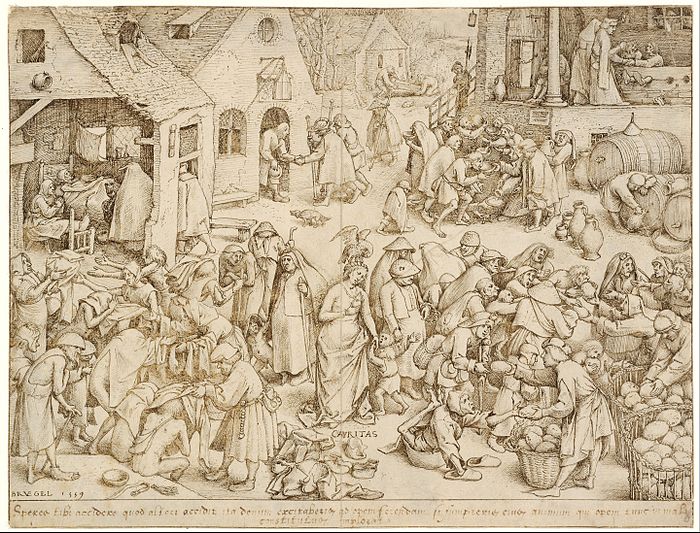 This is a guest post by Mark Levand, PhD, an adjunct professor in the department of theology and religious studies at Villanova University and in the Center for Human Sexuality Studies at Widener universities

Recently, the overseer of the pope’s charity funds, Cardinal Krajewski, offered financial relief to trans sex workers in Italy.  The parish priest, Father Andrea Conocchia who connected the sex workers with Krajewski, noted these sex workers were deserving of “respect and recognition as human beings,” citing Jesus’ own actions and gospel message, saying “it seems that this was the attitude of Jesus.”  This is a good example of a Catholic response to sex worker relief.

Wisdom from the Catholic Social Tradition

It is no secret that the Catholic Church is doctrinally opposed to sexual relations outside of marriage.  Though we see Augustine and Aquinas supporting the concept of, at best, tolerating sex work, the Church is pretty clear that it views ‘prostitution’ (what I am intentionally calling here ‘sex worker’ for a number of reasons) as immoral.  However, omitting sex workers from a financial relief response is unethical and un-Catholic on several accounts.

The obvious and most foundational support for the need to include sex workers in financial relief is human dignity.  Made clear in Gaudium et Spes (28), this dignity can never be lost—even one does not approve of another’s actions.  “God alone,” the paragraph continues, “is the judge and searcher of hearts.”  It is in this teaching we see a two-fold mandate: (1) a person’s human dignity can not be undone and (2) their dignity is held regardless of judgments others may pass.

Along with human dignity, Gaudium et Spes emphasizes the inherent social nature of humans.  In Catholic Social Teaching, we see this most clearly identified as the principle of solidarity—the interconnectedness of all human persons.  Gerald Beyer describes in his article, The Meaning of Solidarity in Catholic Social Teaching, as “moments” of solidarity—recognizing that interconnectedness is a true reality, an initial response, and a sustained understanding.  This second moment of solidarity, Beyer says, moves to an initial response.  Pertinent to our discussion, he notes “in some instances, this may require an act of compassion, a ‘crisis intervention’ of some kind. In a situation that gravely threatens a person’s health, bodily integrity or psychological well-being, direct, immediate aid is necessary.” A fiscal aid response falls squarely into this second moment of solidarity.

The concept of a Catholic pastoral approach to sex work can seem like a far reach for those not engaged in pastoral care.  In her dissertation research on sex work in Nigeria, Sr. Nkiruka Okafor, IHM, describes the L.I.V.E approach (Listen, Introspection, Validation, Emancipation) model of pastoral care.  Sr. Okafor deduces this approach from Jesus’ handlings of the woman caught in adultery (Jn 7:53-8:11).  She offers an integration of counseling skills for those providing care to sex workers.  The most pertinent to our conversation is the Introspection approach that she urges helps the provider “not take a one-up or better-than-thou attitude” toward sex workers. A care giver’s attitude of moral superiority (whether personal or institutional) can impede ethical, immediate, and necessary aid.

This support was upheld by Cardinal Krajewski as “normal” for the church, citing the gospel as its foundation.  Krajewski and Conocchia operationalize in pastoral care this message of the church regarding the dignity of others.  Without checking a sense of moral superiority, we may hinder aid which can prevent people from slipping into more precarious economic positions.  If we do not include sex workers in our financial relief efforts, we are encouraging a graver sin – choosing against human dignity – which says more about our character than that of those we are called to help.

NOTE: It is important to make clear that in this article, I am referring to people who engage in consensual sex work.  Those who are forced into sex work (aka sex trafficked) also need aid, but this distinction should be made clear here because it is often overlooked.

Conscience at the Polls: Climate Change and Environmental Justice