Custom, Habits, Ongoing Formation: A Response to Kelly and Romero 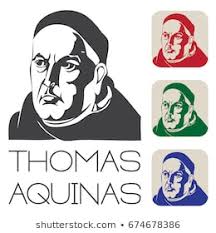 A guest post from William Mattison, Wilsey Family Associate Professor of Theology at the University of Notre Dame, in our roundtable series.

Thank you to both Conor Kelly and Miguel Romero for taking the time to read a recent essay I wrote for the Journal of Moral Theology and write enormously insightful responses.  It is always a privilege to have one’s work engaged in this manner, and the fact that scholars of this quality took on the task is a great honor.

Both scholars do a superb job summarizing the intent and argument of the essay, so I prescind from that here.  Instead I’ll address two points each from Kelly’s and Romero’s responses, in the order they are made.

Kelly notes that my essay ends with the claim:  “this essay has ramifications for how further growth in infused virtue occurs once it is possessed” (24).  I confess that recent scholarly debate over the possibility of a person who possesses infused virtues also possessing acquired virtues is indeed the genesis of my research on custom.  (For my article on that debate, see here.)  So Kelly is exactly right to press this further.

But Kelly shows he indeed grasps this point when he claims:

when an agent who possesses the infused virtues acts out of those virtues, he or she can dismantle the “certain ordinary dispositions remaining from previous acts” that are normally removed during the process of building up the acquired virtues but that might not be so removed with the graced infusion of virtue. This would seem to be a process of habituation, but it is hard to describe it in these terms because the agent already has a habit—in this case, the infused virtue—guiding the action and that habit is not changing.

This is exactly right.  Though this might “seem to be a process of habituation” (namely, gaining acquired virtue), it is not.  It is further growth in infused virtue.  Kelly accurately says, “By attending to the influence of custom, however, there is a new locus for this transformation to occur, suggesting that one can continue to grow in infused virtue by chipping away at the customs.”

I would only add that rather than describing this process as supplying “new customs more in line with the infused virtues,” it is better described as growth in infused virtue as the person’s (grace-enabled) rational powers better integrate the person’s sensory powers.  To use an example, imagine an early morning prayer routine that is initially resisted by one’s being “used to” (accustomed to) sleeping later.  If one becomes “used to” getting up early such that there are no “contrary dispositions,” one has not gained a new custom “underneath” the infused virtue disposing one to prayer, but has rather become more wholehearted in living the infused virtue.  It was the very activities of the infused virtue that caused the corresponding changes in the sensory powers, such that getting up early is what one is “used to.”

For his second point, Kelly expands upon my treatment of custom in a wonderfully practical way.  That account of custom notes in passing how persistent social practices (Aquinas’s first sense of “custom”) cause dispositions in us (Aquinas’ second sense of custom) that can develop further into habits (either virtues or vices).  Kelly notes this is essentially a claim about education, understood more broadly as human formation, especially evident in children but applicable to all.  He laments that contemporary practices regarding frequent smart phone usage form us (or really de-form us) into people who are trapped or bound into such usage by societal customs and their own internal dispositions (custom dispositions).  This application of the technical Thomistic analysis is exactly the sort of practical use of this research for which I had hoped.  It raises the question of whether or not such stable smartphone usage in a person is merely a custom disposition in a person or in fact a habit (presumably vice).  That would depend on the extent to the actions to which one is (dispositionally or habitually) inclined are grasped as to their own ends and relation to one’s other ends, all in relation to one’s overall view of things.  This is precisely what it means to possess a habit rather than a disposition.

Turning to Romero’s two points, there is no Catholic moral theologian that I know doing more in depth work on disabilities, with attention to Thomistic moral theology, than Miguel Romero.  So I was particularly eager to see his response and I read it knowing that he brings this perspective to all he writes.  His first observation is how important it is to recognize that virtues (or other habits or dispositions) are qualities, qualifications of human capacities rather than the capacities themselves.  My own interest in this point is that moralists today too commonly speak misleadingly about virtues, as if they are artifacts (or worse, substantial forms) that a person picks up or loses.  Rather, they qualify who a person is, and that “underlying” (if you will) natural capacity remains when virtues are gained, lost, etc.  This has clear ramifications for debates over the possibility of simultaneously possessing acquired and cardinal virtues.

But Romero sees other ramifications.  He mentions the pertinence of this point for the ongoing possession of habitual grace, as given in the sacraments, for those who have lost the use of reason.  In other words, qua qualities habits can continue to qualify natural capacities that are for a variety of possible reasons impeded from functioning.  He mentions late in life inability to use reason.  Presumably, he has in mind other intellectual disabilities.  There is also extensive work in the tradition on this dynamic in children due to the practice of infant baptism.  Children incapable of reasoning are still said to possess virtues (in habitu)of the intellect (e.g., faith) and of the will (e.g., charity), even as those natural powers are impeded by immaturity from being acted upon (in actu).  They are said to possess faith and charity in habit though not in act.

There are important resources here for understanding the person’s communal or corporate identity as member of the Body of Christ.  More directly relevant for Romero are the possibilities for describing how virtues may be possessed by a person even if unable to be expressed in activity.  While one might think of those at the beginning or end of life or those disabled, we should also see here room for further growth or development in the exercise of virtue for all persons in this life.  As so often occurs in disability studies, clearer understanding of people who are more obviously impeded from full flourishing illuminates the common ways we all are impeded from full flourishing.

This leads to Romero’s second point.  He notes my essay’s attention to Aquinas’ position on the so-called plurality of forms debate, and how Thomas’ own view was that the various levels of existence of the human person (vegetative, sensory, intellectual) are unified under one rational soul, which includes rather than displaces those other facets of the person, in varying ways.  He correctly notes that my concern here is to distinguish the source of specification of activity in a custom as the senses (what one becomes “used to”), from the source of specification of activity in properly human habits as one’s rational powers.  He wisely connects this claim to Aquinas’ distinction in I-II 1,1 between properly “human acts” (akin to properly human habits) and “acts of a human” (akin to customs).

Yet he expands upon my point, rightly I think, to note that this is not the same as claiming that “acts of a human” (akin to customs) whose specificity is supplied by the sensory powers are the same as animal activity just because animals also possess the sensory powers.  After all, human sensory acts are still “acts of a (rational) human” even as they are not “human acts” specified by reason.  The implications for people with disabilities should be clear.  Even when acts are not specified by one’s rational powers, they are still acts of that (rational) person, rather than animalistic acts.  (See Romero’s penultimate paragraph for an excellent account of this point.)

Yet once again a point that could wrongly be limited to persons with disabilities actually applies to all of us.  All of us have aspects of our lives where our actions arise more from custom than from properly human habit.  Yet just because in these areas we do not act in a fully human manner, does not mean we act in a sub-human manner.  In his classic article “Aristotle on Learning to be Good,” Miles Burnyeat describes such areas of our lives as “pockets of thought in us which can remain relatively unaffected by our overall view of things” (80).  He goes on to say that in a “fully developed man [sic]of virtue and practical reason they have become integrated with, indeed they have become infused and corrected by, his reasoned scheme of values.” [Note his use of “infused” here has nothing to do with grace, but rather means “permeated by.”]

In fact, in one sense, the journey of any human life entails further and further integration of such “pockets” into one’s “reasoned scheme of values.”  Elijah Millgram has put it this way:

“At one extreme, someone in whom action is triggered by whatever impulse happens to come over him, without any regard to other concerns or interests he may have, is a mere collection of reflexes rather than a cohesive acting self.  At the other, the thoughtful deliberator whose every decision is appropriately informed by the full range of considerations available to him is the phronimos,” an “ideal of practical intelligence, unified agency, and virtue.  Between the extremes of infancy and wisdom lies the modicum of coherence that we demand of responsible adults…” (Practical Induction,53).

While not equating all impediments to fuller integration across persons, with or without disabilities, it is surely the case that all persons are at various points toward such integration.  The extent to which particular acts and even dispositions or habits are more perfectly voluntary, more properly human, is the path of growth that marks every human life.

Both Kelly and Romero offer a great service in seeing the practical application of this technical inquiry.  One can truly possess properly human habits (i.e., not merely customs) and still have “room for growth” in such habits by integrating additional areas of one’s life.  Indeed for all persons graced with infused virtues such as faith and charity – infants, elderly, disabled or those fitting none of these – growth on the journey of discipleship throughout life entails allowing these areas to be brought into the light of God’s grace and acting accordingly.  In his recent book, Sin: A Thomistic Psychology, Steven Jensen beautifully describes this dynamic: 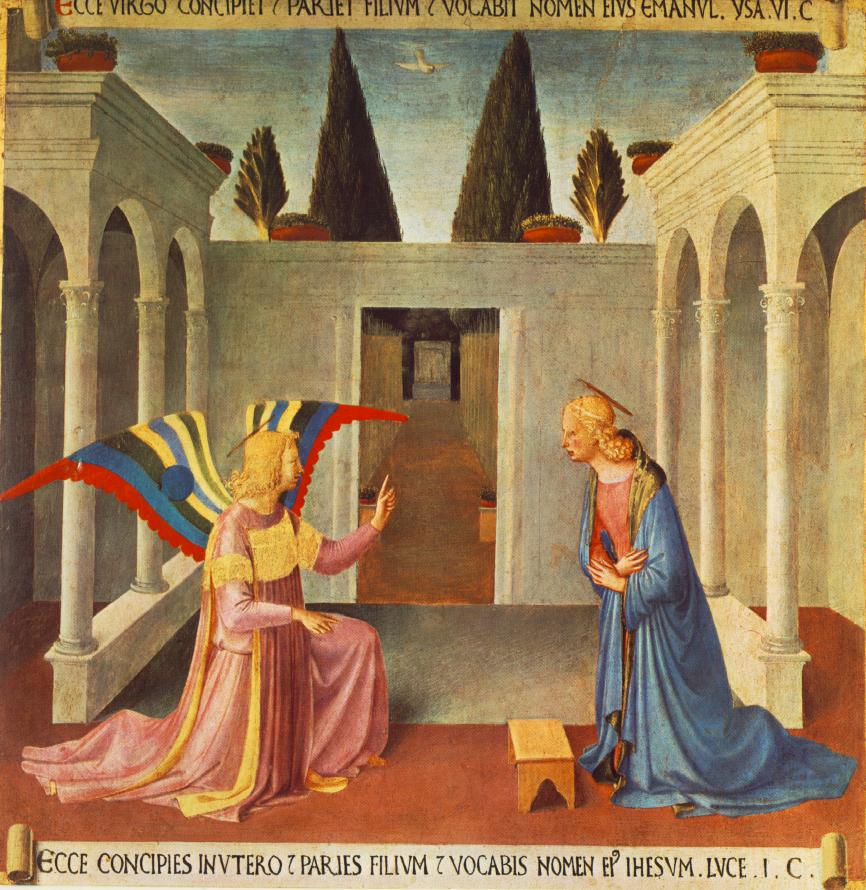 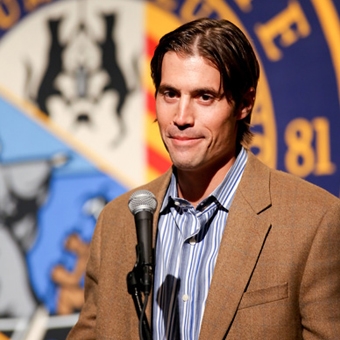