During the past 24 hours or so, Mirror of Justice has been all over an article which recently appeared in the respected Journal of Medical Ethics titled ‘After-Birth Abortion: Why Should the Baby Live?’  The article has a fairly straightforward thesis–one which is not new, but is not currently supported by many people. Here it is in a nutshell: if we can kill prenatal children because they are only potential persons and do not have full moral status, then we should be able to kill postnatal children for the same reason.  The authors even use the self-consciously awkward term ‘after-birth abortion’ to drive home the kind of reasoning going on. They argue that women have abortions for all kinds of reasons that should also be accepted as reasons for infanticide, and also that it is not always in a future person’s best interest that they be raised by adoptive or foster parents.

Now, let me be perfectly clear, it does not follow that just because one supports abortion rights that one must support the right to infanticide.  One could support abortion rights for many reasons which have nothing to do with the moral status of the child: one might reasonably believe that prenatal children deserve equal protection of the law, but also that this doesn’t require women to sustain them with their bodies; one might believe that there is no good way to get the laws banning abortion enforced without seriously hurting the common good;  one might also, based on history, have some hesitation to return to a time where there was broad government regulation of a woman’s reproductive capacity.  There are others, but this covers most of them.

But we need to be honest about the fact that many of these are academic arguments, and many of the average people who support abortion choice do so in large measure because of what they believe about the prenatal child.  This is in part why there was such an outcry from so many who support choice when the MS personhood amendment (which didn’t deal with any of the complex questions in the paragraph above) was put forward.  For a plurality of people, the abortion debate turns on what kind of thing the prenatal child is.

Now, Robert George calls the argument from the JME article about infanticide “madness.”  I can understand this reaction because I also strongly disagree with the argument.  But it is really madness?  As Peter Singer points out very nicely, if we throw out the Judeo-Christian tradition as our guide, it isn’t clear at all that a newborn infant has the same moral status as a human being who is reading these words.  It certainly wasn’t the case in ancient Greece and Rome, and infanticide is still widely practiced in places like India and China where there has been little influence from the JCT.  Singer further argues that we are slowly chipping away at the JCT and its speciesist focus on human beings as somehow valuable apart from their interests.  Prenatal human children are human beings, he says, but they are not persons because they have no rational and self-aware interests–and we recognize this in our culture through our abortion public policy.  Is it “madness” to believe this?  Many millions do believe it, and have strong (though, in my view, ultimately misguided) arguments for so doing.  I think they happen to be wrong, but if they are not “mad” in claiming that ‘a non-rational human being is a non-person’ before birth, then neither are they mad when they make the same claim about non-rational human beings after birth.

But as terrible as this sounds for pro-lifers, we are not the bottom of this slope.  The authors of the JME article should be pushed to develop their argument all the way through.  They say:

In cases where the after-birth abortion were requested for non-medical reasons, we do not suggest any threshold [for when an human infant becomes a person], as it depends on the neurological development of newborns, which is something neurologists and psychologists would be able to assess.

But this looks an awful lot like an attempt to avoid following their argument to a place where where it actually would be reduced to the absurd.  Let us assume a relatively uncontroversial claim: “a pig, though having significant moral value, is not a person with a [legal] right to life.”  Then at least one question we can ask the authors of the JME article is, “At what point does a human infant’s rationality and self-awareness exceed that of pig?” Pigs have very sophisticated mental lives, and have even been taught to play video games.  In the interest of not wanting to make a mistake, we could be conservative and leave a large gray area: surely the authors of the JME article would have to allow infanticide through a human baby’s first birthday, right?  No one-year-old can be taught to play a video game.  Or perhaps in the face of uncertainty we should err on the side of parents‘ rights here.  Perhaps it will take past the first birthday (and go into our grey area) to determine, for instance, that one is not cut out for parenting, or that one would rather go back to school, or that one doesn’t want a child with a certain kind of mental disability, etc.  One might argue (as is done all the time in the context of abortion) that those scenarios ought to be resolved in favor of the parent.

No, this slope has far more room left down which we could slide.

Here is an open letter from the authors trying to distinguish the academic argument they were making from the practical and public issues it has raised.  Do you think it is fair?

Julian Savulescu, the editor of JME and director of the Oxford Centre for Practical Ethics, asked me to do a response to the article that now appears online (on the Practical Ethics Centre blog and the JME website) and will eventually be expanded, peer-reviewed and in the actual journal.  Here is the link, and this is the part where I talk about some of the reaction to the article:

For many people, but perhaps especially for Christians who are committed to nonviolence and special concern for the vulnerable, these conclusions are morally repugnant and can produce strong emotional reactions. And it is often appropriate to react with strong negative emotion in response to a great and violent injustice directed a particularly vulnerable population. I know, for instance, that when I first started reading Singer’s arguments about infanticide I became very angry, and today I believe quite strongly Giubilini and Minerva’s arguments are fundamentally wrongheaded. And yet, something needs to be said about the way many have reacted to their article. Though anyone advancing an argument in the public sphere on a controversial issue should expect to get strong negative attention (especially when doing so in a deliberately provocative way), it must be said that the personal attacks and threats of violence that have been leveled at Giubilini and Minerva—especially when the attacks come from those who identify as Christians—have been absolutely disgraceful. That hate and vitriol are spewed by people on all sides of these controversial debates is nothing new, but Christians are called to love and solidarity even with those who oppose us on massively important issues like this. When we behave in ways which undermine our own values of love, solidarity, and respect for life, we not only fail to live the life to which Jesus called us, but we also undercut the effectiveness of our own arguments. 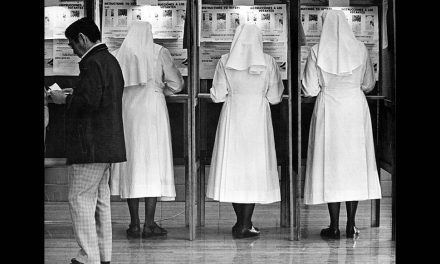