“We have guided missiles and misguided men.” Martin Luther King, Jr. made this observation in 1963, a year after the Cuban missile crisis, and it appears just as relevant for the current North Korean missile crisis. In the face of continued North Korean defiance, it has been reported that the Trump administration is seriously considering a “bloody nose” strike against the Kim regime. We urge the White House to take this option off the table. Ethics should guide the decisions of government officials, including with regard to possible use of military force.

In August, over a hundred experts in Christian ethics signed a statement on the Korea crisis, indicating the breadth of consensus amongst scholars against any United States first strike. Preventive war, as President Harry Truman famously remarked, “is the weapon of dictators, not of free democratic countries like the United States.”

According to analysts at 38North, the Kim regime believes that the United States is preparing to attack and that the risks to our allies in South Korea will not deter President Trump from pursuing an aggressive “America First” policy. Given Senator Lindsay Graham’s remarks on the President’s position and statements from National Security Advisor H.R McMaster, this understanding of US intentions cannot be dismissed as paranoid. This exacerbates so-called “first-strike instability,” since a weaker party that sees war with a more powerful adversary as inevitable may resort to a pre-emptive attack as its least-worst option.

Sober estimates of the likely consequences of renewed war on the Korean Peninsula predict massive casualties amongst the 24,000 US military personnel and their families stationed in South Korea and amongst allied forces and civilians. Even in best case scenarios where commitment of ground forces proves unnecessary to defeat North Korea—which the Pentagon views as over-optimistic.—the death toll would be catastrophic.

The risks of stumbling into a war that is not in anyone’s interests due to mistake or miscalculation (the false alarm about an incoming ballistic missile in Hawaii this past Saturday heightens these concerns) are elevated by North Korea’s diplomatic and economic isolation. A clear, consistent message from the White House that the United States desires peace and prosperity in the region and does not harbour aggressive intentions towards North Korea could substantially reduce the risk of war.

We applaud President Trump and South Korean President Moon Jae-In’s decision to delay annual joint military exercises scheduled to take place during the 2018 Winter Olympics in Pyeongcheong, and we are encouraged by President Trump’s recently expressed openness to pursuit of a diplomatic solution to the current crisis. As ethicists, we believe that the decision to use armed force should always be a last resort, when all other mechanisms for dispute resolution have been fully explored.

We deplore the failure of the North Korean government to respect international norms on the proliferation of weapons of mass destruction, or to promote and protect its citizens’ rights. However, the United States should demonstrate our respect for human life and dignity and our desire to promote freedom and justice—for Americans, for our allies and for the people of North Korea—by adhering to our established traditional principles on the ethical use of armed force.

We submit that there is a clear moral imperative to refrain from threatening a US first strike against North Korea, and strongly recommend that the Trump administration reassure our allies and adversaries that the United States intends to respect the long-established moral and legal norms against any form of preventive war. 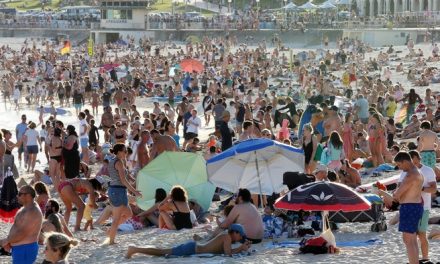