The National Eating Disorder Association (NEDA) dedicates the last week of February every year as Eating Disorder Awareness Week. During this week of awareness-raising, NEDA encourages everybody to do just one thing to fight against eating and body image disorders: “Distribute info pamphlets and put up posters, write one letter for Media Watchdogs, register as a Volunteer Speaker or host a Volunteer Speaker, post information on Facebook or arrange interactive and educational activities such as a meditation and yoga event, panel discussions, fashion shows, body fairs, movie screenings, art exhibits and more.”

No one has precise statistics on who is affected by eating disorders like anorexia nervosa and bulimia, often marked by severe weight loss, or binge eating, which can lead to obesity. But experts say that in the past 10 years they are treating an increasing number of women over 30 who are starving themselves, abusing laxatives, exercising to dangerous extremes and engaging in all of the self-destructive activities that had, for so long, been considered teenage behaviors.

The recent surge in older women at eating disorder clinics is not a reflection of failed treatment, experts say, but rather a signal that these disorders may crop up at any age.

Even brief exposure to thin-ideal images leads to marked increase in body dissatisfaction. Flipping through a fashion magazine, watching a few make-up commercials, or seeing a few weight-loss ads online all render us more susceptible to an increased level of body dissatisfaction and an increased predisposition toward disordered eating behavior. What is more, a high level of awareness about the nature of the thin ideal does not necessarily render a person immune to its effects. Research shows that even highly educated women critical of a thin ideal are still subject to increased levels of body dissatisfaction following exposure.

Why is this a moral problem? Everyday, we make seemingly insignificant choices that end up shaping the sort of people we become. The choice to subscribe to a fashion magazine or to flip through such a magazine at the checkout line of the supermarket, the choice to watch certain television shows which depict women especially in largely unrealistic ways, and even the choice to spend time on websites that cater to women with advertisements promulgating the thin ideal (Facebook especially is guilty of this) are significant choices that shape our moral character. It is not possible to avoid exposure to the thin-ideal completely, but it is possible to be aware of the impact that such exposure has on us all, and especially on women. Although the impact of the thin-ideal happens largely below the level of consciousness, we can become more conscious of how our attitudes and behaviors are being shaped by these cultural forces so that we can begin to challenge them.

Theologically, we might look to Romans 12:2: “Do not be conformed to this world,* but be transformed by the renewing of your minds, so that you may discern what is the will of God—what is good and acceptable and perfect.” Through exposure to the thin-ideal, whether we want to or not, we are being conformed to attitudes and values that are largely contrary to the gospel. As such, it is suitable that National Eating Disorder Awareness Week occurs during Lent this year. Lent is a season of fasting, where we purge ourselves of those things that keep us from being in right relation with God and with neighbor. The traditional Lenten practice has been to fast from certain types of foods. However, in light of the rising concerns about eating and body image problems especially due to exposure to the thin-ideal, maybe this Lent can be a season of media fasting, a season where we discern how our imaginations and desires have been hijacked by the media and where we try to purge ourselves of those sources of media. Maybe we can get rid of that fashion magazine subscription that we have sheepishly held onto, or maybe we can spend the remainder of the Lenten season avoiding unnecessary time spent surfing the web, or maybe we can give up television for the next few weeks. Through such a Lenten “media fast,” we can work on the “renewing of our minds” that Paul speaks of in Romans, a renewing of our minds that will allow us to begin seeing ourselves as beloved children of God rather than as failures to live up to an impossibly thin societal ideal. 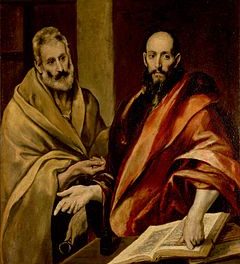 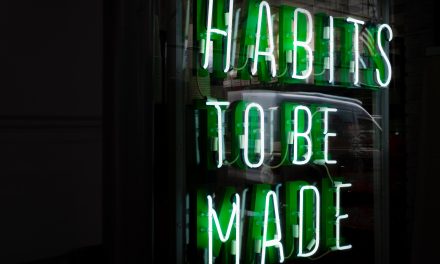