I appreciate the attention given to an argument made in my book on animals in a new review (up at The Public Discourse here) by Christopher Tollefsen. He is a good philosopher, and I’ve admired his work defending the most helpless among us: our prenatal children.  He spends most of this first part of the review (a second part will apparently be posted tomorrow) rightly pressing me in places where my argument is the most underdeveloped. However, the review is characterized by misreadings and/or mis-characterizations of my argument and, at key points, even a refusal to engage with my actual point of view at all.

Oddly, especially for a piece written in the “book review” section of The Public Discourse, Tollefsen doesn’t mention that this short book on Animals and Christian Ethics was written for students and others who are just beginning to come to these issues. He would be right to press me for more on the huge and complex questions about the nature of justice, but as I mention clearly in the text, discussions about the foundations and nature of justice were simply beyond the scope of this kind of book.

Tollefsen, operating within the confined nature of a blog post, also simply asserts (rather than arguing for) his understanding of justice:

This idea of fundamental equality amongst a class of beings, whom we can call persons, and fundamental inequality between that class and all other classes of non-personal beings is central to the notion that the relationships between those within the relevant class ought to be structured by norms of justice. Justice, to put it another way, is centrally concerned with the relationship between beings that are equal.

This is part of what justice is, no doubt, but at least as presented by Tollefson in this blog post it is clearly incomplete.  It would be more precise to say that part of what justice is concerned with is the relationship between beings that are equal.  But think about why should we treat equal beings equally.  The answer goes to a more fundamental notion: justice tells us that equal treatment is what equal beings are owed.  This broader and more fundamental understanding of justice is what I use in the book. I claim that justice consists in “being consistent and impartial in giving both individuals and groups what they are owed.”

It is extremely odd that Tollefson never addresses this definition, especially given that the central point he puts forth is a challenge about my understanding of justice.  He simply asserts his own understanding that justice is about relationships of equals and then moves to show that, theologically and empirically, non-human animals are not our equals–and concludes that our relationships between humans and animals cannot be a matter of justice.  This gives the false impression that, because I believe we our obligations to animals are ones of justice, I must be arguing that non-human animals and human persons are equals.  (Or at least that our obligations of justice are the same toward animals as they are to human persons.)

Let me be perfectly clear: I do not hold this position and I reject this position in the book several times. I even directly address whether we should consider very sophisticated animals (who are rational, self-aware, and perhaps even have a sense of justice or fairness themselves) should be considered the equals of human persons.  I explicitly and clearly conclude that they are not, and any claims or implications that I do are false.

In a related story, Tollefsen also misunderstands the critique of speciesism—and, once again, if he had engaged the understanding of speciesism in the text, he could have avoided this misunderstanding. The charge of speciesism does not, as he asserts, contest the views of those who hold that a “rational nature” is what gives all humans their equal moral status. Rather than focus on metaphysics, those who worry about speciesism as I consider it in the book worry about limiting personhood (and, in some cases, duties of justice and moral duties altogether) to the biological species Homo sapiens. Tollefsen himself nicely avoids making a speciesist argument about personhood when he admits that there are and could be non-human persons. Again, as I wrote in the book, is not speciesist to claim that all human beings are equal and have more moral value than animals. It is only speciesism if one has this preference for Homo sapiens in an arbitrary and exclusive way. In other words, the charge of biological speciesism is different from a charge of metaphysical speciesism.  I take up the former charge and not the latter.

Both Tollefsen and I agree that non-human animals do not have the same moral worth as humans. I nevertheless believe that our duties to animals are duties of justice. Justice claims are not limited in the way that Tollefsen suggests and go well beyond consideration of the relationships between beings that are equal.  We use this more basic sense of justice all the time. Upon seeing the new Hobbit movie, for instance, one might say, “Boy, that movie didn’t do justice to the book.”  Now, one may disagree about whether a book (or the story that is presented in the book) is the kind of thing that to which behavior (like making a movie) can be owed, but the understanding of justice that is operative and accepted here is of the kind that I use in my book–and not the kind for which Tollefsen argues.

Using variable placeholders, I would say that y has a duty of justice to x if x is owed behavior by y.  Tollefsen has already admitted that x could be something other than a human being—after all, there are and could be other substances of a rational nature in the world.  But could x be something other than a rational substance?  If not stories that appear in books (like The Hobbit), what about sub-personal animals? Are they the kinds of beings to which can owe behavior?  Could x be a chimp or a pig or a chicken?

The Catholic Church answers in the affirmative. The Catechism (197) could not be more clear: humans “owe [animals] kindness.”  It spells out our obligations in more detail a couple lines down, explaining that while we may eat animals, it is nevertheless wrong “to cause them to suffer or die needlessly.”  If we do cause animals to suffer or die needlessly, then we fall short of our duty to be kind to non-human animals–something that the Catholic Church teaches is “owed” to them. Given the definition of justice operative in my argument, our duty to be kind of animals is a duty of justice.  This duty of justice is not the same duty we have to persons, mind you, but it is a duty of justice nevertheless.

These arguments about justice are very important, but they are not going away anytime soon.  (Taking a doctoral seminar on Justice while a graduate student with visiting professor Nick Wolterstorff convinced me of this!)  At the end of the day, however, arguments about the nature of justice are not decisive for my central argument.  As I show in the book, very few of us “need” to eat meat—and virtually no one needs to eat meat from the horrific factory farms in which more than 50 billion voiceless and vulnerable animals are tortured and killed each year.  On this point, regardless of our views about the nature and foundation of justice, we can and should agree. And if we do agree, it means that we should not participate in the grave structural sin of factory farming–which needlessly causes untold billions of animals to suffer and die. 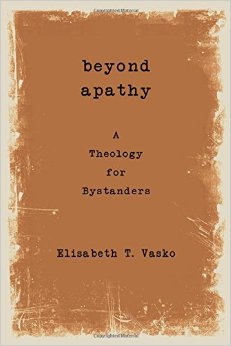