Joe Carter over at First Things has a post up this morning which claims, in rather strong terms, that Christians should not seriously engage with Peter Singer.  Indeed, for him, doing so is “silliness.”

Carter begins by noting that Singer has “some of the most controversial ideas in American academia”, but later in the post says, “Too many Christians in academia are worried that if they dismiss Singer as unworthy of serious consideration, they’ll find themselves on the margins of academic life.”  In addition to being in direct tension with his opening thought (Carter switches back to his original position in the next paragraph in saying that Singer’s view are “all but universally recognized as self-evidently wrong by those in possession of rational faculties”), it isn’t clear that this statement can be defended on its own terms.  For who are these “too many Christians”?  The recent conference at Oxford called “Christian Ethics Engages Peter Singer” (which Carter claimed wasn’t worth attending…in part because of the “usual tropes of academic politics”) was remarkable precisely because it was so unusual for Christian ethicists and utilitarians to systematically engage in ways that took each others arguments and views seriously.

Singer has spent a lifetime justifying the unjustifiable. He is the founding father of the animal liberation movement and advocates ending “the present speciesist bias against taking seriously the interests of nonhuman animals.” He is also a defender of killing the aged (if they have dementia), newborns (for almost any reason until they are two years old), necrophilia (assuming it’s consensual), and bestiality (also assuming it’s consensual).

It is remarkable that his first example of what is “unjustifiable” is “taking seriously the interests of nonhuman animals”.  I would argue that this is hardly the case, and that Christians should be making common cause with atheist utilitarians like Singer (a habit that Pope Benedict suggests we cultivate in chapter five of Caritas in Veritate) in reforming our practices with regard to other animals.  But is Carter actually interested in argument?

While I also find the other practices he lists in the above quote unjustifiable, simply asserting this, and then dismissing the whole of Singer’s thought, just won’t do.  Indeed, similarly dismissive moves have been made against the whole of the Church’s thought.  For many, one simply needs to list various positions of the Church on sex and procreation and then conclude that “Pope Benedict is justifying the unjustifiable” and that seriously engaging with his thought is “silliness.” Not only is it mistake to dismiss the whole of someone’s thought because one seriously disagrees with certain aspects of it, but it does a disservice to rational exchange to claim that one need not offer arguments in support of one’s disagreement.

Robert George, someone who thinks that Singer’s views are to be taken seriously, has admired his willingness to publicly and clearly follow his arguments wherever they lead:

Despite his repugnant moral opinions, he is to be commended, I have said, for his willingness honestly to face up to the implications of his principles. He knows that his views on infanticide will cause many people to regard him as an ogre or dismiss him as a crank, but he does not shrink from stating them. Nor does he sugarcoat them by suggesting, as some of his defenders do, that his belief in the moral acceptability of infanticide applies only in “extreme” cases of severely damaged infants who are suffering intolerable pain. Nor does he pretend that a principled moral distinction can be drawn between abortion and infanticide. Nor does he hold back from stating the implications of his views about sexual morality, even when the subject is bestiality or necrophilia, Moreover, I have always said, Singer argues in a fair-minded way. He does not resort to smearing his opponents or distorting their views. He tells the truth as he sees it. He does not trade in evasions or half-truths. He possesses the virtue of intellectual honesty.

George goes on to note that Singer has not been perfect in this regard, and Carter also drives this point home, but who among us has been perfect?  Singer takes heat as an ethicist when he fails to meet his high moral standard, but Christians should be the last to criticize him for this. In fact, an important part of the Christian story is that we fail to meet our own standard–again, and again, and again.  Hopefully this doesn’t imply anything about whether our standard is worth engaging or pursuing.  In the overwhelming majority of situations (including at the Princeton abortion conference this past October when Singer defended pro-lifers on several occasions), Singer acts with the virtue George describes above.

The main problem with Carter’s view is not that he himself holds it, but that so many other Christians also hold it.  He is correct that Singer’s views are becoming increasingly popular in the secular academy, but the answer is not to ignore this or dismiss such views without argument.  (This simply feeds into the narrative that Christians don’t have a response…other than, perhaps, restating our conclusions more forcefully.)  Instead, we should engage in the spirit of intellectual solidarity, allow ourselves to be challenged by these views, and craft challenges that push back.  If do this honestly, we might find that our differences are more narrow and interesting than we suspect, and also that we can make common cause on several pressing important issues. 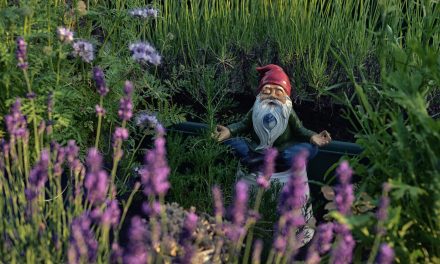 Lincoln and the Virtues of Politics