In Lectionary C, we wind our way through the gospel of Luke. One of the major motifs in Luke is that Jesus is the innocent and rejected prophet. We see the beginning of his rejection in this week’s gospel. Jesus announces to the crowds that they are seeing the fulfillment of Isaiah’s prophecy we heard in mass last week, that Jesus is the one anointed to bring good news to the poor, release to the captives, recovery of sight to the blind, and freedom for the oppressed. Amazed, they commend and laud him. That is, until they realize that Jesus isn’t talking about them, or at least only about them. When they realize that Jesus intends to include the gentiles as beneficiaries to God’s promises, they reject him violently, trying to hum him headlong down a cliff.

In understanding Jesus’ role as a prophet, we must recall how prophecy functioned in the Old Testament. Although we tend to think of prophecy in terms of oracles that predict the future, the most important role of the prophet was to convey the word of God to the people. The prophet was the authoritative interpreter of the Torah, the Law, and the mouthpiece for God. The prophet was the one who told God’s truth against all the lies of the world.

The truth, though, is hard to hear and the prophets are also characterized by their rejection. A prophet is a stumbling block. The prophet stands apart due to the distinctive message he is called to share. We see the prophet Jeremiah being set apart in our first reading where God calls Jeremiah even before birth to be a prophet to the nations. But we also see from the beginning that Jeremiah is to be rejected. As such, Jeremiah is called to set apart from the nation and to embrace a “fortress mentality.”

But do you gird your loins;
stand up and tell them
all that I command you.
Be not crushed on their account,
as though I would leave you crushed before them;
for it is I this day
who have made you a fortified city,
a pillar of iron, a wall of brass,
against the whole land:
against Judah’s kings and princes,
against its priests and people.
They will fight against you but not prevail over you,
for I am with you to deliver you, says the LORD.

Although prophecy is a particular vocation (not all of us are called to be Dorothy Day or Thomas Merton, for example, two prophetic voices of the 20th century), to the extent that the prophet declares God’s truth to the world, all Christian disciples are called to be prophets, to bring God’s message into the world. This is part of what Catholics understand to be the social mission of the church.

We must remember, however, that with the prophetic message that comes with our discipleship, we should expect to stand apart and to be rejected by the world. Being rejected by the world is very different from rejecting the world (to weigh in on a discussion that we are having elsewhere on the blog about Dorothy Day). The prophet is both immersed in the world but also set apart by her character and her commitments.

One of my favorite contemporary prophets is Mother Teresa whom my daughter is named after. Mother Teresa lived totally immersed in and in service to the world, but also totally set apart by her religious and moral commitments. She was beloved by the world, a Nobel Peace Prize winner and a highly-demanded public speaker. On February 3, 1994, she was chosen to speak at the National Prayer Breakfast, and here we see a similar reaction as we see in our gospel this week. The crowd that once loved her rejected her. In this speech, she spoke out against the way we treat the poorest and most marginalized, including the unborn: “But I feel the greatest destroyer of peace today is abortion, because it is a war against the child, a direct killing of the innocent child, murder by the mother herself.” Mother Teresa went on,

And if we accept that a mother can kill even her own child, how can we tell other people not to kill one another? . . . By abortion, the mother does not learn to love, but kills even her own child to solve her problems.

And, by abortion, the father is told that he does not have to take any responsibility at all for the child he has brought into the world. That father is likely to put other women into the same trouble. So abortion just leads to more abortion.

Any country that accepts abortion is not teaching its people to love, but to use any violence to get what they want. This is why the greatest destroyer of love and peace is abortion.

Many people are very, very concerned with the children of India, with the children of Africa where quite a few die of hunger, and so on. Many people are also concerned about all the violence in this great country of the United States. These concerns are very good. But often these same people are not concerned with the millions who are being killed by the deliberate decision of their own mothers. And this is what is the greatest destroyer of peace today – abortion which brings people to such blindness.

As we embrace our own prophetic stance, we must prepare ourselves to be rejected (and if we are not rejected, maybe our message isn’t quite prophetic). But we must take care at the same time to not reject the world that rejects us. The prophet is not a sectarian, but a stumbling block. We must also take care that our prophetic message is always marked by love, the greatest of gifts. This is what made Mother Teresa such a powerful prophet: her whole life was marked by a zealous love that was “not inflated” nor did it “seek its own interests” as Paul writes in his litany of love’s characteristics. It was on love that Mother Teresa’s prophetic speech ended: “If we remember that God loves us, and that we can love others as He loves us, then America can become a sign of peace for the world.” 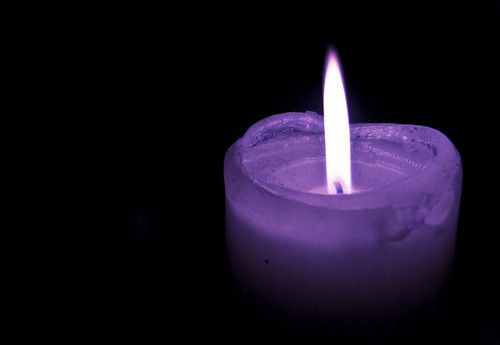 Light in the Midst of Darkness – The Second Sunday of Advent

To be Called and to Follow – Second Sundary in Ordinary Time

Pleading Before a Merciful God: The Seventeenth Sunday in Ordinary Time