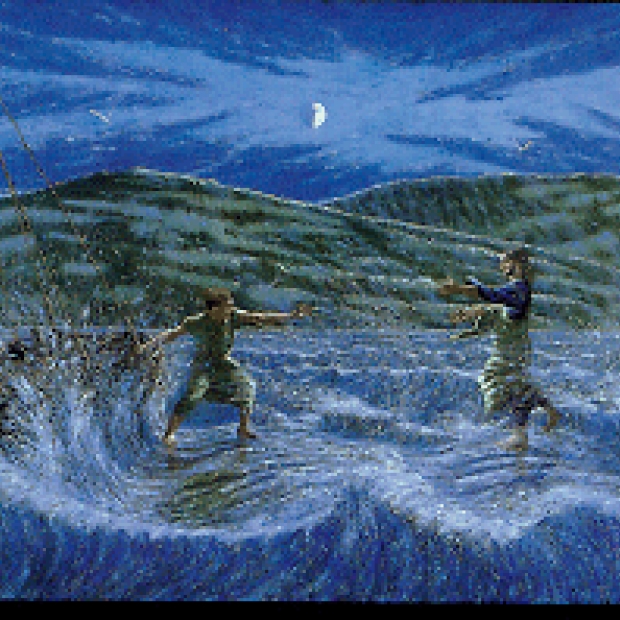 We live in stormy times. Often enough in the Bible, when God appears, it is with flashes of lightning and roars of thunder. When God appears to Moses at Mount Horeb, these are the great signs of appearance. Analogously, when we live amidst great and calamitous events, we are apt to search for God in them. But this week’s readings suggest an alternative: sometimes God is not in the storms, but in the calm and quiet.

The lectionary this week omits some crucial context for the story of Elijah in the first reading. Why is he hiding in this cave? Well, he’s in the midst of a stormy time for the people of Israel. There were some bad kings in this time, but we are told that “Ahab did more to provoke the Lord, the God of Israel, to anger than any of the kings of Israel before him” (16:33). His wife, the infamous Jezebel, has led him to Baal-worship, and the pair have killed all the prophets of the true God… except for Elijah. Elijah has just finished a big public showdown with the hordes of Baal-prophets, where they were embarrassed by the silence of their god, leading to their slaughter by the people. And once she heard about this, Jezebel sent word that Elijah was going to get his, “by this time tomorrow.” He fled, and has just walked forty days in the desert to Mount Horeb – the very mountain where God appeared to Moses in winds, storms, and flames.

God appears to him – but in the calm, not in the storms. And so we might connect the disciples in their boat, being tossed about by the waves, to Elijah. To them, Jesus appears – in the calm. Typical of his gospel, Matthew has cleaned up the disciples a bit. While we get a typical Peter tidbit, which displays his headstrong enthusiasm combined with his tendency to waver when things look bad, we are told that, with the storm calmed, the disciples praised Jesus. By contrast, in Mark’s account, the disciples are said to be “astounded” and that they did not understand, because “their hearts were hardened.” It seems more plausible that, in the wake of being terrified, they find it hard to recover.

The point seems to be: Jesus is calm amidst the storms. The invitation to Peter to join him should indicate to us this isn’t simply some sort of divine power exercise. As with Elijah, God can be found in calm and quiet, when the storms around us are raging. This isn’t meant to be a word of retreat – after all, Elijah is then commanded by God to “Go back!” But it does suggest that we try to walk on water – in faith – in order to endure the storm. The storm will in fact end. Kings’ reigns come to an end. These things may all seem incredibly loud and even revelatory. We may be drawn into them, fighting the winds. But God is whispering something else. God is working calmly and steadfastly as we are tossed about. Maybe it wouldn’t be farfetched to say that if we let Jesus into the boat, the winds would die down. But for now, don’t look for God in the fireworks. Listen for something else.

Twenty-Fifth Sunday in Ordinary Time: The Trouble with Generosity and Fairness