Alasdair MacIntyre once remarked in a classroom lecture that (I’m roughly paraphrasing here): “the French believe they are the stewards of a culture that is the highest form of human life. And they are almost right about that.” A highly politically incorrect remark, to be sure, but amusing nonetheless. I take it as a simple fact, however, that with regard to the art of cultivating and consuming wine, the French have set the standard for us all. And in doing so, they have done a great service to the central Biblical image of the vine and its intoxicating fruit. Their oenological zeal helps maintain a place in our imagination for this image and its immensely important role in the narrative of our salvation.

From the primordial mists of Genesis to the final Apocalypse of John, references to vineyards and wine appear everywhere in Scripture, and often with profound symbolic significance. What is the first thing Noah did when he stepped out of the ark into the new world of God’s covenant with mankind? “He proceeded to plant a vineyard” (Gen 9:20). In the final blessing before his death, Jacob has these moving words to say about his beloved son, now a prince of Egypt: “Joseph is a fruitful vine, a fruitful vine near a spring, whose branches climb over a wall” (Gen 49:22).  It doesn’t take long for any reader of Scripture to discover that God chose for himself an unabashedly wine-loving people.

The Torah mentions dozens of agricultural regulations which explicitly mention vineyards, and so it comes as little surprise a little later on that when the prophet Samuel tries to reason with the people not to take a king, he goes straight for the effect it would have on their vineyards: the king “will take the best of your fields and vineyards and olive groves and give them to his attendants” (I Sam 8:14)– a warning that materializes soon enough, and in particularly egregious fashion with King Ahab’s murderous seizure of Naboth’s vineyard (I Kings 21).

The image also enters into the lyrical eroticism of the Song of Songs: “May your breasts be like clusters of grapes on the vine,” says the lover to his beloved, “the fragrance of your breath like apples, and your mouth like the best wine.”  “ May the wine go straight to my beloved,” she responds, “flowing gently over lips and teeth… Let us go early to the vineyards, to see if the vines have budded, if their blossoms have opened…— there I will give you my love” (7:8-9,12).

Thus when the Hebrew Scriptures seek to provide an image of heartbreaking desolation, it makes perfect sense that we find them turning to the image of the trampled or abandoned vineyard. In the first reading for this week, we find the Prophet Isaiah articulating the Lord’s wrath in precisely these terms: “Now, I will let you know what I mean to do with my vineyard: take away its hedge, give it to grazing, break through its wall, let it be trampled! Yes, I will make it a ruin: it shall not be pruned or hoed, but overgrown with thorns and briers” (Is 5:5-6). A similar image of desolation reappears only a little later in Isaiah 16: “Joy and gladness are taken away from the orchards; no one sings or shouts in the vineyards; no one treads out wine at the presses, for I have put an end to the shouting” (16:10).

The point is that there is more hanging on this analogue than mere allegorical utility. The vineyard is the icon of peace, prosperity and delight; it is a symbol of all that is good in life. And so when Jesus tells a parable about a vineyard, he is telling it within a cultural and literary context in which this particular image holds enormous meaning. Moreover, Jesus’ audience here—the chief priests and elders—would presumably have appreciated this meaning. They would have known what the vineyard signified, and who the owner of the vineyard really was.

So whose vineyard is it, really? That is the question Jesus presses here in this parable. The tenants care for the vineyard, but their motivation for doing so becomes clear once the owner sends his messengers to collect to the vintage. The tenants are the stewards of the vineyard– a vineyard that was planted with great care and set apart to be a blessing to the nations: a source of life, light and joy for all the earth. But the tenants are not interested in the owner’s plans for the vineyard; they simply want it for themselves. Their reliance upon the owner’s generosity gives way at some point to guile and deception, and so they set themselves against the one who has chosen them and entrusted them with this stewardship.

We see here how the fatal temptation is from the very beginning the same: to despair of God’s generosity and so seize the fruit of his blessing on our own terms and by our own initiative. In this respect, the scope of the parable expands beyond the drama of Israel, which nevertheless remains its central focus. We—all of us—are subject to this perennial temptation to overthrow the owner of the vineyard and to claim its produce as our own. And we are all subject to the self-deception that leads us to think that this rebellion will somehow succeed. But how far will we carry this delusion?

It is worth noting that Jesus says nothing here about the heir’s intentions for the rebellious tenants. Surely that might have been of interest to his audience, given the provocative clarity of the allegorical correspondences. Yet Jesus tells them only how it all plays out: the tenants carry the son outside the vineyard and put him to death. The reference is clear enough: Jesus is taken beyond the walls of the very city whose destiny was to be the life and joy of the earth—the axis mundi—and he is crucified there by those who fear his intentions and despair of his mercy.

The parable ends with a rhetorical question that sounds for all the world like Jesus is picking a fight. As a kid, I always wanted to know how Jesus finishes the story—what precise form the owner’s vengeance is going to take. How can he leave us hanging at the best part? “He will bring those wretches to a wretched end”– OK, now tell us how he does it! Yeah, that kind of misses the point, I know, but in a sense there is a resolution of sorts to the parable, and it is St. John who provides it for us.

Just as he does with the figure of the shepherd—another profoundly meaningful image in the Hebrew imagination—St. John uses the vineyard motif as a rhetorical demonstration of the incarnation. Jesus is not only the Good Shepherd but also the Lamb of God. (“For the Lamb at the center of the throne will be their Shepherd,” he writes in Rev 7:17). Likewise Jesus is not only the heir to the vineyard, but the vine as well. In dragging the heir outside the vineyard and putting him to death, the tenants are also crushing the vine whose outpouring is to be the life and healing for all the world (cf. Is 53).

It is certainly no coincidence then that Jesus offers his own body, blood, soul and divinity to us through the fruit of the vine. This “new wine”– this blood of the new covenant– is the everlasting vintage of the Father’s love: a love that can give life even to those of us who all too often claim his vineyard as our own. 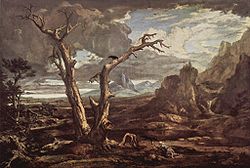 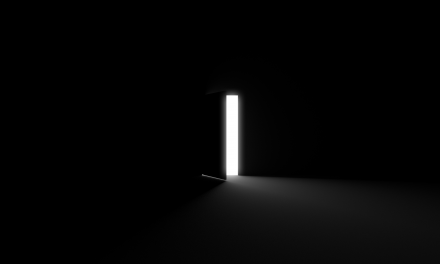