Fellow CMT.com contributor Emily Reimer-Barry has already given a helpful roundup of the of our meeting with the  Committee on Doctrine on the intellectual tasks of the New Evangelization.  Go here for her write-up including details on speakers, links to other write-ups, and links to the presentations themselves.  This past Tuesday, fellow attendee Ryan Topping relayed his experiences at First Things.  In what follows I will relate some of my own experiences, but let me begin by setting the context for the event.

It is no secret that the American Catholic Church is deeply divided, and this division is present even with those who engage at highest levels of theological inquiry and exchange. The bishops who bear the responsibility of being the official teachers of the Church in American dioceses and in the various offices of the national conference, and many of those who research and teach theology in universities and colleges around the country, find themselves in a largely polarized and even distrustful relationship. The reasons are many, but much of the problem comes simply from the function of the roles of bishops and theologians. Academics are natural boundary-pushers who seek new insights and angles into difficult and complex questions. Indeed, we simply cannot succeed in our vocation if we do not think creatively. Bishops, though many are interested in creative thinking, are often primarily concerned with preserving and passing on the core of the faith in spirit of servant leadership. These roles are in some natural tension with each other (it was ever thus: Thomas Aquinas himself pushed boundaries in ways which ran afoul of the authorities of his day), and that tension is not likely to go away anytime soon.

Nor should it.  Robust execution of these complementary roles is essential for maintaining a sturdy and nimble Church that can at once stay faithful the apostolic tradition while at the same time listening to the voice of the Holy Spirit today and responding to contemporary trends and issues. But the sad fact of the matter is that, in the United States at least, the roles of bishops and many theologians are too often being performed in isolation from each other.  Indeed, not only are many existing relationships damaged, but many times a relationship doesn’t exist at all.  Indeed, some theologians I know never even expect to even meet a bishop. The latest public example of this problem is the Committee on Doctrine’s condemnation of Elizabeth Johnson’s book Quest for the Living God.  Unfortunately, this happened with no personal communication at all.

The disastrous fallout of this situation is a Church which has a leadership that has too many people disconnected from the best historical retrievals of the tradition and the most creative and convincing applications of that tradition to the complexity of our modern world.  But we also have a theological academy that has too many members disconnected from the structures of the Church and, at least in some cases, from some of the core of the tradition. There are, however, reasons to hope that this situation is in the process of changing.

The last decade or so has produced a generation of American theologians that—while complex thinkers who cannot be boxed as somehow ‘of this school’ or ‘rejecting that school’—are disproportionately committed to understanding the complex issues of the Church and world through something other than a polarized, isolating lens. Unwilling to sacrifice our creative role in pushing the boundaries of theology in meeting contemporary issues, many are at the same time committed to having a relationship with the institutional Church and, in particular, forming new relationship with bishops. Initiatives like the Catholic Conversation Project have involved theologians reaching out to bishops, but in another sign of hope, the Committee on Doctrine has also reached out to pre-tenure theologians by inviting them to a September meeting in Washington to discuss the New Evangelization.

Unfortunately, but unsurprisingly given that it was a first meeting, there are several ways the event could have been improved:

But it takes time to turn a large ship. This September’s meeting was an essential first step, and there are reasons to be hopeful that more will be taken. John Cavadini helpfully suggested that the New Evangelization might begin by acknowledging that we need to evangelize ourselves. As we continue to build relationships—and trust—I believe that we will continue to make progress toward becoming the kind of community that Jesus prayed might be one as God is one. A community that holds a plurality of voices in unity.

Thank you to the Committee on Doctrine for organizing the event and to the Knights of the Columbus for funding it.  We are looking forward to future opportunities to have genuine dialogue. 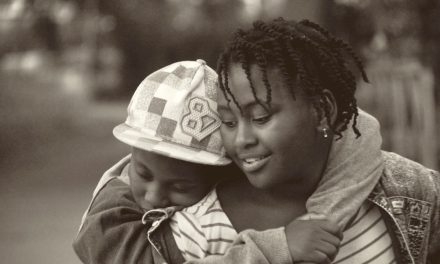 Bankruptcy: just another tool for business?