Many of us in the Theology Department at the University of Scranton have just recently returned from a week-long trip to the Holy Land which was very generously sponsored and organized by the Weinberg Chair in Judaic Studies here at Scranton. Now that we are home and trying to fight our way through the jet lag, we are also naturally attempting to reflect on and interpret the many sights and events we experienced.  And for me, the overriding theme to which I keep returning is God’s presence and absence. Where can we find God, and in what respect does He remain elusive to us?

The question really began to arise at the Western Wall, which I had the privilege of visiting on four different occasions, all at different times of the day. Unlike many of the other sacred sites, the crowd at the Wall is always dominated by people who are visibly and entirely engaged in the act of prayer. The transparency of the devotion at the Western Wall is arresting.  The many movements, murmurs, and gazes that surround you all seem to have a direct and discernible orientation. The rationale for going there is very simple and specific: it is the point of maximal proximity to God’s presence on the Temple Mount. The people who go there do so because He is there. “The Divine Presence never moves from the Western Wall,” reads an information plaque at the entrance of the plaza. Yet of course, the Wall is not the Temple, but only its outermost periphery, and so the plaque is careful to add that “Jews have prayed in its shadow for hundreds of years, [as] an expression of their faith in the rebuilding of the Temple.” Thus while the prayer there is oriented toward the Divine Presence, it is also deeply suffused with a sense of absence, with an evident longing to close that final gap between them and what lies beyond the Wall.

I saw a young father there take his newborn son out of a stroller and place his tiny black-tufted head upon the ancient stones. That, I thought, is what it means for a child to be “claimed,” and I thought it was something extremely beautiful .  Later, on the tour of the excavations beneath the northern extension of the Wall, we saw gathered at the spot directly opposite the “holy of holies” a group of women praying intently: an older lady who remained absolutely still, with her whole body pressed flat against the Wall, and a young girl huddled up weeping in the back corner. Such unction was later complemented, however, by circles of wildly dancing Jews in the plaza outside, who invited anyone and everyone to join in their raucous welcome of the Shabbat.  “Spirituality” is such a paltry, almost insulting description of the piety we saw there at the Western Wall. I was deeply moved by it.

In fact, it wasn’t until our second trip to the Holy Sepulchre that I began to see why the Christian sites seemed to pale in comparison. After emerging from the small buidling enclosing Christ’s tomb, my friend remarked to me that perhaps the most important artifact inside was the small, somewhat kitschy banner hanging above the stone slab with the words “Christos Anesti” embroidered on it.  And of course I immediately knew he was right: the holiness which we attribute to the place is entirely a function of what isn’t there. After all, that is the good news the angels had the privilege of first reporting: “He’s not here! He is risen!”  Christ’s absence in that place is precisely the reason we come to venerate it.

So I began to ponder and compare the relative primacy of presence and absence in these two holy places, still remaining somewhat partial to the Wall around the Temple Mount, and to the notion of placing one’s self before an abiding and definite presence: a real, consuming, positive presence, and not simply a sign pointing somehwere else, as if say “sorry, keep looking.” That sentiment lasted only briefly, however.

It was after the third station of the Via Dolorosa that we descended into the basement of an Armenian Catholic Church and came across a beautiful adoration chapel with a stunning modern monstance depicting our Lady holding the Blessed Sacrament ( http://www.flickr.com/photos/seetheholyland/4268222002/). We were in such a very expeditious mood we almost walked right past it, and our tour guide seemed visibly annoyed by the fact that several of us stopped and kneeled before the exposed host for several minutes. (Some of us would return to the chapel again several more times, though. It is open from 8am to 8pm for any of you who might pass by that way!)

Of course, in that moment of confrontation with the exposed Eucharist, the question of presence and absence took on an entirely new meaning. With a new sense of wonder and terror, I was reminded that I actually believed that I was kneeling before God’s localized presence, before the holy shekinah, bounded and veiled under the appearance of ordinary bread. “What are the implications,” I thought, “if it is actually true that what God’s people still seek on the Temple Mount is wholly present right here before me in this little subterranean chapel?” It truly was terrifying! I mean, I was in the middle of obsessing over which tacky souvenirs to dole out to my relatives when all of a sudden I turn a corner and behold God incarnate!  The absurdity of it all– it’s no wonder  the bread of life discourse drove everyone away! It answers to the need for presence, yes, but- I mean, it’s just so preposterous! The real presence there was all too easy to posit, and yet all too difficult to absorb.

I eventually shared these thoughts with some of my colleagues, one of whom later leaned over his seat on the tour bus and handed me a passage from Charles de Foucauld which he had just finished reading.  It was from his 1897 Retreat at Nazareth.  The directness with which it spoke to me was almost overwhelming:

Lord Jesus, you are in the Holy Eucharist. You are there, a yard away in the tabernacle. Your body, your soul, your human nature, your divinity, your whole being is there, in its twofold nature. How close you are, my God, my Savior, my Jesus, my Brother, my Spouse, my Beloved!

You were not nearer to the Blessed Virgin during the nine months she carried you in her womb than you are to me when you rest on my tongue at Holy Communion. You were not closer to the Blessed Virgin and St. Joseph in the caves at Bethlehem or the house at Nazareth or during the flight into Egypt, or at any moment of that divine family life than you are to me at this moment and so many others—in the tabernacle. St. Mary Magdalene was no closer to you when she sat at your feet at Bethany than I am here at the foot of this altar. You were no nearer to your apostles when you were sitting in the midst of them than you are to me now, my God. How blessed I am!

And how blessed I was to have recourse  to saints like Charles de Foucauld (and to friends who read him)! The saints make you realize just how common and well-trod your own spiritual struggles are!  And yet we need them in every era help us articulate in ever new ways these movements of the spirit that are more ancient than any structure of stone.

Needless to say, I personally found it very fitting to celebrate the Feast of Corpus Christi this past Sunday, and to reaffirm the centrality of the Eucharist for our creaturely participation in God’s ever-abiding presence. It is kind of crazy, but we do believe He is really there, fully present in the Holy Sacrament.  It is really Him: God made man, the Word incarnate. So while it may certainly be edifying to see the places where Christ wandered as an ordinary man (more so than I probably realize), God’s presence and glory converge just as fully upon the altar up the street as upon the altars in Jerusalem, and indeed, as upon all the altars of the world. 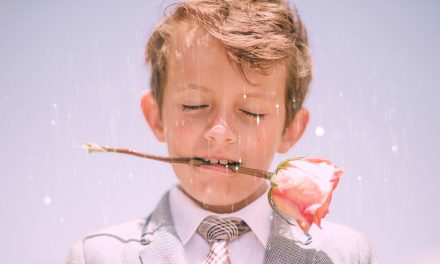