Compendium of the Social Doctrine of the Church, Chapter 7

Once I assigned chapter seven of the Compendium of the Social Doctrine of the Church to an upper level theology class.  After reading it and taking a quiz, one of my better students raised a hand and said, “I don’t get it.  Is the Church liberal or conservative?” His comment perfectly exemplifies the difficulty of understanding the Church’s social teaching in the context of the United States.  Some Catholics contend that the Church’s teachings on the economy call for more intervention from the State in the management and direction of the economy for the common good, what is often termed a “liberal” perspective.  Others argue that the Church supports free markets and enterprise, a “conservative” perspective.  Neither side is without warrant but neither are they sufficient.

The Compendium undoubtedly affirms ‘capitalism’ as “‘an economic system which recognizes the fundamental and positive role of business, the market, private property and the resulting responsibility for the means of production, as well as free human creativity in the economic sector.’” (§335)  In fact, the “Church’s social doctrine considers the freedom of the person in economic matters a fundamental value and an inalienable right to be promoted and defended.” (§ 336)

It supports these claims by noting that a free market “is an effective instrument for attaining important objectives of justice” (§ 347) because it can:

Moreover, in further support of a “conservative” reading of the text, the Compendium warns that if the State does not respect “free and responsible initiative in the economic sphere” (§ 336) and the principle of subsidiarity (§ 351), the economy will be “guided more by bureaucratic logic than by the goal of satisfying the needs of the person.” (§ 354)

Of course, these affirmations of the free market and warnings against the intervention of the State do not represent the whole of the teaching of this chapter of the Compendium.  From a seeming “liberal” perspective, the Compendium declares that the State:

Also, as would be expected if one were trying to read the chapter as a “liberal” text, the chapter even warns against a capitalism that, left unfettered, “makes people slaves of ‘possession’ and of immediate gratification”, thereby generating a “civilization of ‘consumption’ or ‘consumerism.’” (§ 334)

If one were to assume either of these readings as adequate, one would be seriously misreading this teaching.  In fact, even affirming both perspectives is insufficient.

The organizing principle of all of the ideas in “Economic Life”, as this chapter is titled, is that “Economic activity and material progress must be placed at the service of man and society.” (§ 326) In this ideal ordering, “economic activity is therefore service mutually rendered by the production of goods and services that are useful for the growth of each person, and it becomes an opportunity for every individual to embody solidarity and live the vocation of ‘communion with others for which God created him.’” (§ 333) In short, economic activity is one of the many ways in which people can fulfill their call to love others and love God.

Many specific principles flow from this perspective.  For example, there is a “universal destination of goods” (§ 328) that implies “riches fulfill their function of service to man when they are destined to produce benefits for others and for society.” (§ 329) It means that the one who is wealthy must use his or her resources to fulfill the “work of justice toward oneself and toward others.” (§ 326 & 329)  The way in which poverty can “becomes an attitude of humble availability and openness to God” is to be fostered, even if the condition of poverty is not to be. (§ 324) Businesses must be conducted in ways that support the family and integral human development. (§ 345)

As is true for most actions called for by the religion proclaiming a crucified messiah, trying to order one’s economic activity in such a way is difficult, often fraught with tough decisions and suffering.  Take a stereotypical middle-class family.  They often face the choice between affordable housing in rough neighborhoods and poor school districts or housing in better school districts that push both parents out of the home, into the work force, and away from people different than themselves.  Or businesses that are faced with choices to cut workers to keep costs down or risk higher priced goods and possible bankruptcy.  Those in the lower class can face the high cost of maintaining a car or the enormous amounts of time required for public transportation, time not spent working or with family. Even the wealthy who might genuinely want to use their resources for others must guard against those who would prey on their generosity as well as the perpetual temptation to give for primarily selfish reasons like tax breaks or public image management.  These concerns are legion.  They preoccupy us, make us anxious, and tend to control our decision. One understands how the sower’s seed can get strangle by the thorns, and how the rich man can step over Lazarus.

These stresses and strains might be one of the reasons we think, or more likely hope, there is a simple solution through free markets or government policies.  As the Compendium states, these are important resources not to be neglected. Still, we must resist a simplified “liberal” or “conservative” perspective that often neglects or excludes our true end of love of God and neighbor.  Absent this commitment, “What profit would there be for one to gain the whole world and forfeit his life? Or what can one give in exchange for his life?” (Matthew 16:26) 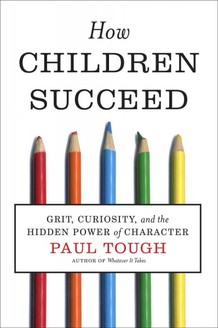 How Children Succeed: You Should Read This