The drama in the Gospel reading takes place against the backdrop of the Mosaic Law, which was for Israel the means for living out her covenantal relationship with God. The commandments given to Israel were the conditions for maintaining right relationship with this God who chose them from among the peoples and called them to share in his holiness. “You must be holy, because I am holy,” we hear throughout the book of Leviticus, the book from which the particular mitzvah at issue in today’s Gospel reading appears. If anyone appears to have any skin sore that resemble leprosy, he or she is to be taken to the priest, and if the priest determines that they indeed have the disease, they are to be declared unclean.

Unclean. The weight of the judgment is hardly imaginable today. In a time when one’s ritual purity was a strict condition of one’s access to and right relationship with the divine; in a time when physical health and material prosperity were directly correlated with divine favor; in a time when association with kin and tribe were the chief source of one’s identity and social role—to be unclean meant to be cut off in the most complete sense: to be cut off from divine favor and to be cut off from one’s family and one’s social system. The only mitzvah left open to the leper is to fulfill the obligation of proclaiming to the world one’s own uncleanliness. It is to enter a new world: the world of the outcast, the shadowy world of the dead.

Against this backdrop, Jesus becomes the object of a daring act of disobedience. A leper approaches Jesus and falls at his feet. Instead of crying out “unclean!” he issues a bold challenge to Jesus: “if you will it, you can make me clean!” What a stunning act; it is little wonder the incident stuck in the minds of the apostles. Here is a man who refuses in this instance to protect those around him from his leprosy, and who approaches Jesus with the wild hope that this act of disobedience will actually accomplish something far beyond what the levitical quarantine could accomplish: the healing of his disease.

And then Mark tells us that Jesus is moved with pity. These are rare occasions when we behold Jesus overcome by human emotion. He weeps over the death of Lazarus, he laments over the holy city, and here he we see him moved with pity for a stricken outcast. And as in other healings recounted in the gospels, he does not merely speak or think the malady away, but rather he reaches out and touches him, saying “I do will it; be made clean.” Here is Chyrsostom’s moving account of this passage from his Commentary on Matthew:

He did not simply say ‘I will, be cleansed,’ but he also ‘extended his hand, and touched him’—an act we do well to analyze. If he cleansed him merely by willing it and by speaking it, why did he also add the touch of his hand? For no other reason, it seems to me, than that he might signify by this that he is not under the hand of the law, but that the law is in his hands. Hence to the pure in heart, from now on, nothing is impure (Titus 1:15)… He touched the leper to signify that he heals not as servant but as Lord. For the leprosy did not defile his hand, but his holy hand cleansed the leprous body.

Even if we rightly reject the direct correlation between physical disease and sin, the leprous body is a poignant image of the sinful condition: being insensitive to the ways in which we do violence to ourselves, and to our own ultimate self-destruction. It is in the sight of one in this condition that the Lord is moved with pity; it is to one in this condition that the Lord reaches out his hand and expresses his salvific will. In that one little passage—“moved with pity, he stretched out his hand and touched him, and said to him ‘I do will it. Be made clean’”—we have nothing less than a synopsis of the whole drama of the incarnation.

Lest we leave the drama there, however, we should be attentive to how this particular story ends. Jesus, in the wake of this brazen contravention of the law, tells the healed leper to do as the law prescribes for one who has been healed. Although the lawgiver claims His power over the law, Jesus still holds this child of Israel to the commandments that have bound him to the covenant. Having overcome the forces of disintegration and alienation that this disease represents, Jesus now sends him with another commandment, which as we see was meant to facilitate Jesus’ movement and contact among the people. The story then ends with the dissonant note of Jesus’ own restriction and alienation. The crowd still finds its way to him, it is true, but the path is made more difficult.

If we glimpse our own healing in this story, and if this final passage raises the question of our own response—our own sending—in the wake of that healing, then the epistle can give us a counterimage to the leper’s disobedience of Jesus. St. Paul’s obsession is that he might serve as a vessel of Christ’s mercy, an instrument of God’s grace to the world. He seeks not his own benefit, but the benefit of the many, that they may be saved. The Lord has healed him, and his life’s desire is now to respond in a way that makes that same healing accessible to others. That healing is not simply accessible conceptually through his message, or even practically through his teachings, but also and perhaps primarily through him, through his very person. We hear St. Paul give the quite startling directive, “Be imitators of me….”

We do well to dwell on the strangeness and seeming presumption of that first clause before we arrive at “…as I am of Christ.” It would take too long to spell out fully here, but it is clear that St. Paul conceives of himself and his ministry as mediating the work of Christ himself. In healing him and saving him, Jesus grants him the power to do the same for others. We might here an echo from John’s gospel here: “as the Father sent me, so I send you….”

We should not conceive of this “sending” merely in spiritual terms, either. One striking example of the potential realism such a response might assume is St. Damian of Moloka’i. Born Jozef de Veuster, this son of a Flemish merchant answered the Lord’s call by entering religious life in 1860. Four years later, he found himself sent to Hawai’i, where he was ordained a priest and where he worked among the parishes of O’ahu. In 1873 he answered yet another call when he volunteered to do apostolic work at the qurantined leper colony on Moloka’i. There he built a church and ministered to the afflicted of his day, building homes, planting crops, dressing wounds, making coffins and burying the dead. He redoubled his efforts after the discovery of his own infection with the disease in 1884. His external accomplishments were very modest, but the love with which he performed his acts of service rings through the immense outpouring of admiration and devotion displayed both in Hawai’i and in his native Belgium. “I make myself a leper with the lepers to gain all for Jesus Christ,” he once wrote. He is an exemplar of what it means to mediate the healing and salvation which all of us have received in the waters of our baptism, the waters in which we have been plunged into Christ’s death, and by which we have all been made clean. 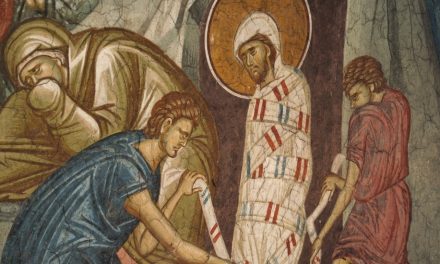 5th Sunday of Lent: Unbinding Those Captive to Death 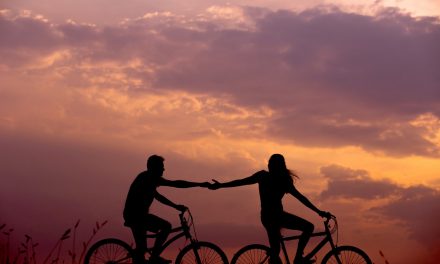