Christians see themselves as people of compassion, but often others see us as something else. Today, Holy Thursday, many of us will gather to recall and enact the story of the foot washing recounted in the Gospel of John.  Near the end of that story, Jesus says:

And yet Christians are not known for their love.

In a recent op-ed piece in the New York Times, Thomas Edsall claims that when he consulted a disparate group of academics to help explain the endurance of the pro-life movement, they were unanimous. “All see the anti-abortion movement as driven in part by the determined effort to control the reproductive rights of women.” Concern for the lives of unborn children does not merit a mention. Instead, Edsall worries that new restrictions on abortion will be enacted, because despite changing sexual mores, “there are still a sizeable number of Americans who want to put the women’s rights genie back in the bottle.”

The sexual abuse scandal is another case in point. The pope impressed some by appointing a survivor of sexual abuse, along with other experts, to a commission to advise him on how to protect children and counsel those victimized by priests. He made news last week by becoming the first pope to take “personal responsibility for the harm done by priests who sexually abused children.” Yet, victims advocates like Barbara Dorris of the Survivors Network of Those Abused by Priests, are not convinced:

“It’s talk,” said Barbara Dorris of the Survivors Network of Those Abused by Priests, known as SNAP. “When it comes to finances, or how bishops should live and set an example, he acts. But when it’s about the rape of children, he talks.”

The severed link between faith and compassion is driving people away from religion. Young adults do not identify as religious because they believe in compassion, but they do not see it in churches. In their book American Grace: How Religion Unites and Divides Us, Robert Putnam and David Campbell report that “nones” are on the rise “because they think of religious people as hypocritical, judgmental or insincere.” Putnam and Campbell raise questions about this perception, presenting data showing that frequent church goers are more likely to: volunteer, give money to charity, give money to a homeless person, donate blood, and help a stranger. But this is not what people see.

So is it a problem of perception? One can certainly argue that Christians are committed to the pro-life movement because they care deeply about unborn children and their mothers, that the vast majority of Catholics are sickened by the sexual abuse scandal and want priests and bishops to be held accountable, that Christians are personally charitable, run all kinds of programs from Catholic Charities to Bread for the World that seek to serve the poor and advocate for social change, but others fail to see and appreciate what we do and why we do it.

There is something to this critique. Certainly, when people tell me that they are excited about Pope Francis because he is placing concern for the poor at the center of Christian faith, I wonder why all of Catholic Social Teaching and action on poverty failed to penetrate popular consciousness. Why only now are people beginning to believe that compassion and mercy might actually be central to Christianity? We’ve been saying these things for a very long time!

But we’ve not been walking the walk. Or least we’ve not been walking consistently. Pope Francis strikes people as an authentic witness because he chose to live in a simple apartment, drive an ordinary car, and take public transportation. His decision to wash the feet of lay men and women last year on Holy Thursday (repeated this year) was of a piece with the way he lives his daily life. He is breaking the rules, changing perceptions about what it means to be a Christian by the way he approaches the papacy every day:

“To put it very simply, to understand Benedict, you’ve got to read what he writes,” said Nichols, the archbishop of Westminster. “To understand Francis, you have to look at what he does.”

Because he is walking the walk, others are finding themselves faced with decisions about how they live.  Archbishop Wilton Gregory of Atlanta recently backed away from a decision to live in a $2.2 million, 6000 square foot mansion after lay people challenged him:

“What we didn’t stop to consider, and that oversight rests with me and me alone, was that the world and the church have changed,” he wrote in the archdiocesan newspaper, The Georgia Bulletin. He added, “The example of the Holy Father, and the way people of every sector of our society have responded to his message of gentle joy and compassion without pretense, has set the bar for every Catholic and even for many who don’t share our communion.”

Despite all of Catholic Social Teaching and, well, the Gospel, it didn’t occur to him before that there was anything wrong with living so opulently. We should rejoice that he was able to see clearly thanks to Francis and ordinary Catholics who challenged him. We should be grateful that he decided to change his life.

And then it will be our turn to be what we say we are. 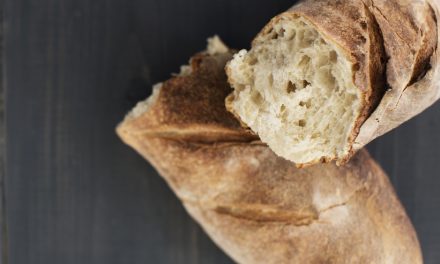 What Can We Learn from the Fact that Michael J. Sandel is a Rock Star in China?