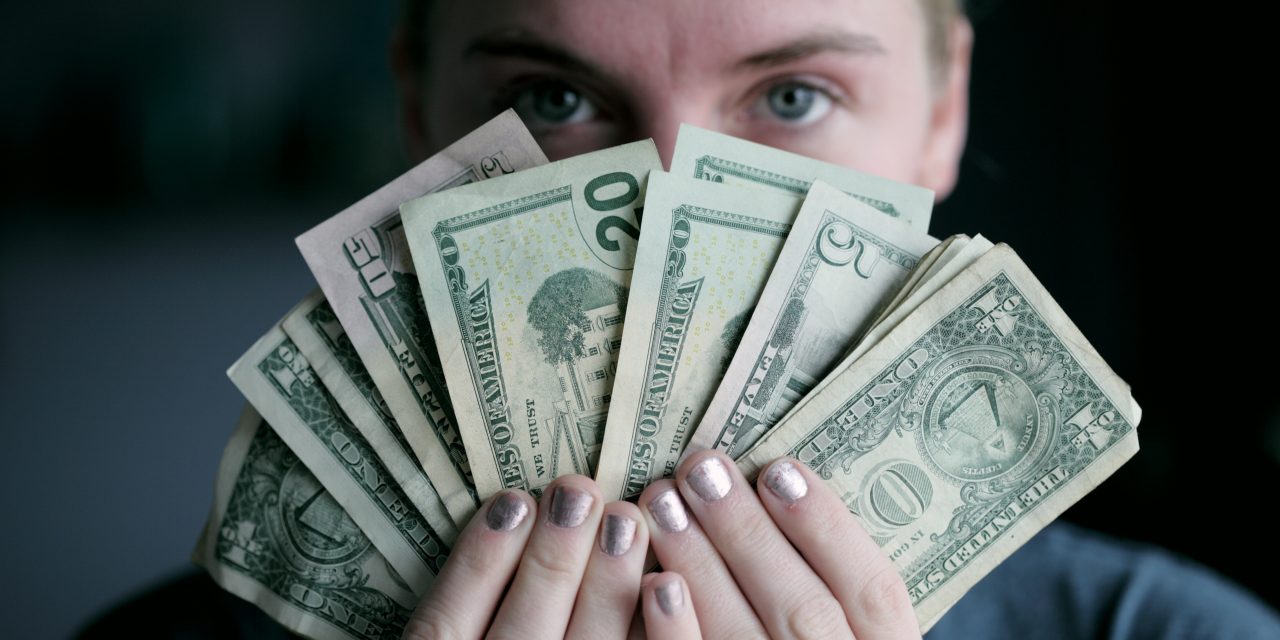 I have to say, I mostly heard (and offered) cynical responses to this college admissions cheating scandal. It’s regrettable, we all agreed, but hardly surprising. People with money grease the wheels of power all the time. Isn’t that what money (at least very large piles of it) is for?

In a word, no. Especially not in the context of Catholic moral theology.

We would do well not to lose sight of how significant a violation of ethical conduct this behavior represents, and how serious a breach of our communal bonds it reveals under the surface.

In legal terms, the parents and college “consultant” implicated in the indictments were in trouble, as a detailed Vox article explains, for fraud, specifically mail fraud and “‘honest services’ fraud (basically, wire fraud).”

This legal revelation certainly points to part of the moral problem, because the parents in this scheme clearly lied to get preferential treatment for their children. In many cases, college admissions officers or athletics administrators joined in the lying. In some cases, the parents appear to have lied to their own kids, leaving the high schoolers to think that they had scored much better than they had expected on standardized tests as a result of their own ingenuity. (The old line about privilege as being born on third but thinking one hit a triple comes to mind here…)

Lying is, of course, morally wrong. As fellow blogger David Cloutier has pointed out in a Commonweal article, there is in fact a case to be made for identifying lying as an intrinsically evil act. “Lying involves the intent to deceive,” he notes, “and the intent to deceive is always wrong.” Some might want to quibble with the exceptionless nature of a norm against lying—and the case of lying to the Nazis seeking Jewish refugees one is hiding in the house in Germany during WWII figures prominently in that debate (see James T. Bretzke, A Morally Complex World, pp. 57–59)—but no one is going to say that lying is always right. Moreover, no one is going to say that lying to get a kid into college is worthy of moral praise.

Hence, we might be tempted to find the indictments’ focus on fraud a welcome alignment of law and morality. At l0ng last, contra current presidential practice, we have a clear and public assertion that lying is unacceptable! I, for one, am not popping the champagne to celebrate our newfound collective conscience, though. In fact, as is often the case, I believe the legal focus obscures the moral issue.

The problem with defining the lying as the concern is that this suggests that the moral issue is not with what these parents, the consultant, and their co-conspirators did but with how they did it. If only they hadn’t lied about it, we seem to be saying, it would all be ok.

Consider the frequency with which this process for guaranteed admissions has been contrasted with more circuitous efforts to “buy” admission. The college consultant at the heart of this scheme was quoted describing his product as a guaranteed “side door” to college admission that bypassed the standard uncertainty of the “front door” (i.e., standard application + hard work + random luck) and the expensive uncertainty of the “back door where people go to institutional advancement and make large donations.” His side door was problematic, he granted, but the front door and the back door are basically equal in terms of their legitimacy.

Apparently, one of the US Attorneys commenting on the case made a similar observation, using the difference between what the lead defendant’s back door and side door to define the problem. “We’re not talking about donating a building…,” he reportedly said, “we’re talking about fraud.” This prompted an astute political reporter to comment on Twitter that we’re all basically saying, “Why didnt the rich people just exert their influence the socially acceptable way?”

Herein lies the real moral crisis. The problem is not simply that people of means lied to get their kids into college. The problem is also that money can buy a person’s way into college in a host of other (perfectly legal) ways. As this list from Matthew Stewart at The Atlantic enumerates:

“You can hire a legitimate college counselor for $10,000 and up. You can get test prep for anything from $120 to $375 an hour. You can buy personal coaches, fencing equipment, and squash-club memberships, often for less than the price of a Sub-Zero refrigerator. You can arrange for unpaid internships that will allow Junior to shine as a true humanitarian. You can game your way into a great private school—it’s so much easier to play the angles in kindergarten or sixth grade than in college admissions. If all else fails, you can just make a big donation to the school of your choice.”

The recent bribery scandal invites indignation at some who have abused the system but lets the system as a whole off the hook.

Assessing the system itself requires some moral nuance, though. The mere fact that money can buy something is hardly a moral indictment. Rich people can buy more iPhones than those without means, for instance, but there is little public outcry over this unequal arrangement.

I’ve found it helpful to think about the moral implications of this college bribery scandal through an analogy to health. I’ve been working through a thought-provoking book, Norman Daniels’ Just Health, with a physician friend of mine (accountability is how I get things done). In the book, Daniels makes two points about health that apply to the context of education as well.

First, he discusses the “special moral importance of health.” Health is not like normal market goods, Daniels explains, because it is foundational to a person’s opportunities. Without health, the rest of the goods of life do not matter because one has so few opportunities to pursue them or to enjoy them.

Education functions similarly. It is a kind of “gateway good” (a term that, to my knowledge, I have just invented) that affects a person’s opportunities throughout life, a person’s access to other goods, and also her or his enjoyment of those goods. Higher educational attainment opens doors to employment, civic participation, and even better health. Thus, we have a reason to justify the aforementioned notion that we care more about access to education than we do about access to iPhones.

Second, Daniels tries to adjudicate between inequalities in health that are merely bad luck and those that are morally problematic inequities. The answer, he asserts, depends on the social determinants of health. Specifically, Daniels argues that disparate health outcomes are unjust when they can be traced back to a social determinant that is unfairly distributed across the population. For instance, Daniels describes studies linking shorter life expectancies in different countries (a disparate health outcome) with higher gaps between the adult literacy rates of females and males (a social determinant). This gap, in turn, is directly correlated with investment in education as well as social policies affecting women’s participation in civic and economic life, which means the gap is not predefined. It is the result of policy decisions, and insofar as a state could have pursued different policies, an injustice arises.

Extending the analogy to education, there is a great injustice in the use of wealth to buy access to the gateway good because wealth (and not just income) is far from fairly distributed in a society that is increasingly defined by economic inequality. In fact, wealth is correlated with the wealth of one’s parents. “For most children,” a summary of a 2014 study on social mobility in the United States concluded, “where they’re born on the economic ladder determines where they wind up.” Instead of being the product of hard work and thus a tool that is fairly open to all, wealth is really part of what John Rawls called the social lottery, meaning stumbling into it is mostly a question of luck.

A colleague of mine, Kate Ward, has done a lot of thinking about the moral implications of inequality and the effects of “moral luck” (see a nice coauthored piece with Kenneth Himes in Theological Studies and an outstanding article in the Journal of the Society of Christian Ethics).  I won’t steal any of her thunder, but suffice it to say we have moral problems when we let these kinds of natural or social lotteries define access to other goods.

In the context of health, Daniels makes this point using John Rawls’s famous “difference principle” which basically says that the most just way of dealing with the vagaries of the natural and social lotteries is to tolerate differential treatment only when it works to the advantage of the least well off. In the Catholic moral tradition, this aligns well with the preferential option for the poor, which is an integral part of the Church’s teaching on economic life and especially the purpose of private property.

This view can be tied to the college admission crisis to reveal that a major moral problem at the heart of what occurred is the misuse of money to advantage the already advantaged while doing nothing for the least well off. The lying amplified this problem and, as it turns out, made it illegal, but the point is that, especially from the perspective of Catholic moral theology, the lying was never the problem by itself.

Then again, as any psychologist, ethicist, or confessor would tell you, it almost never is. 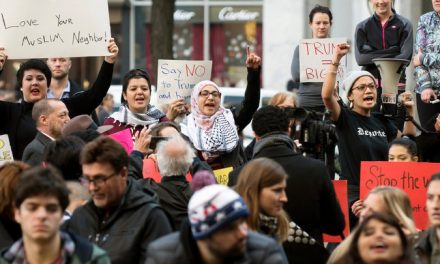 Euthanasia: The Slope is Getting More Slippery