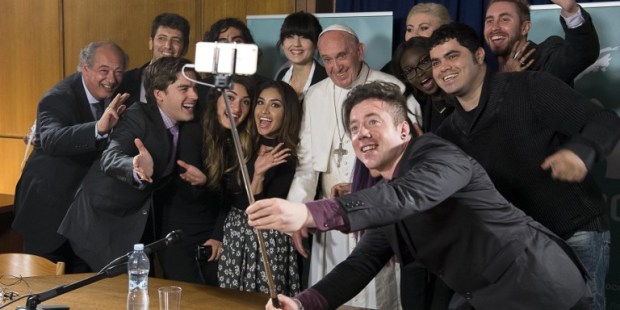 On Wednesday, the Vatican released Pope Francis’ Post-Synodal Apostolic Exhortation Christus Vivit. The document includes familiar themes of Pope Francis’ writing: advocacy of openness as opposed to a stale defensiveness; emphasis on joyful encounter with the person of Jesus; and attention to realities of violence, poverty, and empty indifference. Here, as elsewhere, he advocates boldness in living and proclaiming the gospel, identifying that, in this case, as a renewal of the inherent youth of the Church, the body of the ever-young Christ.

A Church always on the defensive, which loses her humility and stops listening to others, which leaves no room for questions, loses her youth and turns into a museum. How, then, will she be able to respond to the dreams of young people? (#41)

But at points in this document, I’m sad to say, Francis’ beautiful notes ring hollow for me. The problem is that appeals to openness and inclusion, even to the beauty of the encounter with Jesus, are not adequate responses to the profound objections to church teaching I hear  from my college-age students.

For example, a Church that is overly fearful and tied to its structures can be invariably critical of efforts to defend the rights of women, and constantly point out the risks and the potential errors of those demands. Instead, a living Church can react by being attentive to the legitimate claims of those women who seek greater justice and equality. A living Church can look back on history and acknowledge a fair share of male authoritarianism, domination, various forms of enslavement, abuse and sexist violence. With this outlook, she can support the call to respect women’s rights, and offer convinced support for greater reciprocity between males and females, while not agreeing with everything some feminist groups propose. Along these lines, the Synod sought to renew the Church’s commitment “against all discrimination and violence on sexual grounds”.[17] That is the response of a Church that stays young and lets herself be challenged and spurred on by the sensitivities of young people. (42)

“Looking back on history” to “acknowledge a fair share” of sexism, including violence, is a beginning. But for the smart and insightful young women in my classes in the US, this is far too little and much too late. What, they ask, is being done to address not only that history but its continuing legacy? Where in this document is the pledge to engage in frank theological discussions about sex and gender at the highest level or to welcome women into decision-making as a kind of humble loving service, just as it is for men? A commitment to openness that does not include a commitment to work on concrete change is not going to be enough for the young women I work with.

Similarly, the document notes that

…sexual morality often tends to be a source of “incomprehension and alienation from the Church, inasmuch as she is viewed as a place of judgment and condemnation.” Nonetheless, young people also express “an explicit desire to discuss questions concerning the difference between male and female identity, reciprocity between men and women, and homosexuality”.[34](#81)

It’s true that a rich discussion drawing on the tradition’s understanding of the body and of sex can be both interesting and morally appealing to young people (and to older people, for that matter). But this leaves unanswered questions about the place of, for example, LGBT people when then the document moves on to calling for a ministry that is

capable of being inclusive, with room for all kinds of young people, to show that we are a Church with open doors. Nor does one have to accept fully all the teachings of the Church to take part in certain of our activities for young people. It is enough to have an open mind towards all those who have the desire and willingness to be encountered by God’s revealed truth. Some of our pastoral activities can assume that a journey of faith has already begun, but we need a “popular” youth ministry that can open doors and make room for everyone, with their doubts and frustrations, their problems and their efforts to find themselves, their past errors, their experiences of sin and all their difficulties. (#234)

Every “inclusion” has boundaries, and any institution with a substantive moral vision will have a different kind of welcome for those who disagree on important points, even one that sees every person as a beloved of Christ. What will those limits be and how will they work? An appeal for “open doors” is just not enough when doctrinal and disciplinary questions are so pressing and so painful.

Some of my young students love the Church (as do I). Some continue to give their hearts and their lives to it. But that love is a complication and a struggle for them, often a matter of pain as well as joy. When they want full-throated encouragement of their creativity and bold leadership, an embrace of their youth, many of them, especially the young women, look someplace else. Their clinging to the church is a grace given in darkness and storm.

In another section, Francis criticizes approaches to Catholic education that make schools into “bunkers.”

Some Catholic schools seem to be structured only for the sake of self-preservation. Fear of change makes them entrenched and defensive before the dangers, real or imagined, that any change might bring. A school that becomes a “bunker”, protecting its students from errors “from without” is a caricature of this tendency. Yet this image reflects, in a chilling way, what many young people experience when they graduate from certain educational institutions: an insurmountable disconnect between what they were taught and the world in which they live. The way they were instructed in religious and moral values did not prepare them to uphold those values in a world that holds them up to ridicule, nor did they learn ways of praying and practicing the faith that can be easily sustained amid the fast pace of today’s society. (#221)

But here we see the reverse problem. I expect it is the case that some schools (whether in parishes, homes, or institutions of higher learning) are paralyzed by a fear of change, especially change that costs them some power. But some may (also) be attempting to cope with a profound gap between the culture that gives rise to the globalization of indifference on one hand and on the other, church teaching that clings to commitments about gender and sex in a way that is more rigid than rooted in the gospel and reason. As a general call for “inclusion” is not enough for my woke students, neither is it enough for educators that take what they see as a necessarily defensive posture against secular culture.

The new document is arguing –rightly– that the Lord and the Church that is his body are full of new life, of warmth and creativity and enthusiasm for humanity. Theologically speaking, the Church is young. But when the Pope attempts to include young people by urging them to “remain online” with Jesus (158), not to become “a photocopy” (162), to remember that salvation is not “a new ‘app’ to be discovered” (252), things get, as they say, awkward.

A word to the wise: old people should not try to be cool. Engaging young people is going to be harder work than that. 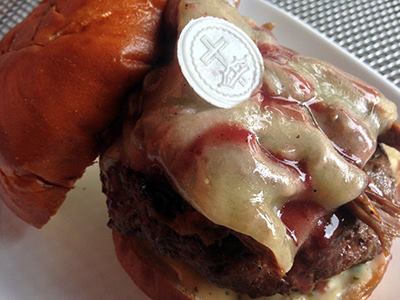 Wafer-Burgers? That’s Offensive – But Not Necessarily Why You’d Think…