Can Neoliberalism be Catholic?

Superb exchange going on over at dotCommonweal over a post about how certain political conservatives, like Rick Santorum or Michael Gerson, try to reconcile their Catholicism with the neoliberal paradigm. For once, even the comment thread is worth reading!

I think this is an important – if not THE important – debate about Catholicism and politics in the current election. Often, the debate over particular policies dominates, but in fact, what we should be looking at are the basic principles of the economic order. If a candidate fundamentally contradicts the basic principles, Catholics should have reservations about supporting him. In the post referred to above, “neoliberalism” is cast in terms of a pure free-market conception, in which governments take a minimal role in economic activity, providing for enforcement of contracts, a stable currency, etc. – protection against “force and fraud.” Others claim that Gerson forthrightly support subsidiary actors – such as families, community organizations, and churches – and so is not in fact individualist.

The (frequently made) mistake here is one that goes back to Edmund Burke, that “father” of conservatism. Burke seeks to deal with nascent industrial capitalism by (Warning: blogging oversimplification ahead…) distinguishing between a sphere of “culture” (or “civil society”) that can be fostered, and refuses to attribute social problems to the mechanisms of the market itself. He defends the market as good, over against the landed establishment (the “nobles”) of the pre-industrial order, which is who he is opposing. But for him, the market is not all there is. (One sometimes sees a variant of this in defending Adam Smith by noting one must read both The Wealth of Nations and The Theory of Moral Sentiments.)

There are two fundamental problems with maintaining this thesis today, which never seem to be adequately explained. First, Burke (like Adam Smith, in this way) is writing prior to the advent of large, joint-stock corporations. They are imagining relatively small-scale market actors. This observation is important for the second reason: it is overwhelmingly clear that large-scale corporate capitalism is destructive of small-scale community organization. As Wendell Berry has written repeatedly, community does not “have a value” measurable in economic terms, and therefore is constantly undermined by the market for the sake of its expansion. One could confirm this thesis by looking at massive, society-wide studies like Robert Putnam’s Bowling Alone, which chart the erosion of “social capital.” Or one could look at everyday experience and the Schumpeterian “creative destruction” that is the lifeblood of expanding capitalism – firms simply do not count social costs when moving a plant, forcing workers to take flexible hours, and a thousand other activities that undermine stable commitments to community organizations. (One of the things that could at least be said for the “robber baron” age of capitalism was that, by and large, these corporations had “hometowns” in which they invested. But the Chicago of Marshall Field or the Pittsburgh of Carnegie are gone.)

Political conservatives are not wrong to maintain that, absent a social “fabric” that is more “organic” to a community or neighborhood, bureaucratic programs have great difficulty making positive changes. But they are mistaken in assuming that “big government” is what erodes social capital. “Big business” is at least as problematic. Conservatives sometimes try to take cover in the works of Pope John Paul II, claiming that his work supports their minimal-state view (see, for example, a proof-texted reading of Centesimus Annus, paragraphs 49-51). But Benedict XVI (Caritas in Veritate, paragraph 38) makes clear that “caritas” is not simply saying something about civil society:

My predecessor John Paul II drew attention to the question [the need for a logic of gift] in Centesimus Annus, where he spoke of the need for a system with three subjects: the market, the State, and civil society. He saw civil society as the most natural setting for an economy of gratuitousness and fraternity, but did not mean to deny it a place in the other two settings. Today we can say that economic life must be undserstood as a multi-layered phenomenon: in every one of these layers, to varying degrees and in ways specifically suited to each, the aspect of fraternal reciprocity must be present.

That is, if you missed it, both market actors and state actors must find room for love WITHIN their activity. Bye, bye, Burke! Neoliberals must be extremely pained to imagine that the logic of gift should not only characterize corporate boardrooms, but also welfare offices.

Ultimately, Benedict’s work continues the tradition of CST, which maintains a balanced approach, accepting markets if they are “circumscribed within a strong juridical framework” by sound government regulation (see Centesimus Annus, paragraph 42), and if they are respectful of the institutions of civil society (including the family), which are in some sense “prior” to both market and state. This approach tends to fit uncomfortably with the rights-based individualism that sometimes contaminates Democratic attempts to work for the common good, but it outright contradicts the anti-government rhetoric of “free enterprise” that is routine among Republicans. It is ironic that candidates are now attacking Mitt Romney for his work at the takeover firm, Bain Capital, and Romney has fired back that he is shocked to find Republicans so desperate to attack him that they are now opposing “the free enterprise system.” The response from the others has been an attempt to distinguish between Romney’s takeover/outsource form of finance capitalism and “real” capitalism.

Now THAT would be an interesting distinction for Republicans to develop! Because, after all, that suggests there is “good” capitalism and “bad” capitalism. Which is exactly what CST believes.

The Fragility of Excellence 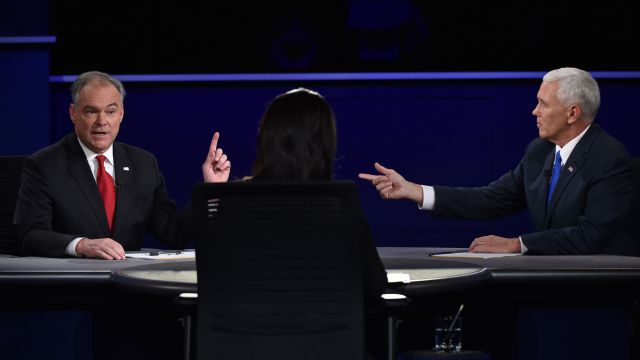