What does it take to feed the hungry?

At the same time, food prices have risen dramatically.  As others have noted here, it is becoming difficult for many people to not experience hunger on a daily basis.  We could definitely be more efficient in what we produce and eat, but prices are still rising.

“Feed the hungry,” Jesus said, and he frequently did just that, accompanying his sermons with food and sharing table indiscriminately with the rich and powerful as well as the lowly and marginalized.  How can we as Christians do this?  What does it take to meet the needs of the neighbor and strangers during this time?

There are 31 food distribution sites in central Westmorland County.  Of these 28 are run by Christian churches or ministries (including four Catholic Churches).   Each of these sites has a particular day and time in which they distribute food.  Their efforts are coordinated so as to not overlap with one another.

These sites need any number of volunteers to operate on the day of distribution.  People from the churches as well as volunteers from the community show up to help.  People who have benefited in the past from these distribution sites often lend a hand.  Saint Vincent College sends countless students to these sites through their Office of Service Learning and Community Outreach.  It requires a large group of people (a group that often times forms a community through the common work).

Volunteers, however, are not enough.  These sites need food to operate.  Some of the food comes from local donations.  People donate canned goods and other nonperishable items.  There are local farmers that help out.  Over the past several years, Neil Palmer has set aside a portion of his farm land to grow vegetables to be distributed at these sites.  (He said he got the idea from the Bible.  Shocking.)

Yet, much of the food for these sites comes from the Westmoreland County Food Bank (WCFB).  The distribution sites come to the food bank for the bulk of their food.  WCFB acquires food from state and federal programs (i.e., State Food Purchase Grant and The Emergency Food Assistance Program) as well as through donations.

Of course, to acquire food, WCFB needs money.  They watch their overhead such that $.97 of each dollar goes to food and food programs, but they still need sources of income.  Their annual budget is $3.6 million.  Where does their money come from?

Even with state help, fundraising, private donations, and low payroll costs, WCFB still had to reduce the amount of food it distributes.  It is less food for the 7,000 families it serves in central Westmoreland County.  This is roughly 12,000 people.  They are over 30% children, 10% elderly, and 50% working poor or disabled.

What does it take to feed the hungry in times like these?  It takes government, private donations, businesses, farmers, students, volunteers, rich donors, concerned citizens and churches.  Even though this is not quite enough and we need to do more, I do not see this situation as overwhelming.  Hopefully, I am not overly optimistic when I see in it the realization that we do not have to do it all or do it alone.   We do not have to feel helpless.  Instead, I see how God has created a world where work can and does connect us with others.  I see when it does, it bears fruit thirty, sixty or a hundredfold.  I see how “we, though many, are one body in Christ and individually parts of one another.  Since we have gifts that differ according to the grace given to us, let us exercise them.”  I see that if we do act, if we do love, we can feed the hungry.

All Francis, All the Time: Reflecting on the Interview

Nothing changing at the Synod on the Family?

How To Be Fired From Your Job at a Catholic Institution: It Is Easier Than You Think! 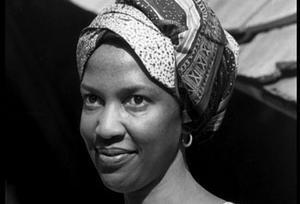