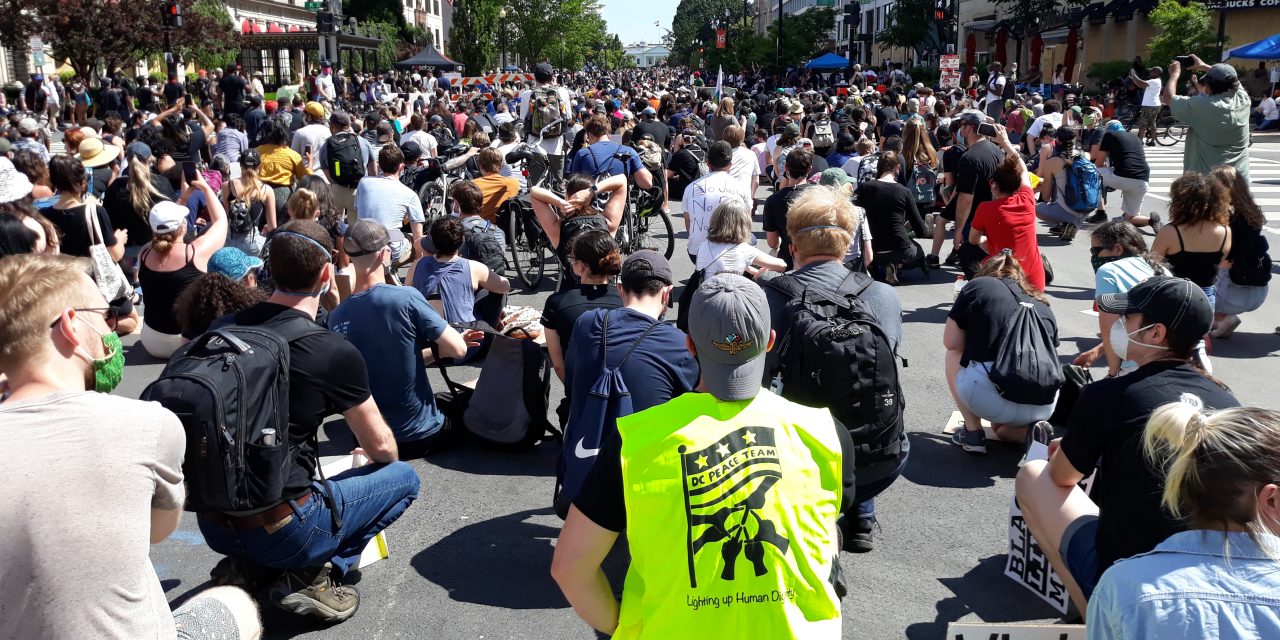 This is a guest post by Eli McCarthy, PhD. He teaches at Georgetown University in Washington DC in Justice and Peace Studies.

As we must name and end systemic racism, we also need to name and end police violence. These intersectional issues perpetuate each other and illuminate the habits of de-humanization underneath each of them.

One truth we miss is that killing people is a form of direct violence. It is destructive and de-humanizing both to the one killed and the one doing the killing (trauma, moral injury, lowering of empathy, etc.). Another truth we miss is that even if killing is considered legal, and for some moral, it is still violence. This is crucial. Because if we refuse to name killing as violence, then we may become collectively less resistant to it and we may obstruct our imagination about concrete alternatives in such situations.

Thus, another truth we may miss is about the notion of “force.” When we regularly hear “use of force” in the context of police or military actions, then we may tend to devalue or miss the powerful force of nonviolent conflict and social movements, as well as restorative justice. Nonviolent conflict includes not only discomfort but also confrontation, as well as non-cooperation such as in boycotts, strikes, tax resistance, and civil disobedience. We must recover more clarity with our language and bodily sense for “violent force” and “nonviolent force.”

An additional point toward such clarification is that some physical force could be adequately described as nonviolent force, i.e. as constructive and humanizing. For instance, if I push someone out of the street before they get hit by a car; hold someone back from beating up another person; or physically block someone from harming another. However, if I use or threaten to use a choke-hold, knee to the neck, tear gas, rubber bullet, or regular bullet toward a person, then I am exercising violent force.

However, there is a deeper, even more insidious truth behind the “use of force” curtain regarding policing. It is this. When we describe policing in terms of “use of force” or “excessive force” we too often re-inscribe and help maintain established wealth and power in our society. Think about why those who engage in burning property, breaking windows, even pushing down police fences as part of a resistance movement get described as doing “violence,” and thus, the claim arises that we need “law and order.”

This truth may be less surprising when we learn about how U.S. policing has significant roots in the system of slavery, i.e. structural violence. Prof. Kappeler explains, “The institution of slavery and the control of minorities, however, were two of the more formidable historic features of American society shaping early policing. Slave patrols and Night Watches, which later became modern police departments, were both designed to control the behaviors of minorities.” Thus, the institutional pattern of U.S. policing maintaining established wealth and power goes way back to the origins. Likewise, Rev. Bryan Massingale wrote recently about how systemic racism benefits white people.

In turn, I believe we are challenged not only to name and end both systemic racism and police violence. But in doing this to also recognize that racism is rooted in de-humanization, and thus, is not merely a sin, but a form of violence. This can take the form of systemic or structural violence, cultural violence, direct violence, and even spiritual violence. Pope Francis connects racism with de-humanization recently when he said, “My friends, we cannot tolerate or turn a blind eye to racism and exclusion in any form and yet claim to defend the sacredness of every human life.” He also notes that violence is “self-destructive and self-defeating” as well as “nothing is gained by violence and so much is lost.”

Therefore, when we more regularly name “police violence” and sense the intersectionality of racism and violence, then I trust our collective resistance will strengthen and our creative imagination about alternative structures of protection will grow.

As a guidepost for such an imagination, I share this quote below from an article by Philip McHarris, a doctoral candidate at Yale focusing on race, housing and policing, and Thenjiwe McHarris, a strategist with the Movement for Black Lives.

Let us boldly imagine and create together…

This post also appears as “Police Violence: We Need to Name It” in the Catholic Standard.