In their excellent discussion of sin and conversion in The Christian Moral Life, Pat Lamoureux and Pual Wadell quite aptly sum up the basic problem of human existence. They write:

Who we are now is not who we should be. But we cannot by ourselves become the people we ought to be. A fairly depressing assessment perhaps, but that’s how Christianity sees us. There is a fundamental goodness to human beings, but we are also wounded, misguided souls with a penchant for mischief and a weary yet predictable talent for losing our way. We are loved and blessed by God, but we cling to behavior that cannot help but harm us. We’re desperately in need of healing–in need of rescue and restoration–but remain mired in patterns of self-sabotage and deceit instead of opening ourselves to the love and mercy that can make us whole (75).

As the expression goes in the blogging world,le sigh. We humans, despite our exalted status among the rest of creation and our extraordinarily noble goal, are bound to fail. It is part of what it means to be human to fall short of that which God intends for us and what we intend for ourselves. We are also proud. Despite the inevitability of failure, we still refuse to admit our weakness. “I see how stiff-necked this people is,” the LORD tells Moses wearily in our first reading. Pride does indeed go before the fall.

The gospel story of the Prodigal Son from Luke is one of the most poignant stories of mercy. In his commentary, Fitzmeyer notes the problem with calling this “The Parable of the Prodigal Son,” siding rather with Jeremias that it should be called “The Parable of the Father’s Love,” which, he says, “comes closer to an adequate summary, for the central figure in the story is really the father.” The loving father is, of course, representative of God the Father who stands ready to offer unconditional love and mercy toward the repentant sinner despite the folly of doing so according to our overly-proud human standards (represented by the older son).

What is most remarkable about all the stories in our gospel reading (and I do hope parishes choose the long version, as these are some of the most poignant readings in the tradition) is their extravagance. Jesus’ questions almost seem rhetorical, but in the negative. “What man among you having a hundred sheep and losing one of them would not leave the ninety-nine in the desert and go after the lost one until he finds it?” The answer seems obvious. Nobody. To do so would be the height of imprudence. “Or what woman having ten coins and losing one would not light a lamp and sweep the house, searching carefully until she finds it?” Not one. And to add to the extravagance, each of our three stories ends in rejoicing over the lost one. The joy of finding the lost one far outweighs the joy over what has not been lost. No wonder the elder son grumbles. His father’s extravagance doesn’t make sense. God the Father’s extravagance doesn’t make sense.

And there is something to be said for wariness towards the Father’s imprudence as serving as a normative basis for human actions. Are we too to be imprudent in the name of mercy? Is the battered wife to take the father as her model in seeing the abusive husband approach from a long way off, begging forgiveness? Is the parent supposed to re-invite the drug-addicted and violent son back into the home, despite a long pattern of abuse, theft, and harm? In what way do these stories serve as moral models?

The key I think is remembering that the story is really about the Father’s extravagance in forgiveness. Like the other great Lukan parable, The Good Samaritan, these stories were originally not moral exhortations, but theological depictions of our redemption and salvation. The Prodigal Son is not primarily a story of how to treat others, but a story of how God has treated us, stiff-necked people that we are who still receive merciful treatment from a merciful God.

This doesn’t mean that the parable is without a moral component. Indeed, this parable and all of the gospel exhorts us to imitate the Father’s mercy. The Christian tradition has done this through the exercise of the corporeal works of mercy which indeed show a level of the same extravagance that might disturb us in our Lukan readings. Thomas Aquinas, in questioning whether mercy is the greatest virtue (II-II 30.4) places it second only to charity since it is by mercy that we most closely imitate God’s actions, and in doing so, become like God.

But human mercy must always be tempered by the knowledge that we are not God, nor is salvation ours to offer. Not for ourselves and not for others. The goal of Christian mercy is to lead others to the merciful God who alone can save. This is why the corporal works of mercy have traditionally been paired with the spiritual works: offering counsel, teaching the ignorant, admonishing sinners, consoling the afflicted, pardoning offenses and injuries, bearing offenses patiently, and praying, both for the living and the dead. The spiritual works remind us that in imitating God’s mercy, we are cooperating with God’s actions, not alone attempting what God alone can do. 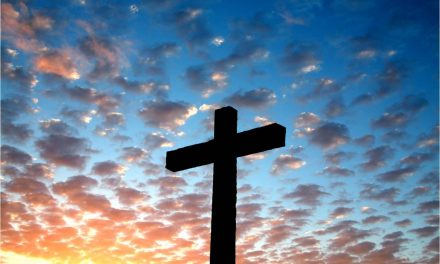