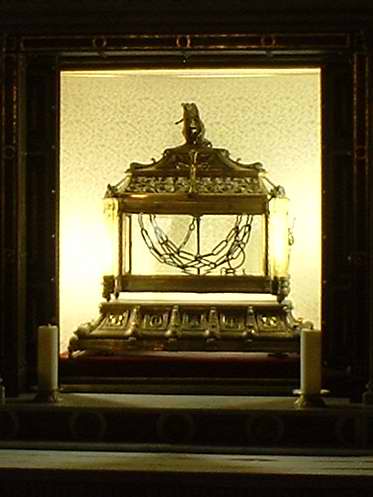 This Sunday happens to fall on one of the most important solemnities in the Church calendar, and perhaps the single most important one apart from those commemorating Christ himself or Our Lady. It is the feast of the two great apostles of the early Church, Ss. Peter and Paul.

I will spare you any cursory account of their lives and why they were so pivotal in the history of the faith. To my mind, at least, such accounts often manage only to make the featured figures or events more distant. Their significance is always affirmed and enshrined, to be sure, but such commemoration sometimes comes at the cost of their immediacy to us.

This phenomenon is all too common to the veneration of saints generally. The statue of St. Francis in my garden may heighten my esteem for the man, but it also places him in another plane of reality than my own, a plane of reality sharply contrasted from the one in which a neighbor or guest might just walk in and have a seat next to me by the roses. It is this phenomenon of distancing that surely drove Dorothy Day to say she didn’t want to be declared a saint, with the explanation that she “didn’t want people to dismiss her that easily.” The problem with memory in general and communal memory in particular is how to maintain devotion to people or events of special significance while at the same time preserving their reality—the sense that they occupy a space common or at least permeable to our own.

We witness this very tension at work in the mind of St. Peter himself in the first of today’s readings, the account of Peter’s miraculous jailbreak from the Acts of the Apostles. Despite being bound by “double chains” and guarded by 16 soldiers assigned especially to him, Peter finds himself wakened and escorted from the prison by “the Angel of the Lord.” Unlike so many other accounts from Scripture in which angels appear to human beings, Peter displays no sign of extreme emotion here: no fear, no dread, no awestruck paralysis. He simply puts his clothes on and follows the angel out, “not realizing that what was happening through the angel was real.” Whether it was a vision or a dream, it is clear that Peter presumed it to be disconnected from his usual reality, part of a realm in which such things could routinely occur, and so not one to be taken all that seriously. It is only when the angel leaves him that he realizes (to his own shock) that the event was not in fact limited to his own consciousness, but was rather part of the shared reality of his waking life.

As if to further accentuate this part of the story, the Church continues to display what it claims to be the very chains mentioned in this passage. Anyone can see them today in the church of San Pietro in Vincoli in Rome. Featured prominently in the nave is an ornate glass case with a pair of manacles inside that look as heavy-duty as they are ancient. Even apart from questions concerning their authenticity, I found it quite moving to gaze upon those chains and to imagine St. Peter wearing them—and then not wearing them—so many centuries ago. The continued veneration of this relic speaks to the need we have to draw saints like Peter into our own quotidian orbits with more than mere words and mental images. Like Peter himself, we need to be awakened not only to the fact that God wills and works our salvation, but also to the fact that this salvation is real and not merely a product of our own imagination.

We should not be content, like so many of our “enlightened” predecessors from Jefferson to Kant to Bultmann, with a “demythologized Gospel” that reduces the faith to an abstract essence whichcan then be safely incorporated into the superordinate humanistic ideals which are our true objects of devotion. We must continue to pray for and anticipate the help of angels, and to preserve the chains they unlock when our prayers are answered. We must regard the lives of people like Peter and Paul as continuous with and interwoven with our own lives, present to us even (and especially) when we are not acting “in religious mode.”

What is it, then, that can most preserve a sense of the real solidarity that exists between us and those faithful ones who have gone before us? The readings for today give us two possible vehicles that can accomplish this mediation: the first is perseverance in the self-giving work of evangelization, and the second is faithful profession of Jesus as Messiah and Lord.

There is no solidarity like the solidarity of suffering for the sake of a common and worthwhile cause. There is no fellow-feeling, no sense of commitment and friendship like the one that comes from perseverance amidst the hardships of a difficult task. Only those who dare to descend into such depths of self-oblation can experience and attest to the reality of the bonds forged thereby. The elite and enlightened philosophers like Descartes and Berkeley can all-too-deftly doubt the reality of their experience of the world around them, and spin their complex and lengthy philosophies from such doubts. But no one (at least in my own experience) has entertained such skepticism when their own safety or sustenance is in question. For those who suffer with and for the poor and marginalized, there is no questioning the reality of their experiences. They know without any doubt that they are real, because the need to which they are responding is real.

Similarly, though often in a more mysterious manner, reality calls out and coalesces around the common profession of Jesus as Lord. In those moments when “two or more are gathered,” where the experience of the Lord’s saving grace is palpably shared, there is no denying the real.

Thus unlike St. Peter, we do not find St. Paul ever struggling to determine whether his own experiences were real—even his “vision of the third heaven”! I would even contend that the question never arose in his mind, for the simple fact that he was too busy, too practical, and most of all too self-extended to entertain such flights of fancy. “I, Paul, am already being poured out like a libation,” he writes in the second reading for today. “I have competed well; I have finished the race; I have kept the faith.”

If St. Paul’s sanctity consisted, at least in part, in his self-effacing preoccupation with serving others, often at his own expense, then I have seen that sort of sanctity recapitulated many times in my own lifetime. I myself have certainly not attained to it—for, as you see, I am still bothering to write about it!—but I have perceived and experienced the crucial link between the apostolic age and our own: the kind of receptivity to God’s work that would allow an angel to liberate someone from imprisonment, and the sort of unswerving devotion to ministry and service in which a person could “pour themselves out” gladly on account of a divinely-inspired love of souls. 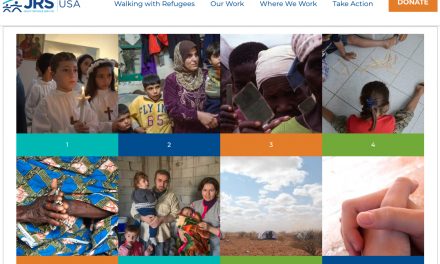