The cost of colleges has been going up.  This is not a surprise. It is disturbing, in part, because more and more people need a college degree to get by in today’s society.  Several studies demonstrate that college graduates earn far more money, have better benefits, and enjoy greater job satisfaction than those who only have a high school diploma.

For Catholic colleges and universities, it is also disturbing as they must, in some way, shape or form, embody God’s commitment to the poor and vulnerable in society.  Originally, Catholic colleges and universities in the United States arose to deal with immigrants and their integration into society.  Now they find different ways to serve those in need in our society.  It is no easy matter though, for even with the rise in tuition these institutions often struggle to pay the bills.

One of the key ways that colleges and universities have attempted to cut the rising costs of tuition is to cut “cost of instruction,” in other words, faculty salaries.  Some argue for reducing the number of full-time faculty positions, and others want to get rid of faculty altogether.  A closer look at the overall costs associated with higher education, however, reveal that increases in faculty salaries have not been the primary culprit. Faculty numbers have kept pace with student enrollment.  Moreover, full-time faculty members have more and more been replaced with adjunct faculty, who are then paid a set stipend far below the full-time salary and are ineligible for health benefits and retirement.  It keeps the actual “cost of instruction” down.

In his book on administrative bloat, The Fall Of The Faculty, Johns Hopkins professor Benjamin Ginsberg reports that although student-faculty ratios fell slightly between 1975 and 2005, from 16-to-1 to 15-to-1, the student-to-administrator ratio fell from 84-to-1 to 68-to-1, and the student-to-professional-staff ratio fell from 50-to-1 to 21-to-1. Ginsberg concludes: “Apparently, when colleges and universities had more money to spend, they chose not to spend it on expanding their instructional resources, i.e. faculty. They chose, instead, to enhance their administrative and staff resources.

In order to save money, we think that the time has come to adopt an approach to administration that mirrors the growing trend in the area of instruction: we need to hire adjunct administrators.  This move would greatly reduce the cost of colleges and universities.  Administrators would not be full-time but just receive a stipend for whatever task they were hired to complete.  Just think . . . .

Some might argue that only competitive salaries will attract the best people in administration. Additionally, some might say that people in the Office of Institutional Advancement need to have a deep commitment and a familiarity with the institution in order to be effective fundraisers over the long haul, or that those who represent the college in public ought to have a deep and lived knowledge of the community of scholars they represent. Moreover, institutional decisions should be made by long-term employees who have significant institutional ties and commitments. But are these concerns enough to outweigh the potential economic benefits? Maybe we should ask the adjunct professors their opinion. 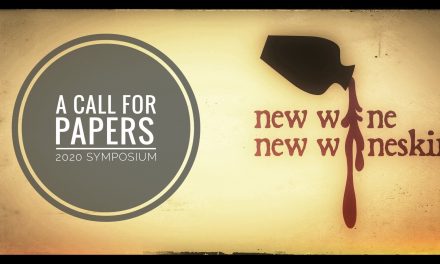