Both Isaiah and Matthew begin with a reference to the lands of Zebulun and Naphtali, and the road to the West of the Jordan river near Galilee.  And I admit I had to do a little research to see what the significance of that land is.  It turns out that Zubulun and Naphtali are the names of two tribal lands occupied by the Israelites after settling in the promised land.  As they were some of the lands farthest to the North, they were also the first two lands to be destroyed during the Assyrian invasion of the northern kingdom of Israel (see 2 Kings 15:29-17:6).  The entire northern kingdom was eventually destroyed, leaving the people there who would eventually become the Samaritans (hence, why it is referred to as the “Galilee of the Gentiles”).  After the destruction of the northern kingdom only the land of Judah and its capital of Jerusalem in the South remained of the original twelve tribes.  Thus, the lands of Zubulun and Naphtali can be taken symbolically to represent the beginning of the dissolution of the unity of the Israelite people, torn apart by internal fraction (the split between the northern and southern kingdoms) and by external invading forces (Assyria, then later Syria, Babylon, Greece, Rome…).

First, note that Isaiah prophecies a return of this land as the rod of the taskmaster is broken.  Second, Jesus begins his public ministry in those same lands, fulfilling Isaiah’s promise.  On the surface, this is a straightforward fulfillment of prophecy, but I think we can go even deeper into what is being symbolized as Matthew portrays Jesus making a conscious decision to begin his ministry of healing, preaching, and salvation in the lands of Zubulun and Naphtali near the sea of Galilee.

Paul notes that “there are rivalries” among the people of the church at Corinth, and he urges them “that there be no divisions among you.”  On the one hand, it is naive to think that the church will ever be free of human divisions and rivalries.  But on the other hand, perhaps these divisions – the metaphorical lands of Zebulun and Naphtali – are still the places where Jesus would go first to begin his ministry of healing.

One area of division and dissolution in the church has occurred in the over-politicization of the church and of the gospel in the past few decades.  The Christian sociologist, James Davison Hunter, has recounted the church’s willing engagement in the worst forms of political rhetoric and its vilification of those who are considered “outsiders” to authentic Christian values.  (These can be those of other traditions or secular liberals, but it can also be Christians who do not toe the ‘orthodox’ party line.)  Even Glenn Beck has recently (kind of) apologized for his “fear-mongering, race-baiting, conspiracy-theory-spreading, and general wackiness” during his tenure at Fox News.  Certainly our engagement as Christians with these forms of media and the rhetoric that is fostered by the culture wars is one of the most vitriolic places of dissolution in the church and in our culture today.

Of course, not all hope is lost and there are resources within the Christian tradition for rethinking how Christians might engage in a more charitable form of public rhetoric and in more healthy efforts to shape culture.  But we are going to need to re-imagine what this this looks like.  We have to ask if our techniques for witnessing to the moral truth of the gospel reflect the form of the gospel message itself, which is grounded in Jesus’ healing ministry and willingness to step outside of the main contours of first-century Jewish culture, to go “Galilee of the Gentiles.”  We will need to creatively cultivate a more loving, healing dialogue rather than denunciation and vilification.  Certainly this week’s reading provide food for thought on how Christians can move forward in cultivating a more charitable public rhetoric within democratic societies. 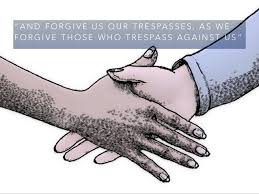 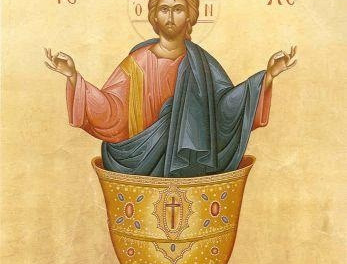 Beyond Noticing: Learning to See