Let’s be honest: it is hard to delve too deeply into the feast of the Ascension without sounding either like a gnostic or a mythologizer.

On the one hand, you could say that Jesus simply dissolved himself from the material realm and now dwells in some “higher” realm beyond space and time where we too may one day join him. This initial construal may be theologically orthodox on some level, but I have always felt the specter of gnostic dualism surrounding it. Now that Jesus’ work is done, he need not have anything to do with this world of materiality, and can (finally) free himself from its limitations and degradations to join the heavenly Father in the incorporeal realm. Jesus can now be everywhere and in everyone, infinitely permeating all reality with his presence. It no longer matters that Jesus is “here” with us: that I can point to him, look at him, embrace him, anoint him. Yet if part of the significance of the Ascension is that the particularity of “place” is no longer of concern, then why does Jesus make the promise that he is going to prepare a place for us in his Father’s house? Why use the spatial language within the very act by which you emancipate yourself from the limitations of space?

David Burrell tells a story about an experience he had with a group of Muslim women who once asked him why he believed it to be more appropriate for the God of Abraham to have revealed himself through a person rather than a sacred text. His response was “because you can’t hug a book.” And yet, as the women pointed out, texts are less susceptible to the finitude of human existence. “God would have to assume a gender to become human,” the women rightly pointed out, and don’t we all know the complications and dangers that come along with that fact? Texts are less complicated: they do not bleed or sweat or grieve. And yet it was a person which the apostles loved and to which they adhered as the full revelation of the Father.

It was to a real human person whom they loved with their all-too-human hearts that they now had to bid farewell and whom they had to watch as He faded from their sight. I can’t help but think that I myself would not feel too comforted by Jesus’ exhortation, “let not your hearts be troubled.”

My eldest two children were once a part of a catechism class in which one of teachers died relatively suddenly from a brain tumor. The next time they met, they finished their class in the usual way by gathering in a circle and sharing their prayer intentions. One girl began the prayer with a simple yet profound statement of grief: “For Mrs. O___, who isn’t here anymore.” At first, I almost thought the prayer a little callous in its matter-of-factness, but then it occurred to me that this fact is indeed the very essence of death’s “sting:” the ones you have loved are simply not here. Once the trauma of such a loss abates, it is this sting that remains beneath the surface and makes itself felt acutely from time to time. One has something to share, wishes to see an expression or hear an old familiar laugh; and yet the person isn’t there.

So to make ourselves too content with this standard account of the Ascension as a translation from the material world to the spiritual world can trivialize the deep human love which made the disciples so troubled. We still find ourselves “here” in time and space, and yet it seems as if Jesus has moved on.

Interpretations of the Ascension may go to the opposite extreme as well, of course. In college, I remember being a witness to a fascinating debate between two philosophy doctoral students arguing about whether or not Jesus could theoretically be bodily discovered via space travel. I was so taken aback that two people whose critical intelligence I respected so much were taking this proposition as seriously as they were. But they were serious analytical Thomists, ardently (perhaps slavishly) dedicated to a non-dualist anthropology, and so if Jesus is to remain a fully human person after the Ascension, then he must have a body and that body must somehow correspond to spatial coordinates.

For obvious reasons, one hears this elaboration of the logical consequences of the event less often, since, well, it borders on parody. Yet a literal interpretation of the Ascension as an event in space-time is all too common. The only reason why we never hear about whether or not we could theoretically follow Jesus’ route in a spaceship, is simply that most of us just write off the whole story as a kind of myth. It certainly has the ring of myth about it, does it not? It also may sound to many people like the hasty explanation of someone straining to account for why a resurrected (and immortal) person no longer makes any further appearance in our midst. “He, er, he ascended into the clouds! Yeah, that’s it—just floated away into heaven.” Really? Couldn’t you have at least given him a flaming chariot like Elijah?

So what is an anti-dualist Christian to make of the Ascension? How can one maintain the integrity of Jesus’ corporeality without descending into purely mythic language?

Speaking only for myself, I have found a passage from Pascal a helpful point of departure for contemplating what alternative direction one might go: “As Jesus Christ remained unknown among men, so His truth remains among common opinions without external difference. Thus the Eucharist among ordinary bread” (Pensees 789). After the rant above, it should not be a surprise that at the end of the day I find the Ascension a deep mystery. Yet what makes it a vital and fecund object of contemplation instead of simply an implausible incongruity is the bodily presence of Christ in the Eucharist. If Jesus is the mediator between God and man and the source of eternal life, then our hope of participating in Him must ultimately involve some continuing corporeal link.

We are now Christ’s manifest body in the world, but as Catholics we also believe that Christ’s body also remains present in the world under the aspects of bread and wine at the altar of sacrifice. There his body is hidden, but it is real and complete. Furthermore, it is not there for itself alone, but only because of the Spirit which has formed it in the womb of the church to be offered as a sacrifice and consumed by those who pray to be consumed by it.

I admit it: I fervently long to meet the Lord face-to-face one day, just as I long to hear the voices of my beloved dead once more. Perhaps that is a too fleshly, too this-worldly hope. Regardless, it is the reason that I struggle with this feast, and why I cannot but fall back on the real presence of the Lord in the Eucharist as my primary consolation in light of the fact that we no longer witness the bearded first-century Jew appearing through locked doors or showing up randomly as a dinner guest before disappearing after the blessing of the food. He may no longer wait for us by the shore eating his charcoaled fish (for breakfast? really?), but he does wait for us in the tabernacle, and upon the altar, and most of all in one other.

Conditions of Trust: The Third Sunday of Lent 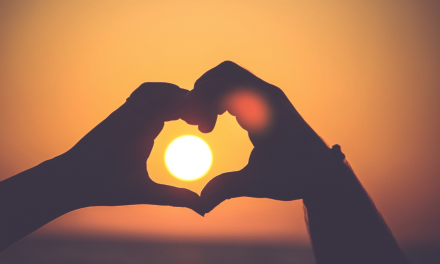 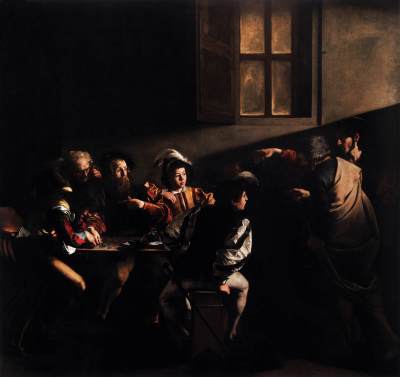