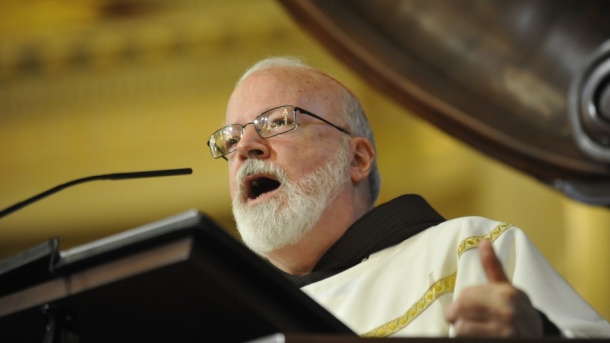 For many of us in the world of Catholic moral theology, our thoughts and attention turn to Washington, DC, each January 22, as thousands upon thousands of people converge upon our nation’s capitol to March for Life.  Many of our bishops are there, our colleagues, our students.  This year marks 41 years since the Supreme Court’s landmark Roe vs Wade decision, which paved the way for legalized abortion in all 50 states.  Since then, over 56 million unborn children have lost their lives to abortion.  One of the highlights each year is the homily preached at the vigil the night before the march.  This year’s preacher was Cardinal Sean O’Malley, Boston’s archbishop and member of Pope Francis’ advisory group.  His talk was stunning and wonderful.  Rocco Palmo has the video embedded on his post here, together with some reflections on the homily himself.

I will lead with the stunning, almost.  It’s crucial to say that the stunning part came in the last half or so of the nearly half hour talk.  It came after about 15 minutes of applauding those who witness to the right to life of the unborn and all the vulnerable, of insisting that there are no human rights without the right to life, of applauding those who witness to the Gospel of Life though surrounded by the euphemisms and brutalities of the culture of death.  He then turned to the gospel, which seems to have been chosen especially for the occasion.  The story was that of the woman caught in adultery (John 8:1-11).  The story, of course, involves an angry crowd ready to put the woman to death for the crime of adultery, and a group of Pharisees who try to trap Jesus into either upholding the law by advocating for her death or directly denying the law by suggesting mercy.  Jesus writes in the sand (+O’Malley suggested he was writing the sins of the crowd for their consideration), and suggests that one who is without sin should cast the first stone.  The crowd disperses without condemning her and Jesus sends her off with “Go and sin no more.”

And +O’Malley began to draw a comparison: isn’t a woman facing a difficult pregnancy a lot like that woman caught in adultery?She is overwhelmed, alone, afraid, confused.  Here is the part, though, that stopped me in my tracks: “We never want that woman to experience the pro-life movement as that angry crowd.”  Of course, this is true.  No pro-lifer wants any woman, especially a pregnant woman who is feeling vulnerable, alone, and afraid, to experience the pro-life movement as an angry crowd.  But it’s equally true that, too often, this is exactly the case.  We don’t mean to come off as an angry crowd, or judgmental groups or individuals.  But clearly some people perceive us that way.  And Cardinal Sean stood in front of a huge church packed full-to-bursting with some of the most passionate advocates against abortion, gathered as crowd of witnesses and said: it is on us to carry ourselves in such a way that we cannot possibly be perceived that way.  He put it this way:  “The pro-life movement needs to be the merciful face of God to women facing a difficult pregnancy.  Being judgmental or condemnatory is not a part of the Gospel of Life.”  When I think about the fact that the Chair of the USCCB Committee on Pro-Life Activities stood up in front of the March for Life crowd and compared them to a crowd of scribes and Pharisees trying to trap Jesus … it takes my breath away.  And, of course, it’s spot on.  Not that pro-lifers are an angry, judgmental crowd.  But we can certainly come off that way, and we need to be aware of it.  And we need to seek to be more like Jesus in this story than like the scribes and Pharisees.

Cardinal Sean went on to say what is obvious to those who think about it: “The truth is that the only way that we can save those babies is by saving the mothers.” Our polarized political discourse tempts us to believe that we must choose between the rights of the mother or the rights of the child, that we must pick one.  But the truth of the matter is that when women experience mercy, compassion, and supportive community, they are much more likely to choose life for their children.  As Cardinal Sean said, “The antidote to abortion is solidarity, community, where people are willing to care for one another and for the most vulnerable.”

Cardinal Sean went on to tell the story of Dr. Bernard Nathanson, founder of NARAL, who at one point performed about 100 abortions a day, eventually had a crisis of conscience and became an opponent of abortion and the abortion industry.  He connected this story to the conversion of Saul of Tarsus, the one-time persecutor of Christians who became the great evangelizer St. Paul.  The call was clear: if you are a pro-lifer, show mercy and compassion.  If you are someone who has had an abortion, performed them, advocated for them, or even just been indifferent: mercy is yours, change is possible, and we will embrace you.  This is, of course, an invitation to abortion advocates, to women and to men who have felt that abortion was something that they had to choose.  But it is also a clarion call to pro-lifers: lead with love, with mercy, with compassion.  Be the compassionate face of Christ, not the judgmental face of the angry crowd.

And, of course, this was the wonderful as well.  Cardinal Sean managed to insist upon the centrality of the right to life to the entire human rights tradition.  His talk was uncompromisingly pro-life but he managed to make it pro-woman as well.  He affirmed all the best of the pro-life movement and its witness, while offering an important caution and a very Franciscan (in the Pope Francis sense) call to lead with accompaniment and joy and love and mercy rather than judgment.  He affirmed the importance of witness, but also the importance of mercy and of repentance that is willing and able to accept mercy.  He called for the telling of these stories, and of the stories of adoption, the stories that tell of love and mercy and connection and community.  This is how we create a culture of life. This is how we evangelize. 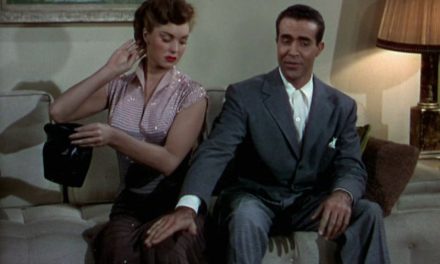