UPDATE: Irony. When this essay was initially posted, the paragraph where I reflect on the past twelve months made it seem that I thought some of my friends’ posts here were “bad blogging” – which was not at all what was intended. I hadn’t finished the clause about “one day”. In part, that was due to the kinds of editing questions we face everyday, online or not. I read and revised this piece through at least 5 times before posting, but I never noticed the mistake. Until thirteen hours later, that is, when one of my friends here asked me about why I hated his post. This is where the irony comes in – the dangers of online speech displayed in a post about the dangers of online speech. In other kinds of public written discourse, there are usually other eyes logistically set in place (e.g. editors) that examine pieces for their consistency and flow and so on. That is not usually the case with blogging, which is much more dependent on individual editing and revision. That is not to say that there aren’t mistakes made in offline writing too, of course there are. But those extra sets of eyes are useful for catching things before they reach the public gaze (the several links and the few hundred people who read the post before I caught the mistake). Anyway, I have clarified what I meant, below – which is not to say my friends here won’t disagree with what I say anyway. But it is to tender apologies for faulty editing, and to say, really, truly – I do like your posts. And as I say at the end of this piece, I’m glad we’re all in this blogging adventure together.
******

Charlie Camosy asked if I’d be the first to respond to Michael Sean Winters, since much of my recent writing has been about doing theology online. Michael Sean Winters – a heartfelt thank you from me, on behalf of the blog, for your lovely and gracious post. I almost don’t recognize ourselves!

That leads me to the first thing I want to say, which is that he gets us, and he gets what we’re trying to do:

Ours is a fast and furious culture. Our Catholic theological traditions are not fast and not furious. But, by discerning the times, with Christ as the measure, CMT helps the culture slow down and calm down and helps the Church engage the culture in an idiom that can be understood.

He seems to think we’re actually doing it, too, and that’s the point where I raise my questions today – because I’m not so sure.

When I first agreed to be part of this blog, it was with the certainty of two things: 1) that we can’t get away from the internet because it is simply part of how we engage with each other. Of course there are people who do not participate in internet discussions, but I would want to say that even their thinking, mannerisms and ways of interacting are mitigated by the internet, and more broadly, by a technologized culture. 2) Theology happens online, good and bad. The theological conversations that happen online are often ones that I covet because I’d love to see any of my students in my offline classes argue about the Trinity, or the existence of God, or the church’s teaching on war, with any of the tenacity that I see online. Of course, by the same token, I also dread internet conversations, because it is that same tenacity that promotes a decided lack of charity between people. Maybe that’s in part because we mere humans can’t distinguish between being in the presence of robots masquerading as humans, and being in the presence of humans masquerading as machines (online), as Sherry Turkle suggests in her excellent book Alone Together.

Being certain of those two things led me to be part of a more concerted online presence of moral theologians, people who were comfortable with internet formats, who saw some of the same give and take I saw, and who were willing to attempt better ways of conversation.

Yet as I think back through the past twelve months, and even beyond that, to the whole planning of this enterprise, I must admit that there has been more than one day of heavy comments that verged on being more than we could handle (the memorable Vicks and animal torture or the death penalty discussions, for example), more than one bad blogging moment (my own, here: “Did I really say that?”), more than one freaky online encounter (yes, I’m talking about you! ;-)), when I have wondered if we aren’t just contributing to the morass of loud, fast, and dichotomous internet speech.

For example, sometimes I think we’ve been enticed by the speed of the internet. We’ve sometimes had behind-the-scenes conversations where we’ve been worried that we’re not “hitting” a popular topic related to Catholic moral theology enough, or quickly enough. We do move slowly, because we were trained, in graduate school, to worry about the particularities of words and the presence of a comma. Our readings of, and study with, Thomas Aquinas and Lisa Cahill and Henri de Lubac and Augustine and Jim Keenan and John of Damascus and Stanley Hauerwas and Hans Urs von Balthasar and Jean Porter and so on, demanded that we take care with our words.

Yet no matter how much time we spend writing a post, at some point it does get posted and it does come under the online gaze, the fast and furious culture that Winters speaks about. At that point, it doesn’t matter how long we’ve spent working on it – the post will take off in directions we wouldn’t have dreamed of, comments will appear in fast and furious manner, demanding to be approved. The slowness of our posting gets overrun with the crazy pace of the internet. So, I end up wondering if the nuances, the carefulness gets overlooked, not only because we’re at internet speed, but also because we ourselves can get caught up in wanting to have the popular posts, the ones our friends link at Facebook.

I worry, too, about the ways in which the internet, and our blog with it, has perhaps shut off some of the conversations, in part because it is so public. I think more than one of us has been nervous about writing because the topics in Catholic moral theology are pretty much always guaranteed to strike someone’s nerve – what if the nerve it strikes belongs to an academic or ecclesial superior? Or one of my friends here at the blog? What if that leads to silence rather than discussion, because it is simply easier and less time-consuming to turn off and disengage the internet? Blogging takes some time and consideration, depending on how careful and/or inspired we’re feeling at the moment, and all of us have many other things on our plates. Sometimes it’s just better not to get involved in the conversations, or with these friends, commenters, or imagined conversation partners, and it’s certainly easier to disengage online than it is to disengage the person sitting across from you at a table IRL. [Caveat here: I think it is intensely important that most of us at this blog know each other IRL and can, at the least, envision each other at someone’s kitchen table.]

Or, related, what about the ways that internet discourse can make us highly regret putting our words out there? The strange paradox of internet speech is that it is simultaneously forgettable and also long-lived. People will probably forget what I say here (and soon – probably in five minutes or less). But what if they don’t? And what if something I say happens to be pitched at just the right level that it goes viral, and spins out into all kinds of ways I couldn’t anticipate? It is also far easier to search for, and drag out again and again, someone’s words from several months or years ago now than it was in the days of microfiche and microfilm, making it seem, truly, that words never die. In Catholic moral theology, that can be a problem – especially when my ideas change or develop (as they should, given that theology is never a “done” enterprise, our words about God are never quite “it”.) And while I have the power to change what I write here, even months and years in the future, the medium is also rather unforgiving, exactly because other people, too, have the power to cut and paste and link and comment and dissect as well. And, the medium remembers what we said originally, too….

All of which is to say, it is quite scary, sometimes, to step out there and try to say truthful theological words online. However much we, as a group of Catholic moral theologians, have been attempting to have good conversation online, I think we have also been shaped by our online medium, in all kinds of mixed ways.

So I return to the convictions with which I began: that we can’t get away from the internet, and that theological conversation happens online. Given that, I reflect here a year later: am I a better theologian because I’ve been blogging online? Are my relationships with these good friends and colleagues of mine, commenters included, enriched? Am I speaking more truthful words about God?

I can’t give an unequivocal yes or no to those questions. Maybe, like our patron saint Thomas Aquinas, I’ll have to say that I can answer these questions in two ways. The first way is what I’ve outlined above, the continuing concerns that I have about internet theology and the ways in which we contribute to various online theological conversations. And, as part of this answer, I suggest that we continue to need all our offline connections with our parishes, academic institutions, real-life students, and so on, to make this thing work.

But the second is, well, yes. There have been innumerable times over the past year when I’ve looked up from reading one of our blog posts, whether news, or Catechism commentary, or lectionary, and had a feeling similar to the feeling you get when you return home from a really excellent academic conference. Here has been a chance to trade ideas, even if more quickly written than we would have liked, or less-than-ideally spelled out. Here has been the chance to meet new people, especially the ones who have come back again and again to our posts and made us clarify our answers and think better. Here has been the chance to contribute to Catholic moral theology in ways that I think are necessary in this internet age of ours – especially in light of how much Catholic moral theology has been part of very recent cultural conversations, as MSW mentions.

So, while my questions about theological speech online are not yet definitively answered (if they ever will be), I must say I still think being online is important, and I feel privileged and very glad to be undertaking this blog-work with you. God’s blessings on us and our work together over the next year! 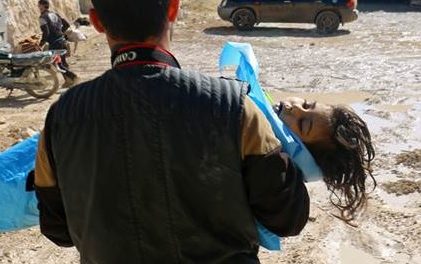