A timeline of events:

April 29, 2011 – Congressman Ryan writes a letter about his budget/fiscal ideas to Archbishop Dolan, partly responding to his January letter to members of Congress.

May 11, 2011 – Catholic scholars publish an open letter to Speaker Boehner.

May 18, 2011 – Archbishop Dolan responds to Congressman Ryan. The letter is published by the congressman.

Googling “Ryan and Dolan” yields some interesting results relating to this timeline. Some have suggested that Archbishop Dolan is tacitly approving the Ryan Budget and, by the same token, speaking against those Catholic scholars who made their request to Speaker Boehner (though it should be noted: the audiences of the scholars’ letter and the archbishop’s letter are different, even if drafted both to Republican members of the House of Representatives).

Others have insisted that we read Archbishop Dolan’s letter in its proper context: it is a response to Rep. Ryan’s letter, not an approval of his budget. Of course, Archbishop Dolan expresses “appreciation” of the fact that Ryan’s letter discusses the important issues that the bishop seeks to address, but on my own reading, it does not go quite so far as to approve outright Ryan’s letter, but rather that the congressman recognizes the principles of Catholic social teaching:

It is clear that all of this correspondence reflects recognition of the foundational principles at work.

And, finally, many have insisted that the letter released by the USCCB represents a slap in the face to the theologians who have written their own public letter to Speaker Boehner, coming as it does, a week after the theologians’ missive.

I’m not sure myself. What is clear is that both the archbishop and the theologians insist on the primacy of caring for the poor and the disadvantaged:

A just framework for future budgets cannot rely on disproportionate cuts in essential services to poor persons. It requires shared sacrifice by all, including raising adequate revenues, eliminating unnecessary military and other spending, and addressing the long-term costs of health insurance and retirement programs fairly.

And from the archbishop:

A singularly significant part of our duty as pastors is to insist that the cries of the poor are heard, and that the much needed reform leading to financial discipline that is recognized by all never adds further burdens upon those who are poor and most vulnerable, nor distracts us from our country’s historic consideration of the needs of the world’s suffering people. The late Blessed Pope John Paul II was clear about this when he said: “When there is question of defending the rights of individuals, the defenseless and the poor have a claim to special consideration” (Centesimus Annus, 10, citing Rerum Novarum, 37). In any transition that seeks to bring new proposals to current problems in order to build a better future, care must be taken that those currently in need not be left to suffer.

Further, the archbishop appreciates Ryan’s “assurance that your budget would be attentive to such considerations and would protect those at risk in the processes and programs of such a transition. While appreciating these assurances, our duty as pastors will motivate our close attention to the manner in which they become a reality.”

In other words, the bishops will continue to be concerned for any proposal and its affect on the poor.

So, my own thought is: rather than trying to see this debate as between theologians and the magisterium, I’d like to discuss Congressman Ryan’s letter for how his proposal meshes with Catholic social teaching. Then we all could have some honest discussion, along the lines of what the archbishop suggests. It is true that Catholic social teaching does not presume a particular style of government as the best – so let us squarely discuss how the differences play out when it comes to consideration of the poor.

I think Congressman Ryan’s office’s release of the archbishop’s letter is rather disingenuous, since it clearly allows Catholics to presume, once again, a tired distrust between theologians and magisterium – so that therefore the “good” Catholics will line up with the bishops and the theologians are left to squawk loudly.

I think, instead, that the bishops and theologians, in this case, are far more united than it might appear from the internet news stories. 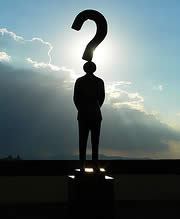