This post is part of CatholicMoralTheology.com’s commentary on the Catechism, Part III, Section One, Chapter Two (topics from the Compendium of Social Teaching), topic six “The Family.

In Catholic Social Teaching, family is defined as “a community of love and solidarity, which is uniquely suited to teach and transmit cultural, ethical, social, spiritual and religious values, essential for the development and well-being of its own members and of society” (#229).  It may be useful to begin by noting what is not being said. Family is not a fortress where we can hide from the world, not just a place of comfort, not only directed to procreation, not even just a community of love.  Rather, the family is “the first and vital cell of society” (#211), where love and solidarity come together.

The interplay between love and solidarity is present throughout the section of the Compendium on the family and is evident in its structure.  In part one, the origins of family in both nature and scripture are established and the family’s role in the formation of persons is introduced. Part two focuses on marriage as the foundation of the family.  Part three treats the “social subjectivity” of the family, or the ways it calls forth gratuity, nurtures life, and forms children in virtue.  The family’s active role in society is explored in part four, and society’s duty to support families is addressed is part five. Families are called to first to love, but the social impact of their internal practices, their social responsibilities, and their importance to strong societies are also crucial components of a Catholic vision.

Through the public good of marriage is emphasized, marriage is not seen simply as a contract.  It begins with “’the human act by which the partners mutually surrender themselves to each other,’ and is founded on the very nature of that conjugal love which, as a total and exclusive gift of person to person, entails a definitive commitment expressed by mutual, irrevocable and public consent” (#215).  It is rooted in love and in a commitment to link one life to another.  In making their commitment public, married couples become a witness to the possibility of enduring human love and to God’s unconditional love for humanity (#220).  Marriage is marked by totality, unity, indissolubility, fidelity, and fruitfulness (#217) because it corresponds to the human capacity for love and makes possible its endurance.

Families founded in loving marriages shape loving persons.  Quoting John Paul II in Christifideles Laici, the document claims that all human beings are called “from the innermost depths of self to communion with others and to the giving of self to others” (#212). In everything they do, families bring out this giving dimension of human personhood.  Love is in the air we breathe at home, “[i]n the climate of natural affection which unites the members of a family unit, persons are recognized and learn responsibility in the wholeness of their personhood” (#212). Through the attention lavished on babies and small children, the care of adult children for elderly parents, the love of imperfect spouses, people in a family come to feel loved and learn to be loving. From this foundation of communion, families are called into the world to “participation in social and political life,” particularly in service to the poor and vulnerable (#246, #247).

The Compendium contrasts this positive vision of the family with many problematic trends, including divorce, cohabitation, efforts to legalize same sex marriage, contraception, abortion, artificial reproductive technology and cloning.  It also highlights social problems, such as lack of adequate healthcare, food, housing, education and the trafficking of children, child labor, child pornography, and pedophilia, that are detrimental to the good of children and families.

The positive vision of the document is its strength, but its tone and many denunciations may not seem very welcoming to the diversity of families making up Catholic parishes today.  The document asserts that its vision of family is God’s vision enjoined in scripture and human nature, that family is limited to “one man and one woman” (211), that  “sexual identity is indispensable, because it is the objective condition for forming a couple in marriage” (#224), that fruitfulness in same sex unions is an “objective impossibility” as is true “interpersonal complementarity” (#228), and that laws “must never weaken the recognition of indissoluble monogamous marriage as the only authentic form of the family” (#229).  In the face of widespread Catholic support for same sex union and significant theological work questioning traditional arguments, many readers will find this negativity discouraging.

Puzzling, too, is attention to women’s role in “housekeeping” and the need for women (but not men) to balance this role with work outside the home (#251).  Given John Paul II’s celebration of women’s work in society in his 1995 Letter to Women as well the reality that a large majority of women with children currently work outside the home, and a growing percentage of men work to balance responsibilities at home and work, this seems inadequate.  Work inside and outside of the home can be shared by men and women, and sometimes has to be taken up by single parents, as many Catholic families well know.

Writing about family is always difficult, because the tradition’s high ideals are both daunting and controversial.  It is important to uphold the beautiful vision of a couple who promise each other their love will last, form a home centered on relationships, try to raise compassionate children, and commit to finding ways to lessen injustice in the world.  But it is also crucial to speak with humility and listen to those inside and outside the church who find wisdom in the heart of the Catholic vision while challenging us to greater inclusivity. They are part of our family, too. 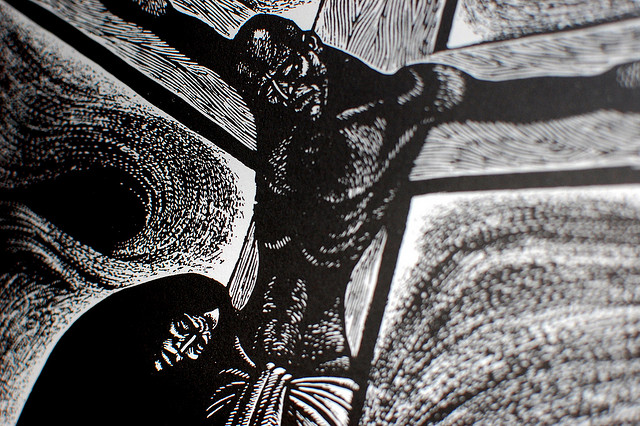