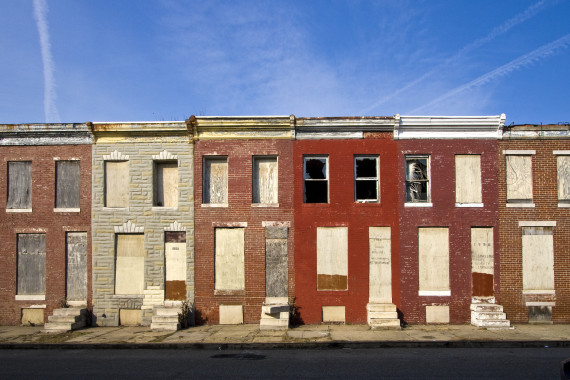 The Atlantic just ran an interesting article entitled “Poverty, Compounded.”  The argument goes that poverty is not one thing but rather the accumulation of many things.  The articles cites a Brookings Institute report that looks at a) five different kinds of poverty “squalor, ignorance, want, idleness, and disease” and b) how those who are poor usually suffer not from one of these poverties but rather two or three of them.  The authors argue that this approach helps to explain at least three things.

First, why poverty differs by race:

“the majority of blacks and Hispanics live with at least one form of poverty, while the majority of whites do not. And for white Americans who do experience one form of poverty, it’s pretty unlikely that they experience any others. For instance, if both a white and black American have low incomes, the white American is more likely to live in a better neighborhood, in better housing, and to have better access to superior education and healthcare.”

Second, the fact the poverty is usually the accumulation of poverties helps to explain why it is difficult to escape.  Getting out of poverty is not solving a problem but rather solving a multitude of problems simultaneously.

Third, solutions to poverty cannot just focus on wages.  Instead, solution should “offer things like better quality public education, low-cost, comprehensive health care, and safer, higher-quality affordable housing, things that could improve the lives of all Americans, regardless of income limitations.”

As a teacher, I see this in some of my students.  Being in Northern Appalachia, there are always a few students in my classes who come from poverty.  For example, students struggle to figure out how college works while also struggling with housing and transportation.  Their ride will not pick them up, so they don’t get to campus to print out their paper for class.  They then assume there is nothing they can do (even though I give extensions as needed) and so start avoiding me and class.  I’ve gotten better at recognizing the situation, but I see the compounding of poverty turning a simple, solvable problem into a Gordian knot.

As a Christian, a people called to solidarity with the poor, it pushes us to see the diversity of poverty around us.  In her recent post on living in the middle class, Beth Haile rightly calls us to “practices of encounter for the middle class to intersect their lives on a regular basis with the poor we are called to love.”  This understanding of multiple poverties means we should adopt practices that help us to see poverty not just in low paying jobs but also in run down houses, in the students who come to college unprepared because of weak school districts, in the sick who cannot afford adequate medical treatment, in this whose social networks are weak or limited, and in countless other ways.  If we see this diversity of poverty and respond, we will grow in the love that Christ requires of his disciples.

Faithful Citizenship Fridays – The American Political System as Mirror to the Church?