“See what love the Father has bestowed on us that we may be called the children of God.”

In this week’s readings, we find some powerful images of our relationship to God.  John’s Gospel speaks of the sheep and the good shepherd while the Second Reading from 1 John identifies us as children of God.  This latter designation, making us daughters and sons of the Most High, is so familiar that it can seem rather unremarkable.  Yet, what does it tell us about human beings that we may actually be called children of God?  One way of deciphering this image is to think of the incorporation of men and women into the Body of Christ, who is the Son of God.  Another way of approaching the matter is to examine the concept of childhood itself.  And here there can be a significant divergence of approach.

One notion of childhood focuses primarily on capacity and status.  The child is by definition immature and incomplete, lacking full understanding and autonomy.  As a result, the child’s status as a moral agent is usually diminished so that he or she is not held to full account for transgressions.  Furthermore, the child’s status within the community is partial.  Enjoying only some of the typical rights, he or she is not a full member of the community.  Overall, such an approach brings greatest attention to what is lacking in the child.  Thus, if we concern ourselves with questions of capacity and status, the “child of God” imagery threatens to highlight deficiencies and inferiority.

In a theological context, this is not without some merit.  Such an approach to being God’s “children” demands humility and an acceptance of human finitude.  Above all, it underlines the radical dependence we have on God.  Yet, despite this legitimacy, this does not seem to be the central model of childhood in mind in the Second Reading:  “See what love the Father has bestowed on us that we may be called the children of God.”

A different approach to the child, one more in line with 1 John, focuses not on capacity and status but on identity and belonging.  Rather than highlighting incompleteness, this second perspective encounters the child in a process of fully becoming who he or she is.  The child cannot come into being without a parent.  Thus, written into one’s very existence is a sense of belonging to another.  The child already participates in the identity of the parents even without full maturity.   Accordingly, we invest in the child the hope that a parental gift or ability will be carried forward into the world.  Dependency remains a central reality in this model, but it appears in the mode of development rather than deficiency.

Thus, when we concern ourselves with questions of identity and belonging, the “child of God” imagery reminds us that, by virtue of our divine parentage, we are in the process of becoming.  As children of God we are not only called to see our radical dependence but to perceive the abundant inheritance that we are called to develop.  We are reminded that we can never realize our own identity without embracing our fundamental belonging to God.  And this is indeed how we can “see what love the Father has bestowed on us.” 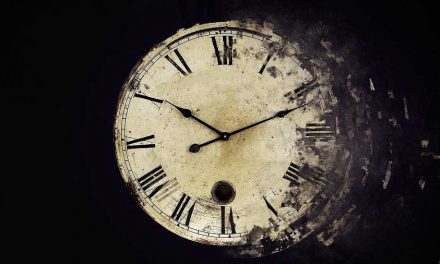 The Spirit in Ethical Reflection