As I was participating in tonight’s Holy Thursday mass, I remembered that Thomas Aquinas wrote one of the great hymns that we sing today – Pange Lingua. This patron saint of ours was a very intimidating person, in more ways than one, wasn’t he?

Augustine is another one who wrote some amazing homilies, clearly tagged for non-ivory-tower audiences. It’s rather unfortunate, I think, that the City of God gets so much attention, because his homilies are packed full of rich metaphors and theological ideas. I have one sermon tacked on my office door that answers the question of why Jesus came to earth only to die:

that bread may be hungry, and the fountain thirsty; that the light might sleep, and the way be weary from a journey; that the truth might be accused by false witnesses, and the judge of the living and the dead be judged by a mortal judge; that justice might be convicted by the unjust, and discipline be scourged with whips hung up on a tree; that strength might grow weak, eternal health be wounded, life die.

One of the reactions I sometimes get when I say I’m a theologian is that we’re too cerebral and don’t participate in “faith on the ground” as much as we should. Maybe that’s because we don’t often write for “popular” audiences? I can’t say I know any hymn writers among the theologians I’ve met. Or if I do, they keep their secrets pretty well hidden. The way contemporary departments are set up, moral theology is often a long way away from so-called practical theology. It is a false dichotomy. I’ve reflected elsewhere, briefly, on how many theologians (and medievalists-cum-theologians) write mystery novels, maybe as a way of reflecting on theological anthropology. So who are the mystery writers among us? (Seriously – I’m looking for a good reflection on moral character….)

I can think of three possible reasons why “we” don’t do this, two of which are ivory-tower related and maybe factor in more than they should. I’m sure there are more reasons. 1) Tenure requirements and, let’s face it, the sensibility that some theologies are more worthy than others. 2) Most of us aren’t priests anymore. We’re lay people with families. We don’t spend as much time as we ought, or want, to spend praying. 3) Humility (false or otherwise). Augustine and Thomas and Teresa of Avila really are hard acts to follow.

That said, I probably ought to get off the computer (another ivory tower tool?).

Blessed Triduum, everyone. See you after Easter.

Becoming Who We Are- 1st Sunday of Lent

What Becomes of the Brokenhearted? Fifth Sunday in Ordinary Time 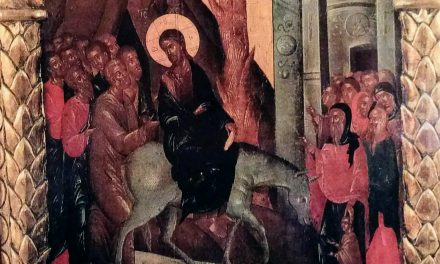